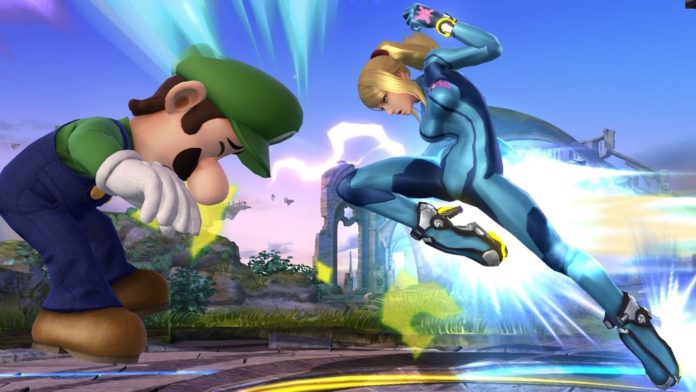 Well, E3 is behind us, and we spent a whole lot of time watching livestreams of the conferences to see what is coming. Weâ€™ve been increasing a lot of our game coverage (and have posted our reasons why before), and E3 is basically â€œthe eventâ€ when it comes to games. Suffice it to say, there was plenty there to get excited about.

What a show. Admittedly, I did not see a lot of it. I’ll be falling back on YouTube to see the stuff I might have missed. I spent about 100% of my time at the Nintendo booth and I don’t regret it for a second. My back pains would argue otherwise but overall I had a blast.

I guess I have to pick five games I’m most looking forward to. Kind of difficult to do since there are really only three. Which is just fine because my backlog is already big enough that I don’t need more games to exacerbate the problem.

I spent most of my time at E3 playing Super Smash Bros. Ultimate. It feels much faster than Smash 4 and tighter. There are a ton of tweaks throughout the game. The new characters are fun and I look forward to playing inkling more.

For non-Nintendo games there’s really only three I am hyped for. The Last of Us Part II looks incredible. And it looks like Insomniac is doing Spider-Man justice in their upcoming game. And if you’ve followed my previous games coverage it’s no secret I’m a Tomb Raider fan. So Shadow of the Tomb Raider is a day one purchase for me.

There are other games I’m interested in but haven’t yet fallen into the must-buy category. Daemon X Machina came out of nowhere and looks interesting. Octopath Traveler is coming out soon, July 13th, but nothing new was shown at E3 (and if there was I completely missed it).

Metroid Prime 4 was noticeably absent this year despite being announced at last year. I guess we’ll have to wait for next year’s E3 to find out anything on that game, that and the Pokémon main line game. That is just fine because, like I said earlier, my backlog can’t take much more.

Itâ€™s far easier for me to pick losers than winners after watching all of the press conferences this year. SquareEnix basically did nothing, and EA continued to EA-up the joint. I know it sounds like Iâ€™m hating on EA a lot, and I am, but I do legitimately miss when they made good games. Some of my all-time favorite games came from that company, and itâ€™s really sad to see how far theyâ€™ve fallen.

SquareEnix, on the other hand, was just weird. They have one of the single most anticipated titles coming in the Final Fantasy VII remake, and they did nothing at all for it. The stuff they did show was just a recap, and it makes me wonder what theyâ€™re up to.

Nintendo wasnâ€™t bad, per se, and Smash Bros. For Switch looks amazing… but the rest of it was basically â€œokay, we know.â€ The only reveal was around some DLC, a game that was some robots and a title, and Super Mario Party. It didnâ€™t wow me, and thatâ€™s a shame. Microsoft was something similar… no surprises but stuff looked good

The ones that did knock me over were Bethesda, Ubisoft, and Sony. Of them, I have to say Ubisoft is the one that put on the best show with the most stuff, and Sony is the one that showed off why they are the king of the consoles right now.

As for what Iâ€™m looking to the most, at least among the stuff that’s coming out sometime soon? There are a lot, but hereâ€™s probably a top ones for me that I will certainly purchase. Obviously, given a lot of the other stuff I posted, Fallout 76 is going to top my list. The info on it is all over the place (though it’s been confirmed that Mods and private servers will show up sometime after launch, and other discussions sound like PvP is opt-in, not just an open free-for-all). November is going to be an expensive month for me.

After that, I’m most excited about The Last of Us 2. I love pretty much everything that Naughty Dog does (bonus that you can get all of the Uncharted games and Last of Us on the PS4 so you don’t have to keep a bunch of systems around. Fun suggestion if you’re interested in reading about how the sausage gets made in video games, Blood, Sweat, and Pixels by Kotaku’sÂ Jason Schreier. They cover Uncharted 4, specifically, but also touch on Last of Us. It’s a fantastic read.

I’m obviously also looking forward to Smash Bros. I never played the WiiU version, but I spent many,Â many,Â many hour playing the original N64 in college when i should have been studying, and later on the GameCube when I probably should have been sleeping before work. Spider-man, though is the game that I think I was most shocked to move up to my “day one purchase” list. I knew about it, but didn’t have high hopes.

The only “nebulous” release I have on here is Cyberpunk 2077. We don’t really have an idea when it will come out, though I’d guess 2019 to round out this generation, not a next-gen title like some have claimed unless it ends up PC only at launch. That would actually be kind of fitting, but a game has to go to consoles to be viable, and hopefully it doesn’t fall to 2020 and the next generation, but who knows.

There are some others that are certainly exciting, like Elder Scrolls VI, but that won’t be showing up for years at best. Others were just absent, like Red Dead Redemption 2, the Final Fantasy VII remake, and Metroid Prime 4. However, a lot fit in the realm of things that I may get, or may wait for a sale on… things like Shadow of the Tomb Raider, Skull & Bones, Assassin’s Creed Odyssey, Gears 5, or Halo Infinite. I don’t feel like any of them are just overwhelming “have to have this” for me, though.