As good as Infinity War was, it isn’t the best Superhero movie released so far this year… I’d give that firmly to Deadpool 2. Of course, they’re both very good, just in very different ways. Even better than getting to watch the movie again when it hits video on August 21st… it will include a “Super Duper Extended Cut” along with the theatrical version of the film. 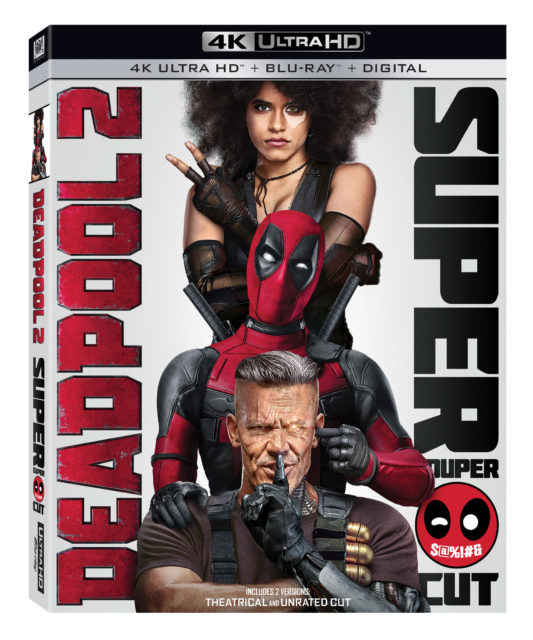 While extended cuts can be very hit and miss (Batman v Superman had better stuff added, but took out nothing of the bad and was too long, the various Special Editioning of Star Wars), it’s always fun at least once, and they’re being awesome and giving it from the get go, instead of doing the normal Fox thing of releasing several different editions of the same movie to frustrate people who purchase it. Looking at you, X:Men Days of Future Past.

The Director’s Cut will debut at SDCC next week… so here’s hoping I can pester Ace enough to go see it (and if he wins the drawing, take Sheriff Deadpool along with him) and tell me how it was.