Oh Shiny Corsola, how much do I love thee? Let me count the ways: 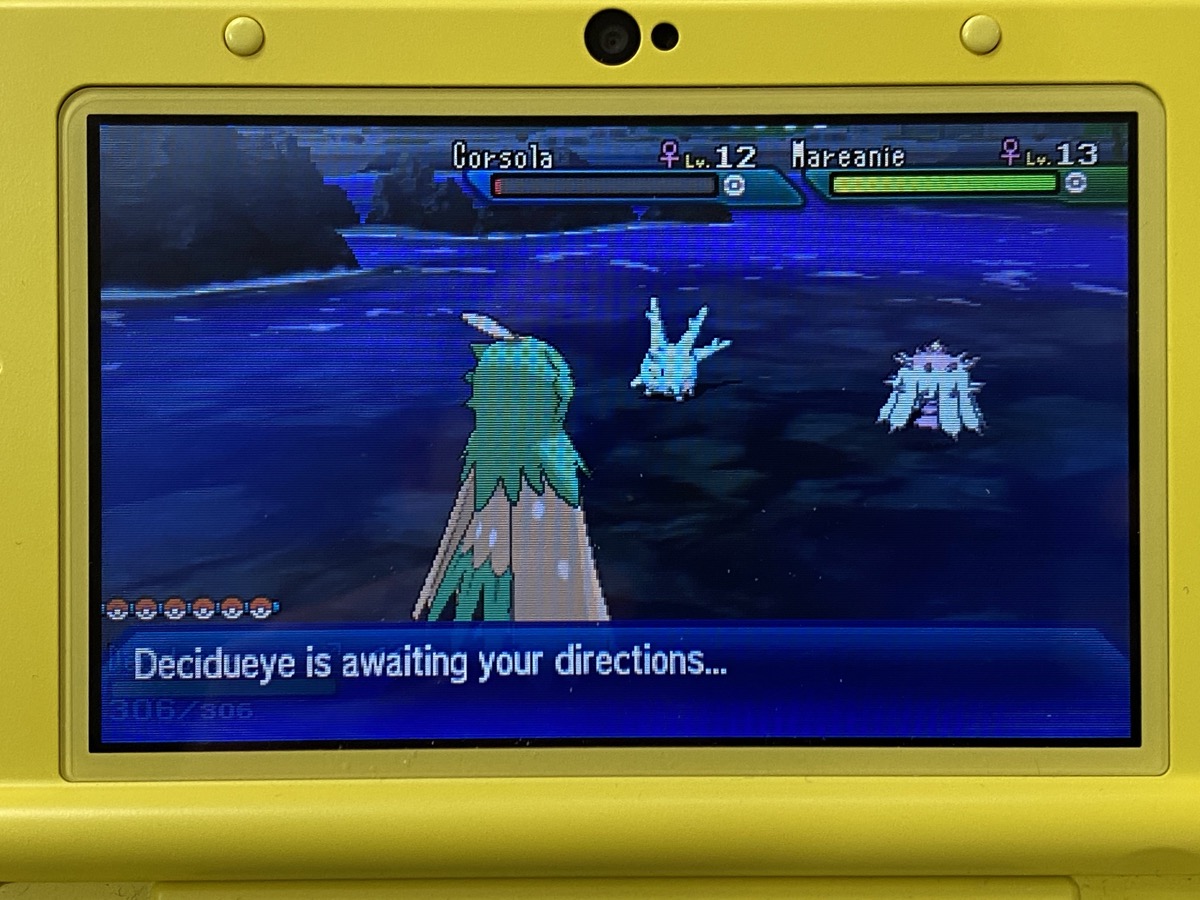 On the flip side, Shiny Mareanie can go to town in a colony of Corsola. They’d never know what hit them: 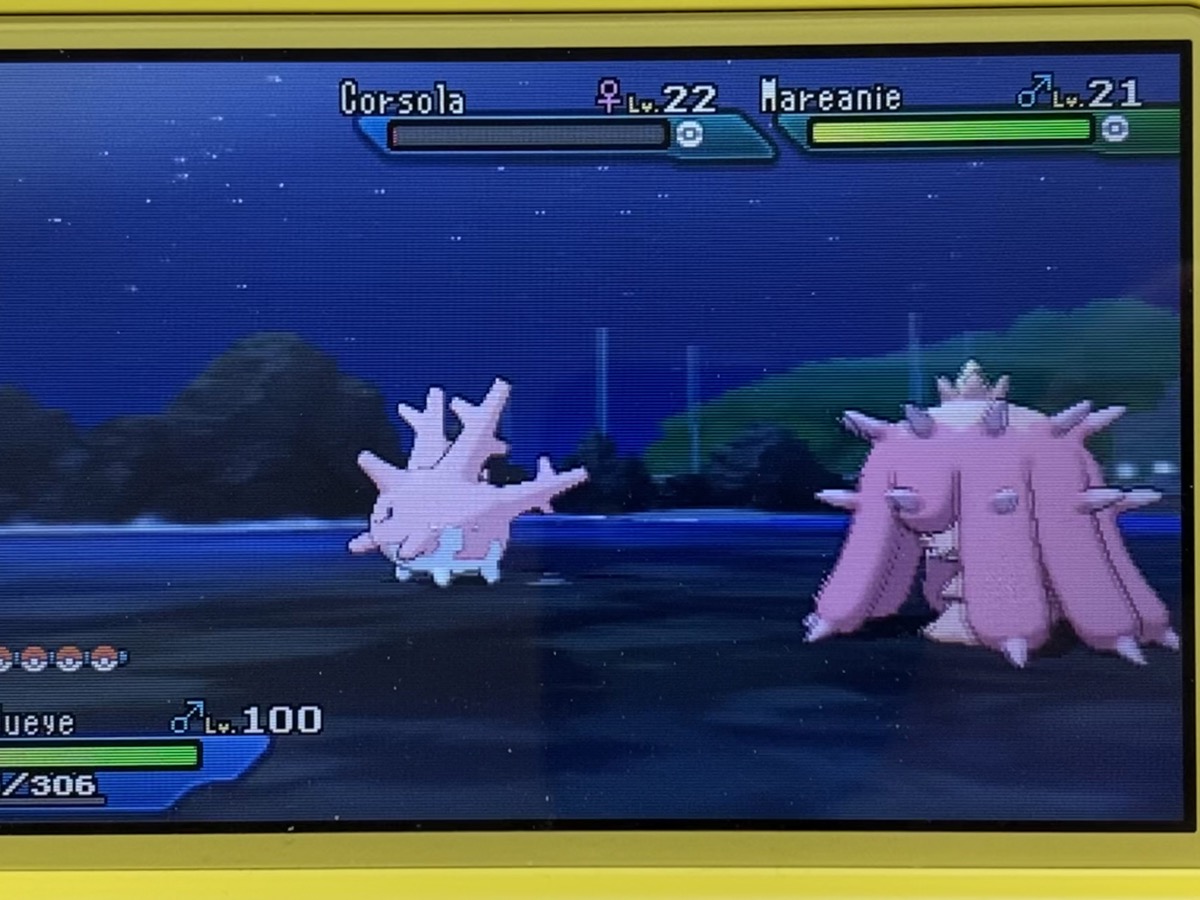 There are two ways to get this guy in Ultra Sun/Ultra Moon: 1) Chain Corsola SOS calls or 2) Hatch eggs with the Masuda Method. Well, I don’t have a foreign copy of US/UM yet, so that was out. So I thought I’d tray SOS chaining. The thing is Mareanie only shows up to answer Corsola’s call, and you can’t isolate Mareanie because it has a call rate of 0, meaning it will never call for help. Mareanie actually shows up pretty often. I don’t have any hard numbers to back this up but it felt like Mareanie showed up about 25-30% of the time. With the increased chance of encountering a shiny during SOS calls, I just needed that to intersect with Mareanies high appearance rate and have it pop as shiny. Sadly, I knew there was a high likelihood that I’d hit Shiny Corsolas and feint them along the way. Here’s what it took for the first one:

Shiny Mareanie at 545 calls. I just needed to repeat that.

This last one, hoo boy. Here’s the data:

That stretch between Corsola #2 and #3 made me think something was broken. And somewhere around there, I think around 711, I made the decision that I’d stop at 1,000 and set that as a general rule. I think I can tolerate 1,000 SOS calls before giving up and moving on to another Pokémon to catch. Do that for awhile before going back. The game must have taken pity on me though and gifted me with another Shiny Mareanie at call number 965.

Now you’d think I’d be hating on Corsola or Mareanie or both as much as I hated Psyduck, but I can’t fault Mareanie since the only way to catch one was through SOS, and it’s not entirely Corsola’s fault either since that wasn’t my primary target. There are a few other Pokémon that are only available as SOS allies, like Sliggoo, but I may go the egg route for those. We’ll see.

The Shiny Count So Far

Aside from three Pokémon that were available only through download events, there are a total of 400 Pokémon in the Alola Pokédex. According to Serebii, there are nine Pokémon that are shiny locked, leaving 391 Pokémon that can be found as shiny. That being said, there were a couple of events where you can download shiny ones that are normally locked. Thankfully, I downloaded two of them to my copies of US/UM before I went dark on the game:

Even though, they’re event downloads and technically locked, I’m still adding them to the totals. So last week when I wrote 392, I miscounted and it should have been 393. Whoops. I went back and fixed those numbers. Shiny Zygarde was another event download, which embarassingly enough I had a download code for but never redeemed. I regret that level of inaction, believe me I do. Alas, he’ll have to come another time in another game so I’m not adding him to the total.

He evolved from my Shiny Poipole. I’m not looking forward to soft-resetting for this one again. I never officially gave it a count, but I consider him my third catch for the game, hence why last week’s count started at 4/393. These were the first three and after today, I’m 13 out of 393. Three hundred eighty to go.