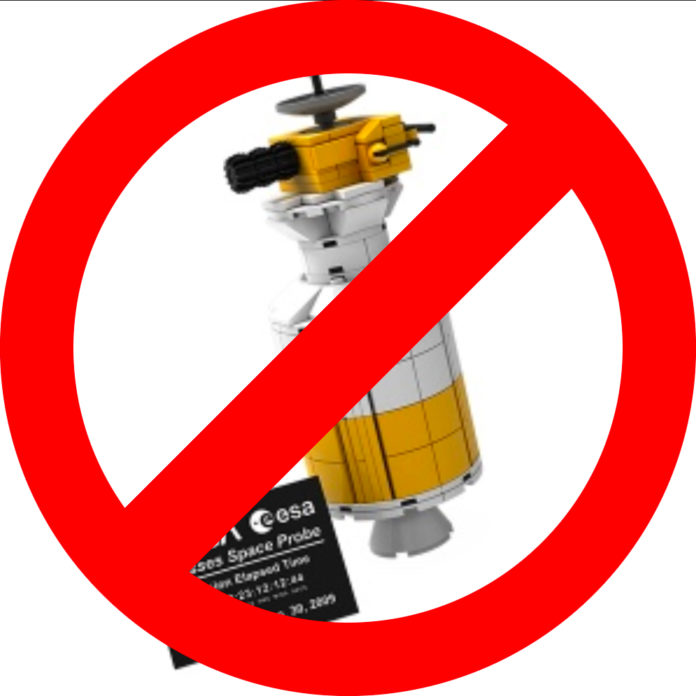 Did you get one? I’m guessing the majority of you reading this did not which is really unfortunate.

I managed to score one and I feel extremely lucky that I did. Logging on to the VIP Rewards site this morning at 6am local time, I was met with with a maintenance type of message that lasted about 18-20 minutes for no apparent reason whatsoever. Finally, once the page started working again and after redeeming my points for a code, the next challenge was trying to check out. At the last step when you see the animated minifig heads to confirm your order, the page errored out and the cart was cleared. This happened three times! On the fourth try, it wouldn’t even take my redemption code anymore. It was a bit maddening since I never got a “thank you for your order” screen but did get an order confirmation email a few minutes later. 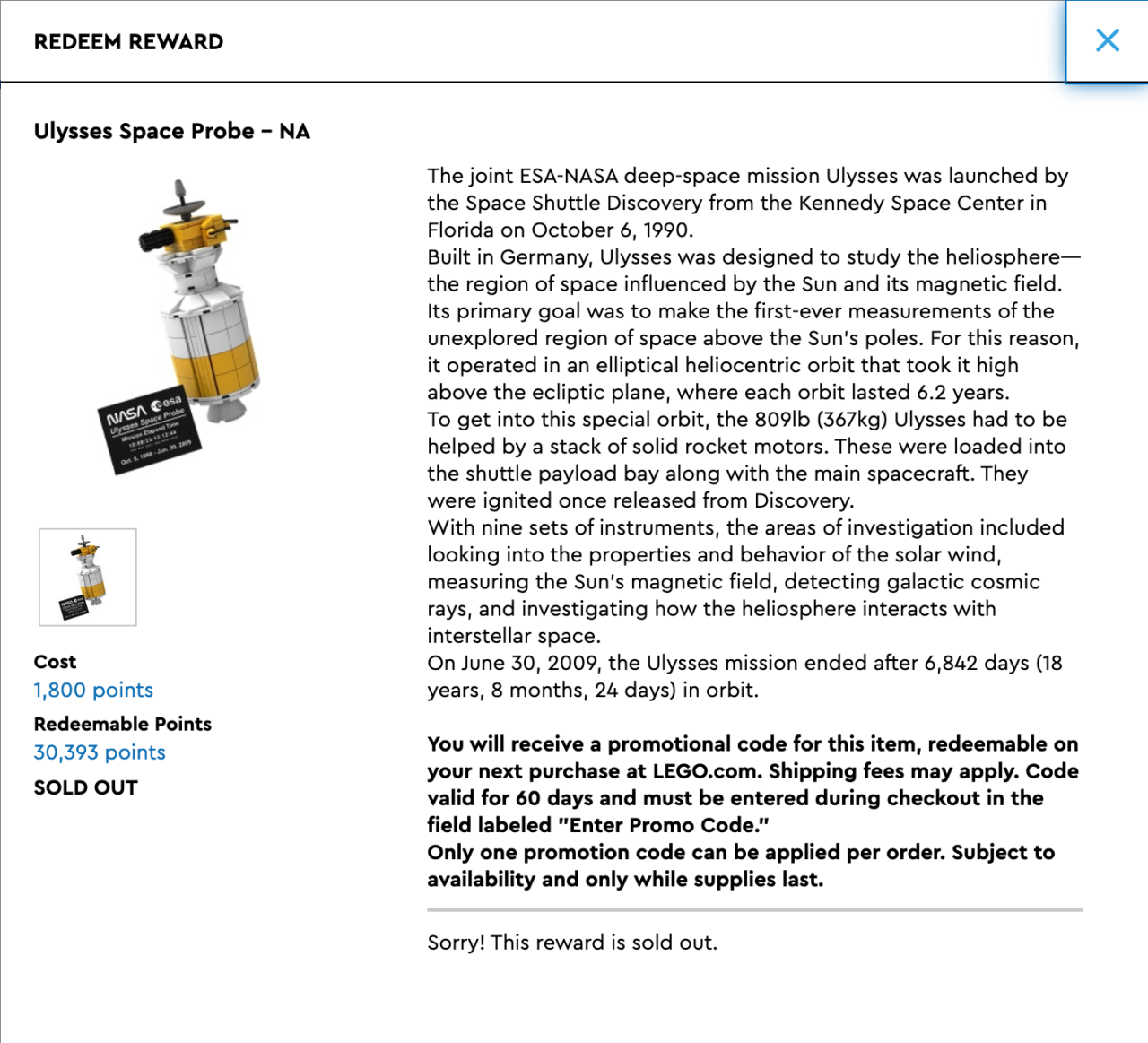 I called LEGO a little later in the day and asked the customer service rep a few questions. She said they’ve gotten a lot of phone calls regarding the promotion. I asked if they planned on making more, and she said that the call center was giving that feedback to… somebody. Maybe the promotions team? I don’t know but it sounds like there were a lot of people who called to ask the same thing. I asked how many they made and she didn’t know but guessed a couple of thousand. I’d guess it was way lower than that, maybe less than 1k. I asked if they give out more codes than were available, and she said that as long as you get a code, you’re locked in for one. That was probably the only reassuring part of this whole ordeal ’cause it would suck to get a code and then not be able to use it.

Now all that being said, the fault in all this lies purely with LEGO for A) having a site that can’t handle a surge in traffic and B) not producing enough Probe sets. The first issue is well-known and never seems to get better during big releases or sale events. Their “queue” page doesn’t seem to work at all and you’re just better off refreshing the page until you get in. In this day and age, it’s surprising that a multimillion dollar company with an incredible 2020 financial report can’t invest more in their internet infrastructure. Ordering something off a website should be easiest thing, but stuff like this keeps happening. The second issue is where it gets kind of interesting.

Clearly they didn’t make enough but could they have done things differently to remedy the lopsided supply vs. demand? Definitely. If I load a Colosseum set in my cart, I can STILL get 5006293 The Chariot set as a bonus. The Chariot is only available with the purchase of a Colosseum set which makes me believe that they either made way too many Chariots or the Colosseum is the worst selling product of all time. For argument’s sake, let’s stick with the former. They could have made the Ulysses Space Probe set a GWP that is only valid with the purchase of the Discovery Shuttle set. And to be honest, everything about it smells like it was originally intended to be just that. And if it was, why was it converted to a VIP rewards set? My guess is supply and/or logistics. Perhaps not enough were made and so they thought using VIP Rewards as the distribution method would lower the demand from people who didn’t have enough points or didn’t even have a VIP membership. Either way, they did not make enough and this might be due to supply chain issues.

That Limited Edition LEGO Porsche Owners’ Pack was a victim to that. The ports of Long Beach and Los Angeles have been backed up with shipments from overseas for months now. And I honestly don’t know if that Pack was ever released in North America. Sadly, if you wanted one of those or the Space Probe, you’ll need to head to eBay and the like to secure one. And prices are NOT pretty. Here’s just a sampling of eBay listings for the Space Probe:

I would not encourage feeding the scalpers. Instead, I would encourage anyone who missed out on the Probe who really wants one to call LEGO Shop@Home and voice your concern in a calm and polite manner. It’s happened before, where a second run of a product made a reappearance on VIP Rewards (I think the Han Solo in Carbonite Keychain was one). But you know, if you want to call them and voice your concern in an angry manner, you’d be totally justified. I was very lucky, and I feel bad for those who wanted one and couldn’t get one. Promotions should last more than just five minutes.