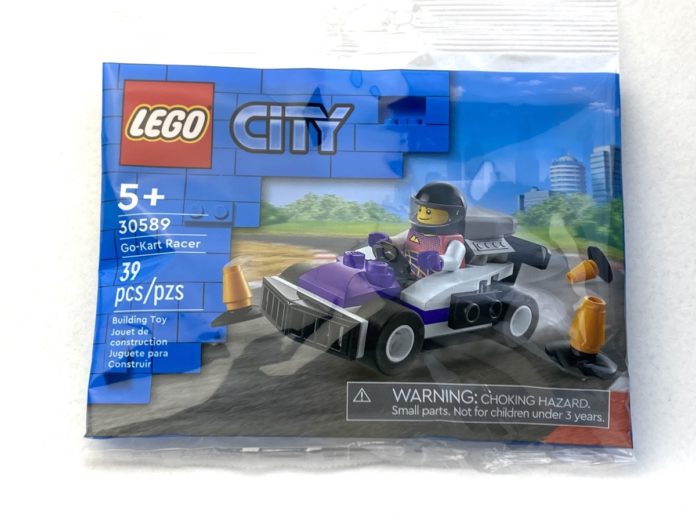 This week’s set of reviews is sponsored by The LEGO Group. They were kind enough to send over today’s set as part of their current promotion. Spend $40 on a LEGO City purchase and get this polybag for free! Need some ideas on what City sets to get? We broke down everything new that came out on June 1st in this post. You can still order now and get it in time for Father’s Day. 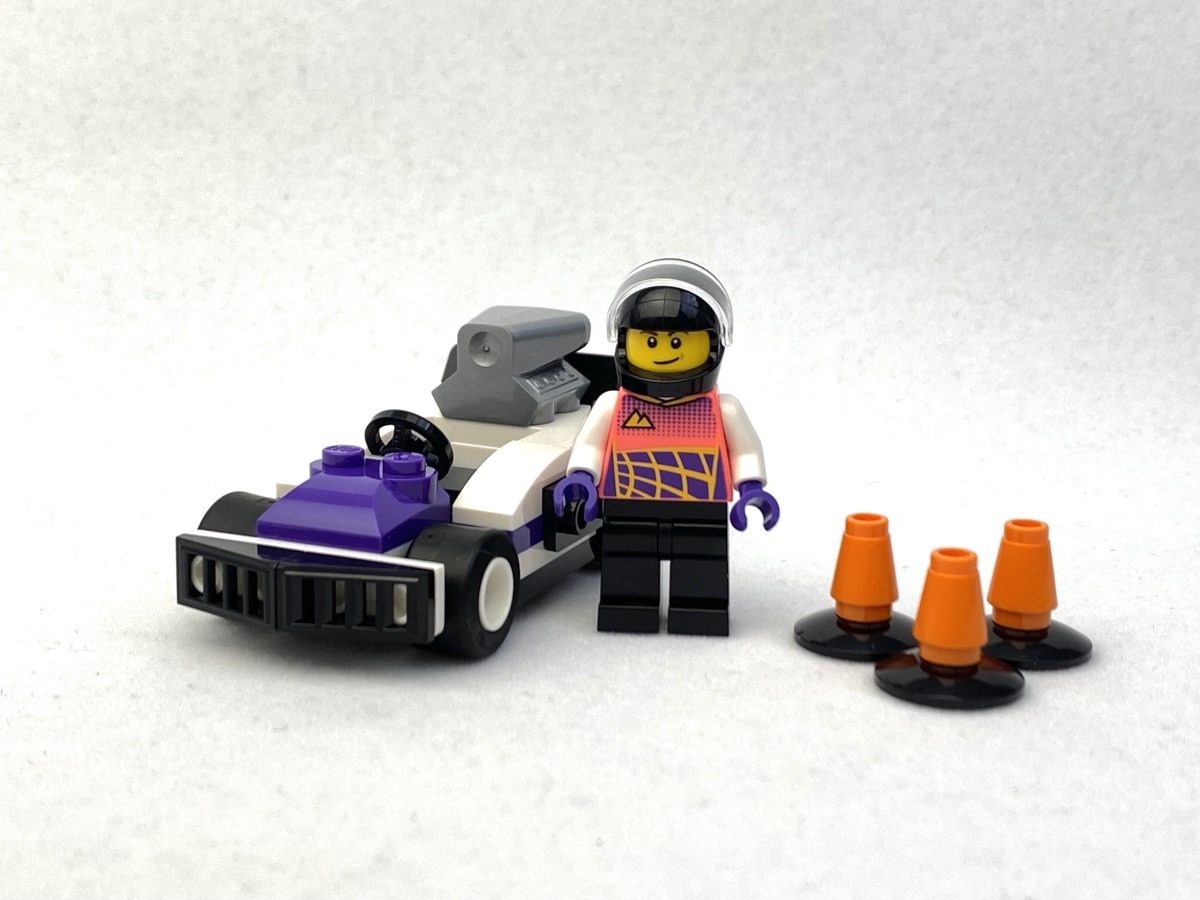 There’s an elephant in the room with today’s set. I mean, you see go kart, you immediately think Mario Kart and if you don’t then something is wrong with you. LEGO has partnered up with Nintendo, there are rumors and hopes and dreams that a CMF series will be coming out. There’s also rumors and hopes and dreams that some regular-ass looking normal sets not based on some weird game will come out. And you know what would be a great product line? Mario Kart karts! 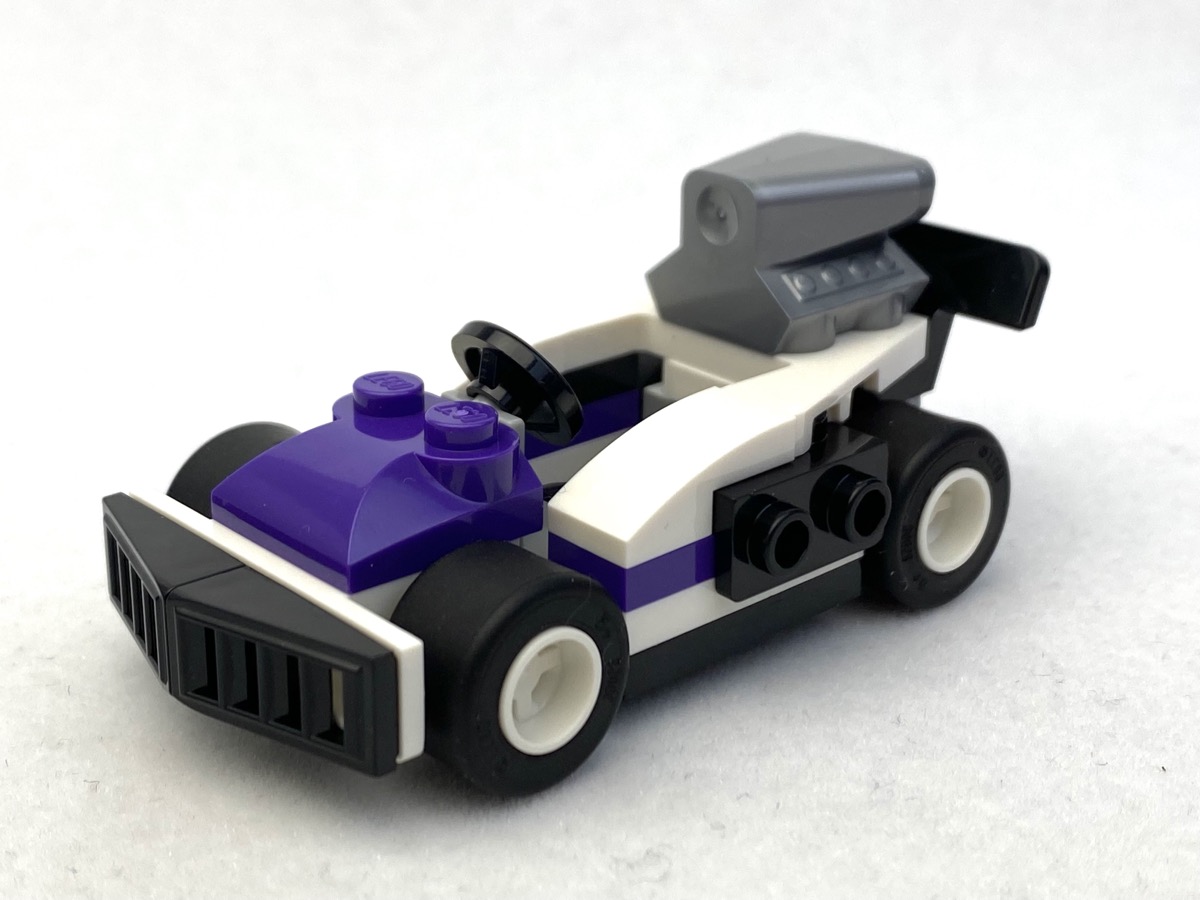 So some of what I just said might have been pent up wishful thinking. But honestly, when I saw this polybag I had two reactions. One was the whole runaway train of thought I just typed out. The second is that this thing is just all kinds of wrong. 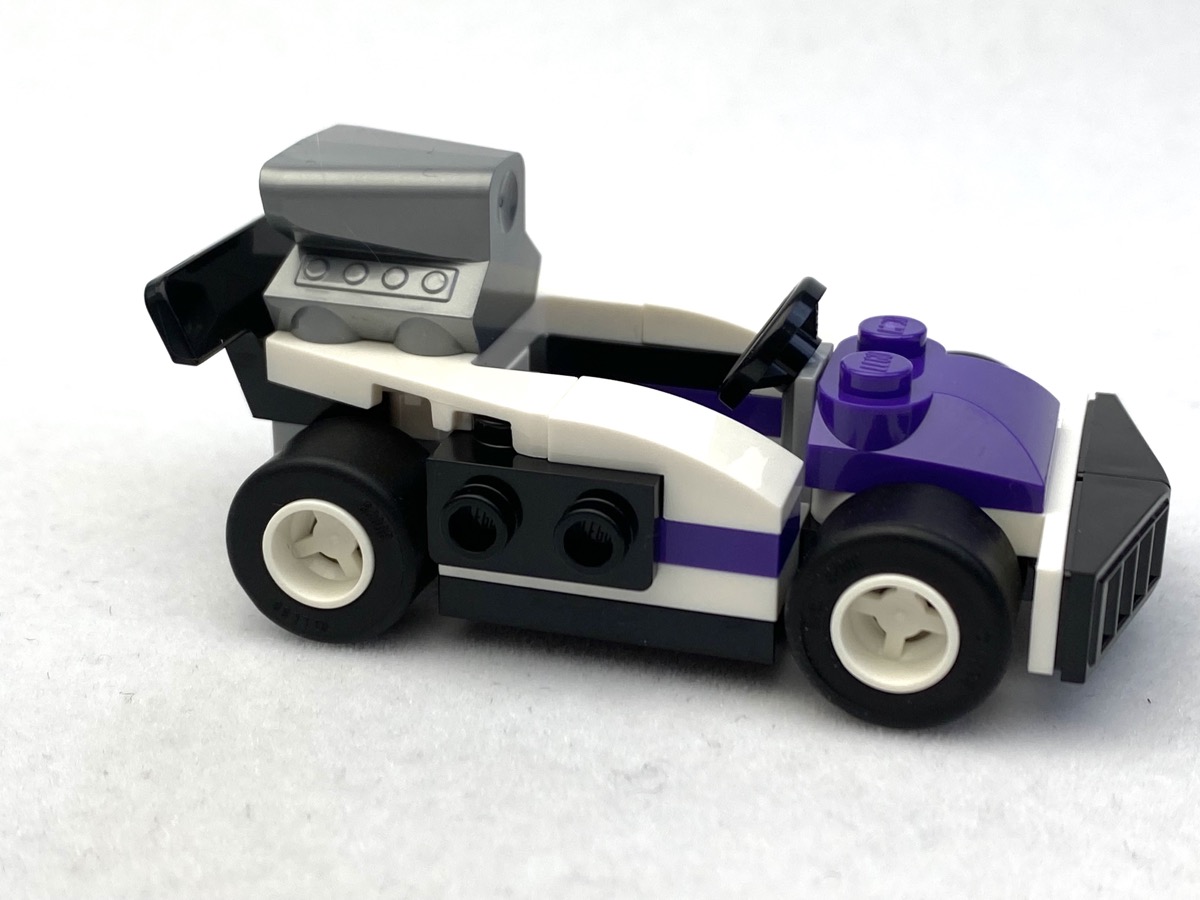 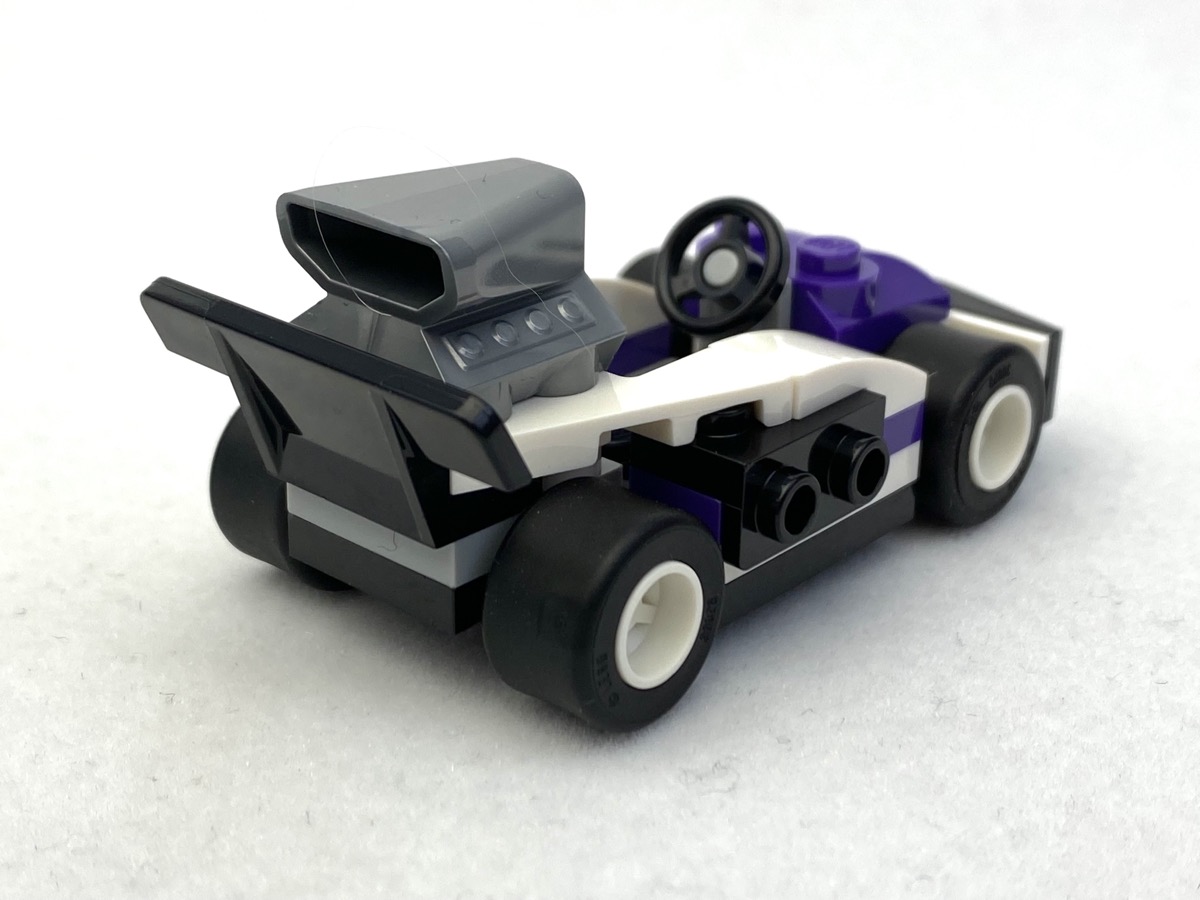 It uses that single piece engine element that is mounted backwards. That’s right, the air scoop is facing the wrong way. The other problem is that the engine is so big it blocks any airflow that would make the spoiler useful in any way. Also, pretty sure go karts don’t really need a spoiler. They tend to not go fast enough where aerodynamics can make a difference. Besides, there’s this huge driver in the way of any good air flow. 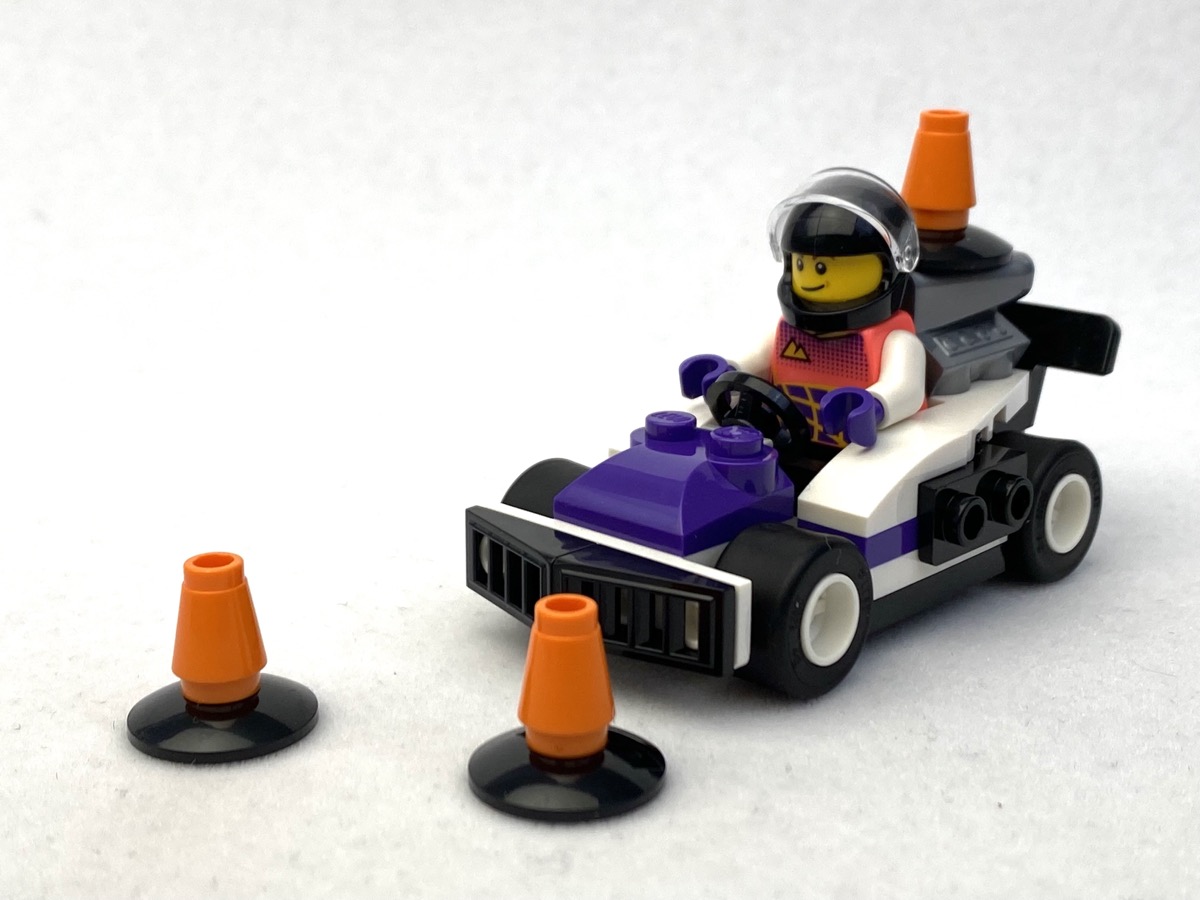 All of those wrong things aside, there are some good things. It comes with three safety cones which should have used orange 2×2 dishes on the bottom instead of the black ones. Or better yet, 2×2 orange square plates with a single stud in the middle would really make it look like safety cones. 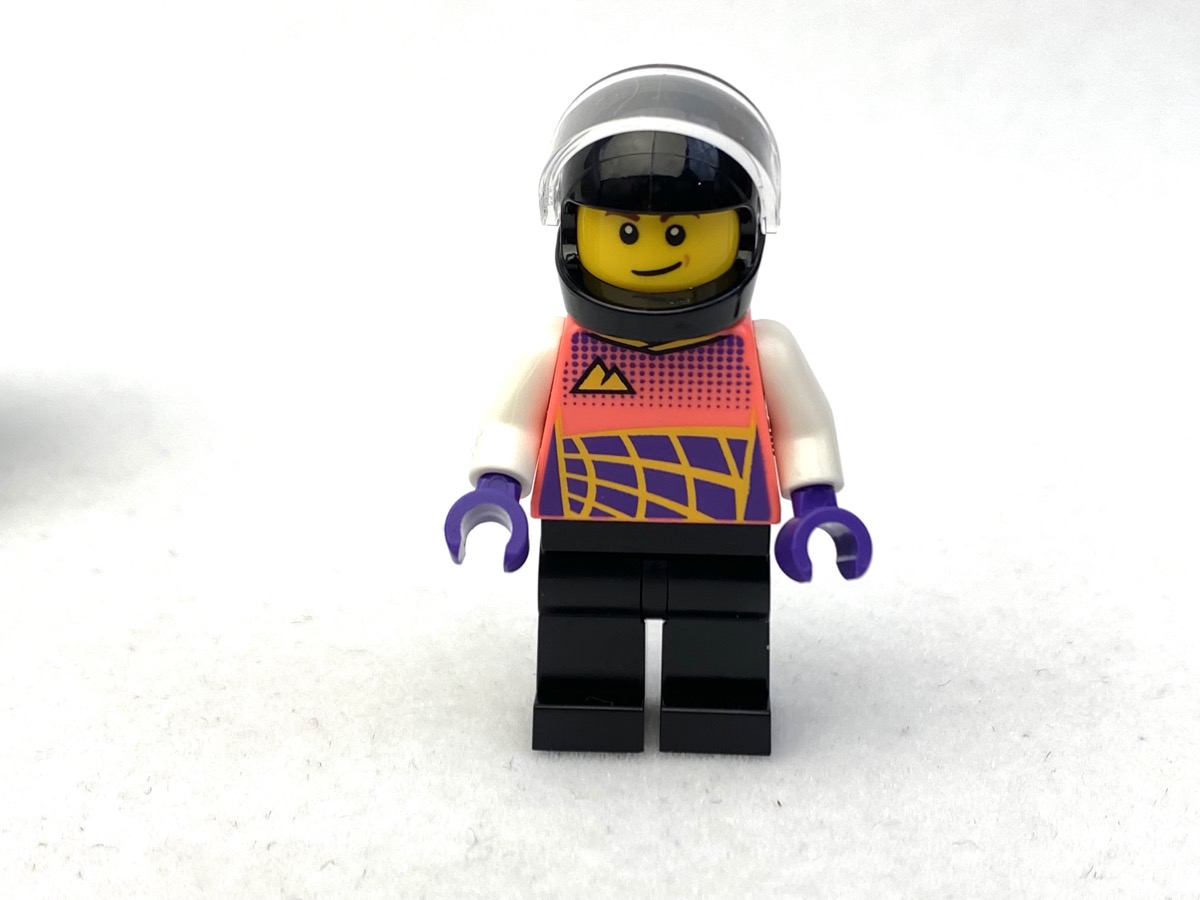 The minifig has a pretty fantastic print on both the front and back. 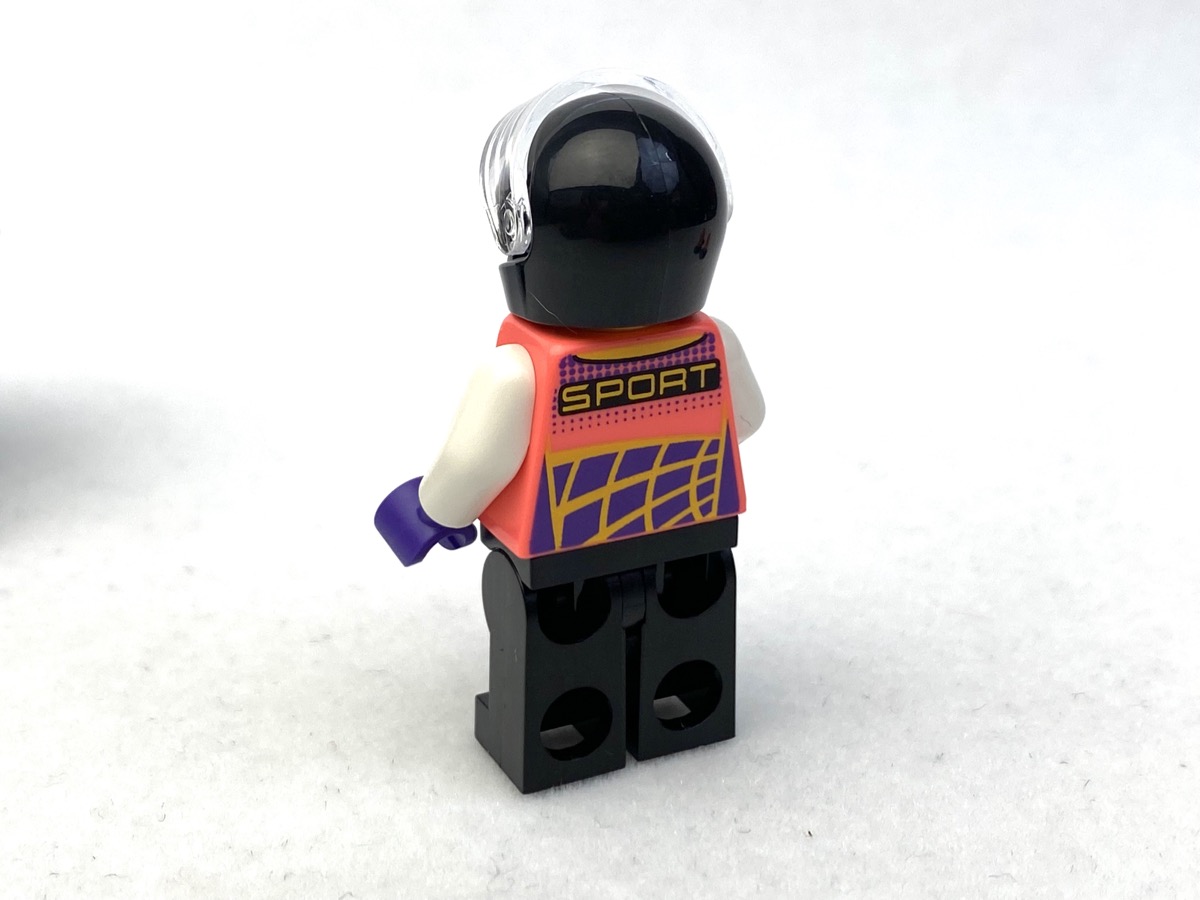 It’s very a very ’80’s general sports store jersey design. Unfortunately, as nice as it is, it’s not enough to save this polybag from the downward pointing thumb. It’s a unique minifigure, and while in the recent past that was enough to get a thumbs up, I’m revising that policy and judging it as a whole. And as a whole, this polybag sucks.

This set sucks! I just said it, it sucks. And it’s just a tease. All i really want are some Mario Kart LEGO sets, and this set just reminds me that we don’t have them (yet).