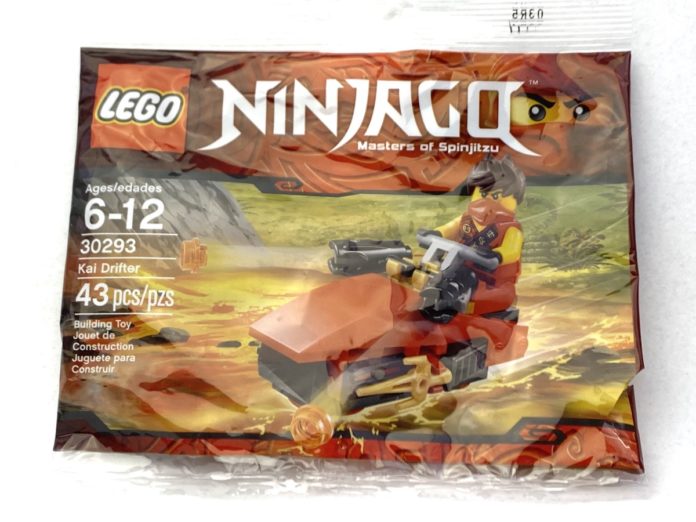 Today’s polybag is 30293 Kai Drifter, a set in which the final vehicle you build is a bit of a mystery. 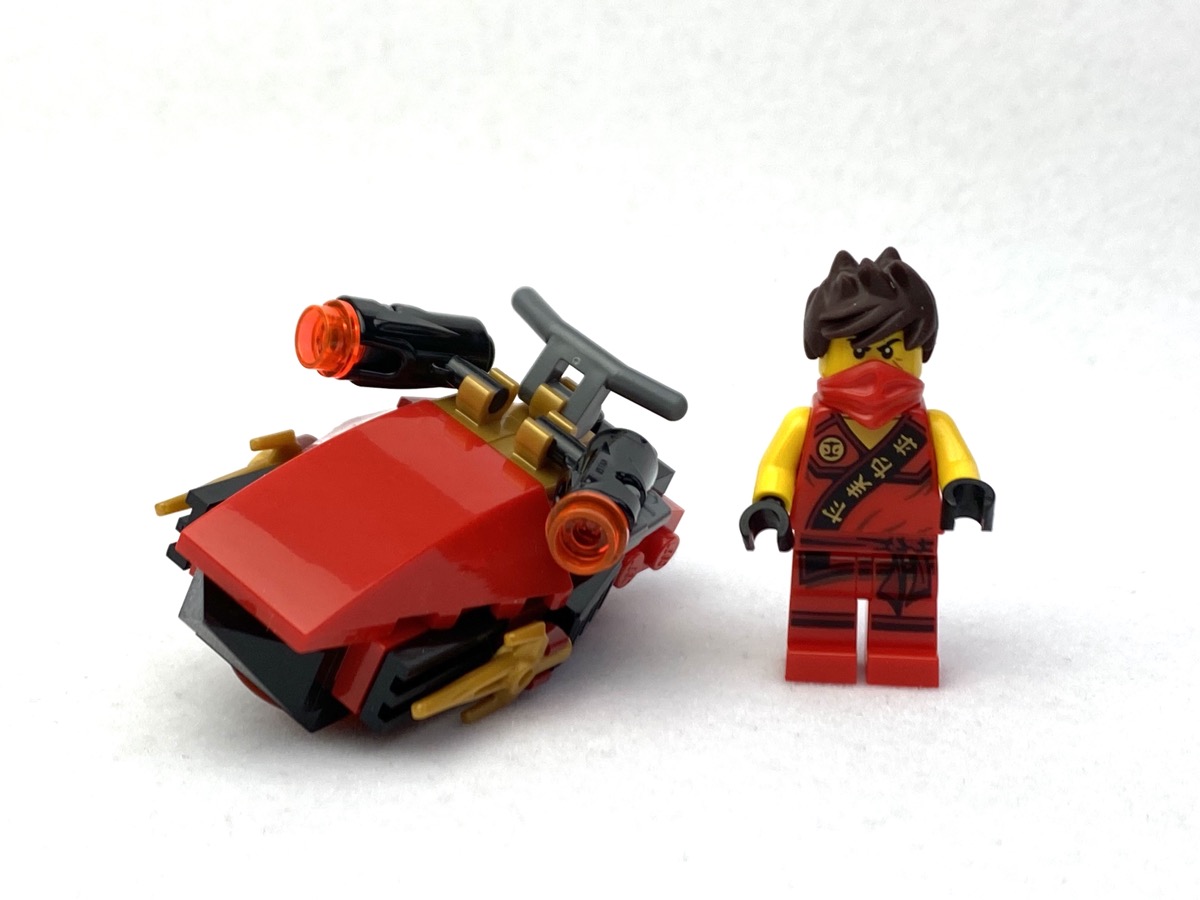 Is that part of the fun with Ninjago? Getting some weird sets that don’t make a lot of sense but are still fun? I don’t know. My impression with some of the Ninjago sets is that they skate on the edge of absurdity but are still fun enough to be a hit for kids. This one doesn’t seem to do any of that. 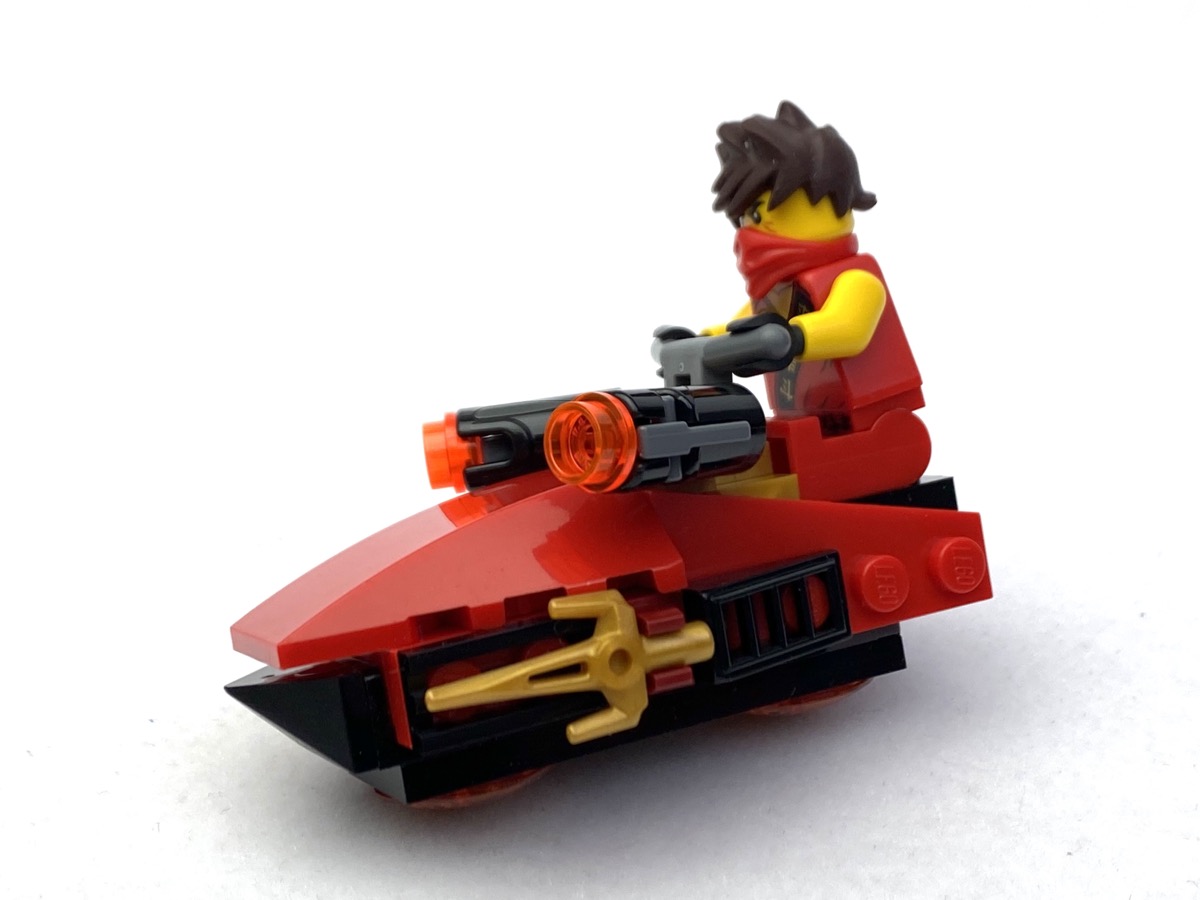 I have no idea what a “drifter” is supposed be. The only frame of reference I have to that term is powersliding in Mario Kart and the thing you can do with some sports cars. This is neither of those things. It looks like it’s some sort of hover bike, but a poor one at that.

There are two boat tiles on the bottom which makes the drfiter end up perpetually tilted to one side. If one were to slide this thing across a tabletop or desktop or kitchen counter to, you know, make it drift, the perpetual tilt makes it look like it’s about to tip over like all the time. 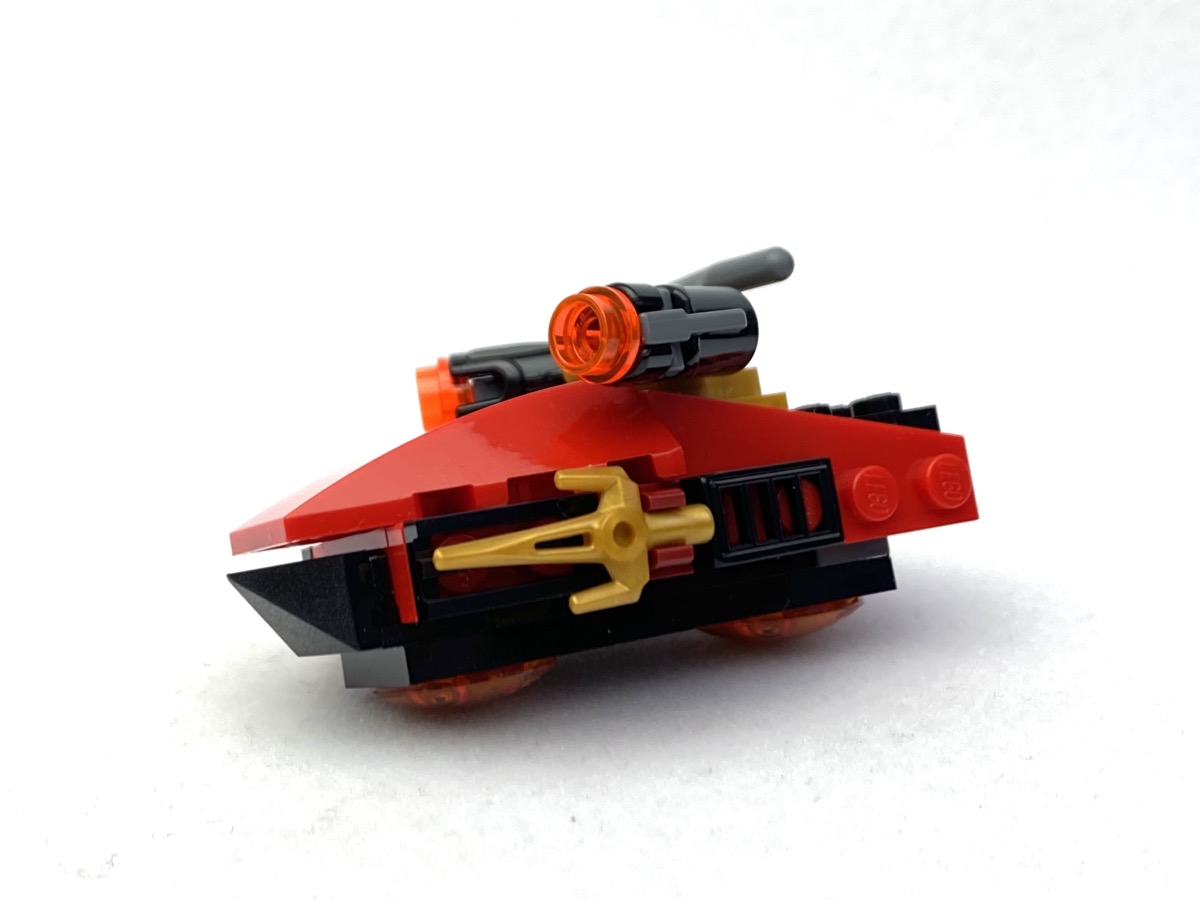 There are a a pair sais, one mounted to each side of the vehicles. I guess Kai needed to store his weapons somewhere. 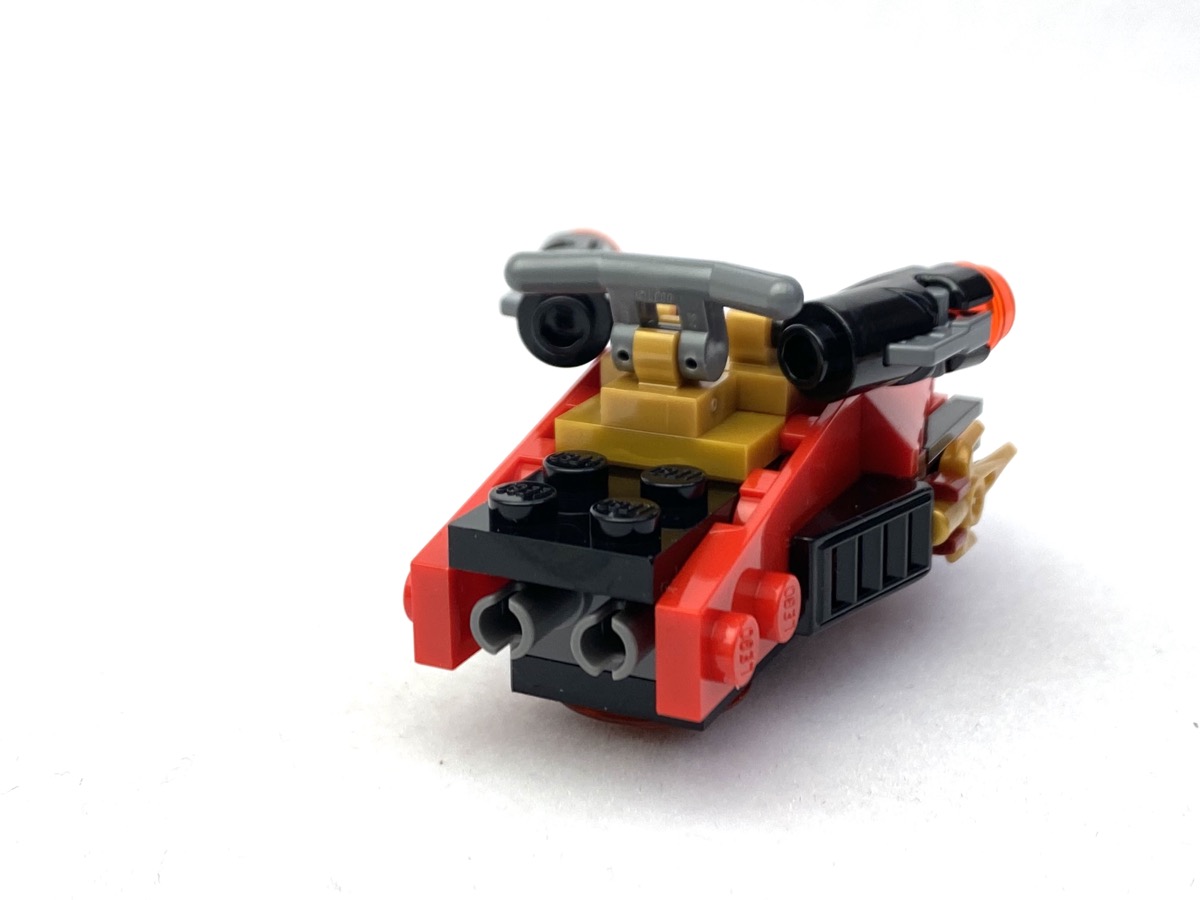 There’s also these pins that just stick out the back. I guess these are supposed to be the exhaust pipes? 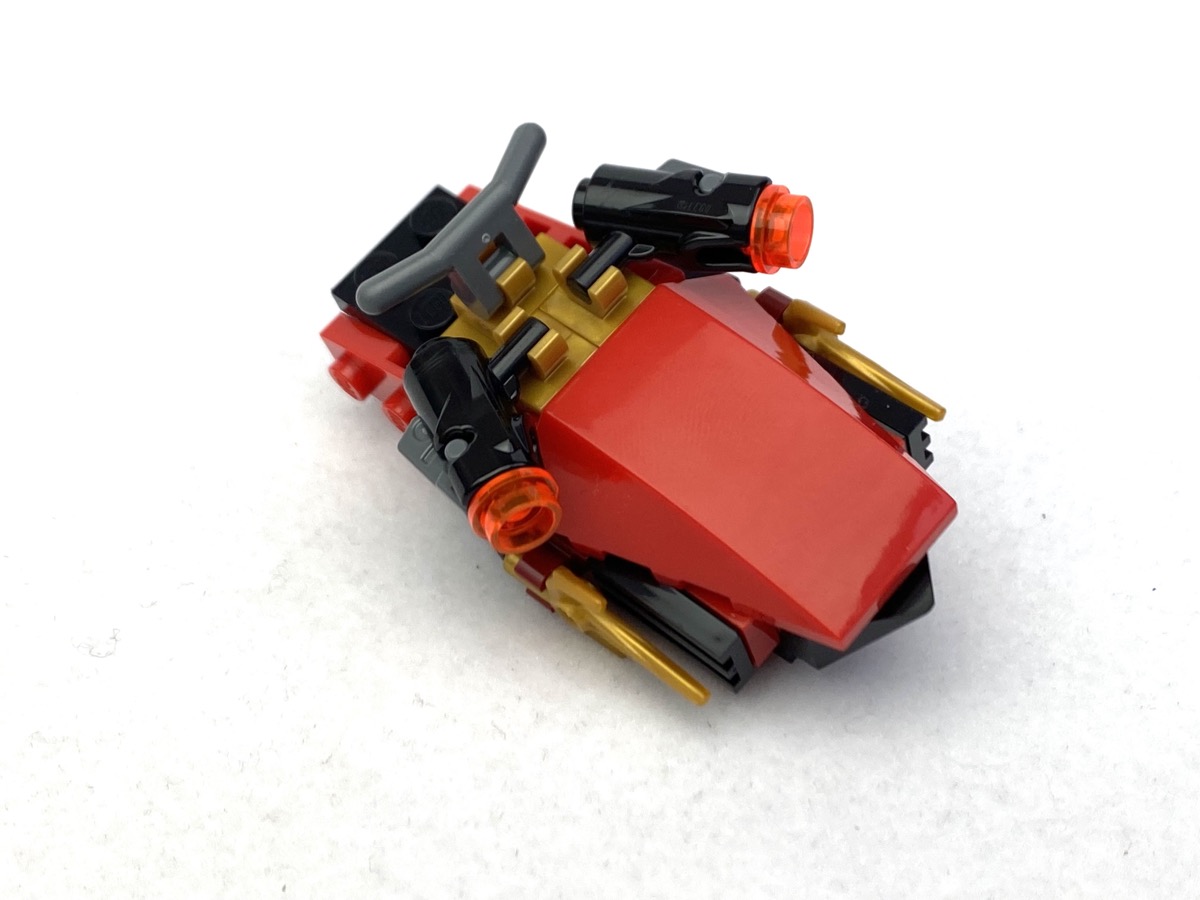 There’s a pair of stud shooter guns mounted on the top. They don’t exactly point straight ahead so using them as the vehicle’s weapons seems utterly useless unless your intent was to straf sideways. They could just be stored there until Kai parks and provide another weapon option to him in addition to the sais but it’s hard to tell what the true intent was. I could see it going either way. 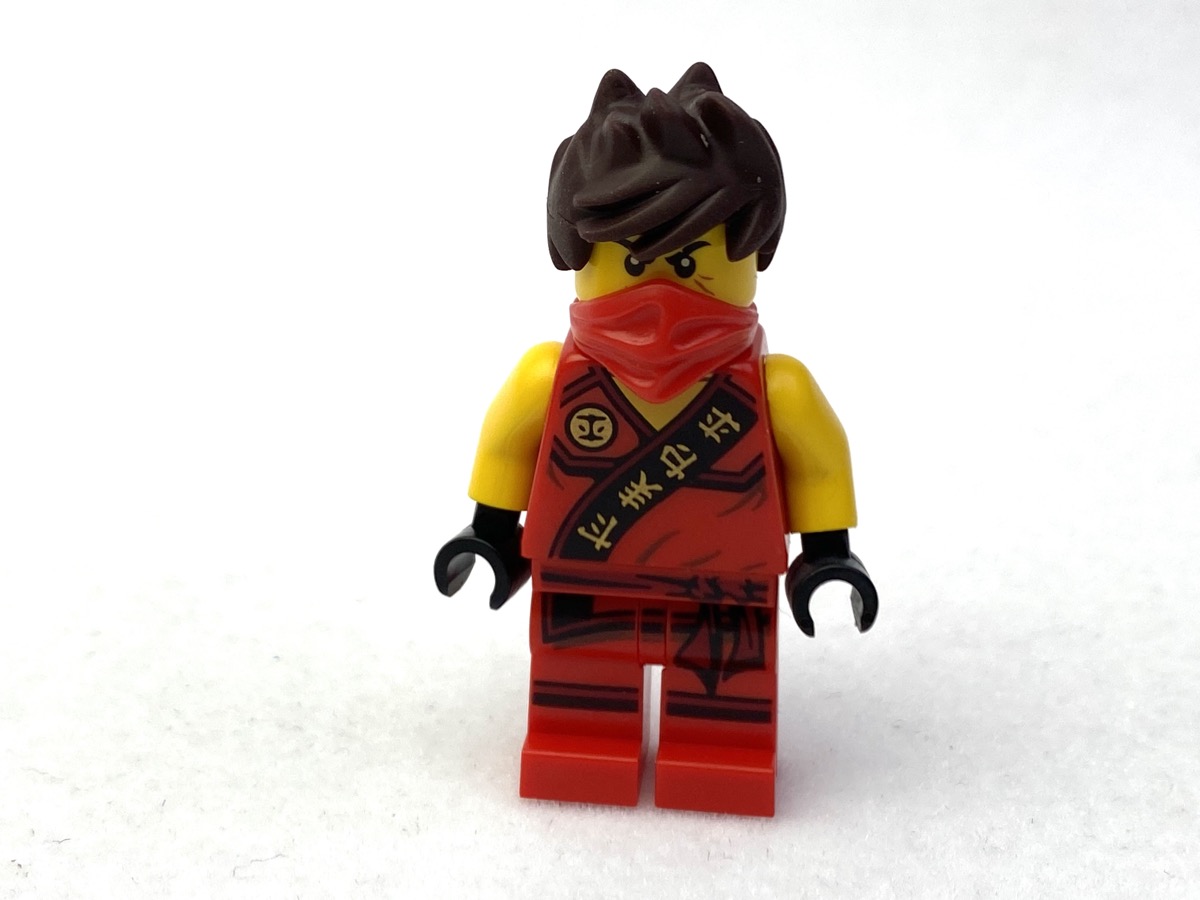 You get Kai in his tournament robes outfit. This particular fig was available in 5 other sets, so it’s a pretty common one, failing to elevate this sets worth by any measurable means.

This set sucks! I’m not within the targeted age range for this set and maybe that why I just don’t get it. A terrible set that is neither fun to play with or even look at.