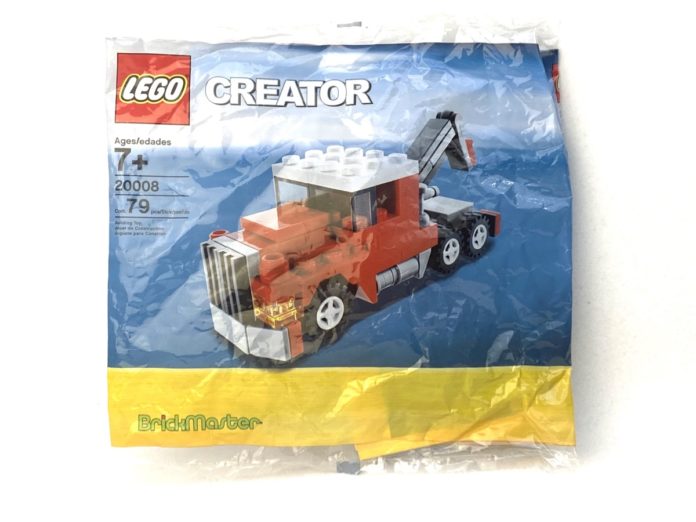 Another Monday, another week of reviews kicks off. Today’s set is, 20008 Tow Truck, another Brickmaster set, but surprisingly it’s a non-licensed set. All of the Brickmaster sets thus far have all been Star Wars-based sets, and they’ve all been stellar. Will the Tow Truck uphold the level of quality or be the line’s first dud? 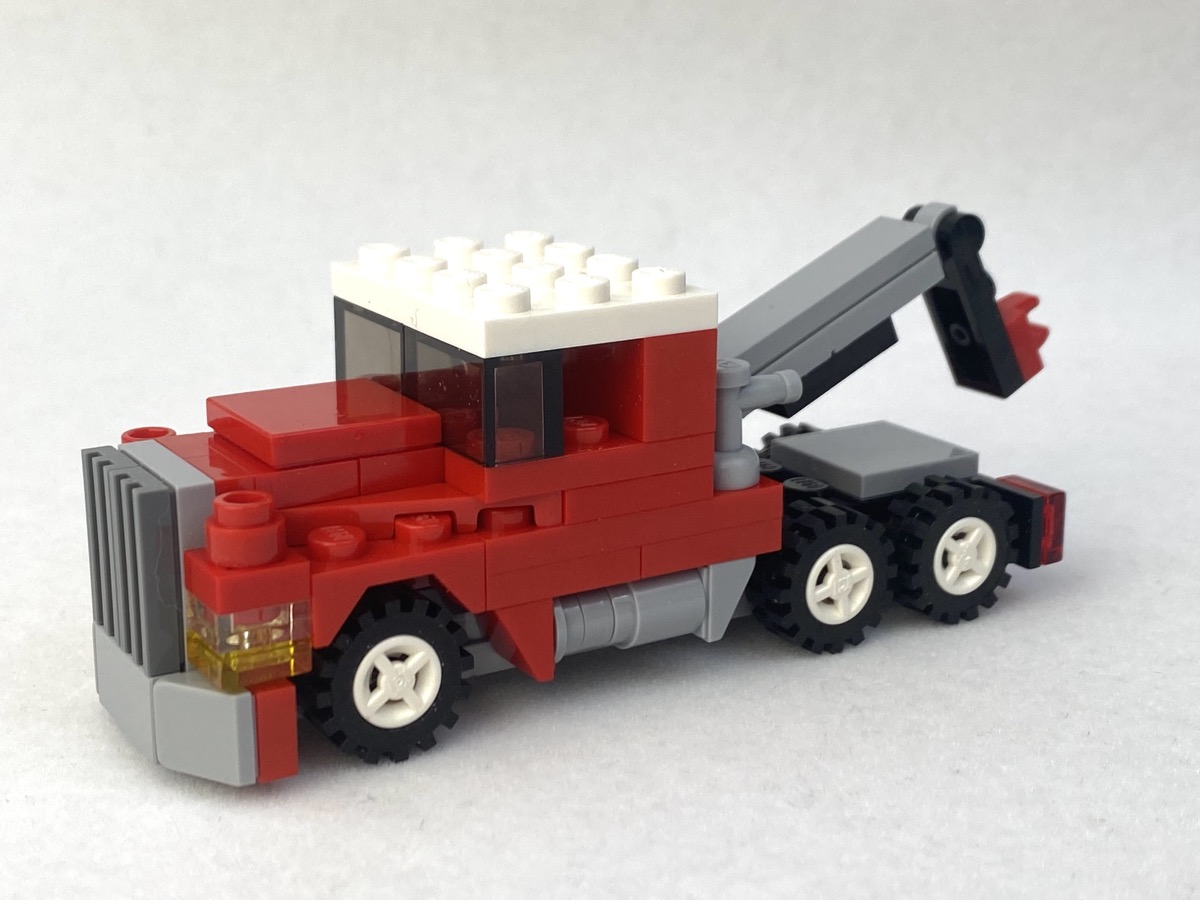 It’s kind of an interesting build. The Tow Truck model looks like it’s based off the big ones that tow buses and semis, mostly due to the four wheels in the back are usually seen on the bigger tow trucks. Being based on the larger tow trucks isn’t a bad thing, but when you say tow truck you kind of imagine the smaller ones made for everyday cars.

That point aside, it does kinda look like a tow truck as long as you stop comparing it to anything resembling a real life version. The engine and cab area just looks weird. The only thing going for it really is the grill and front bumper. 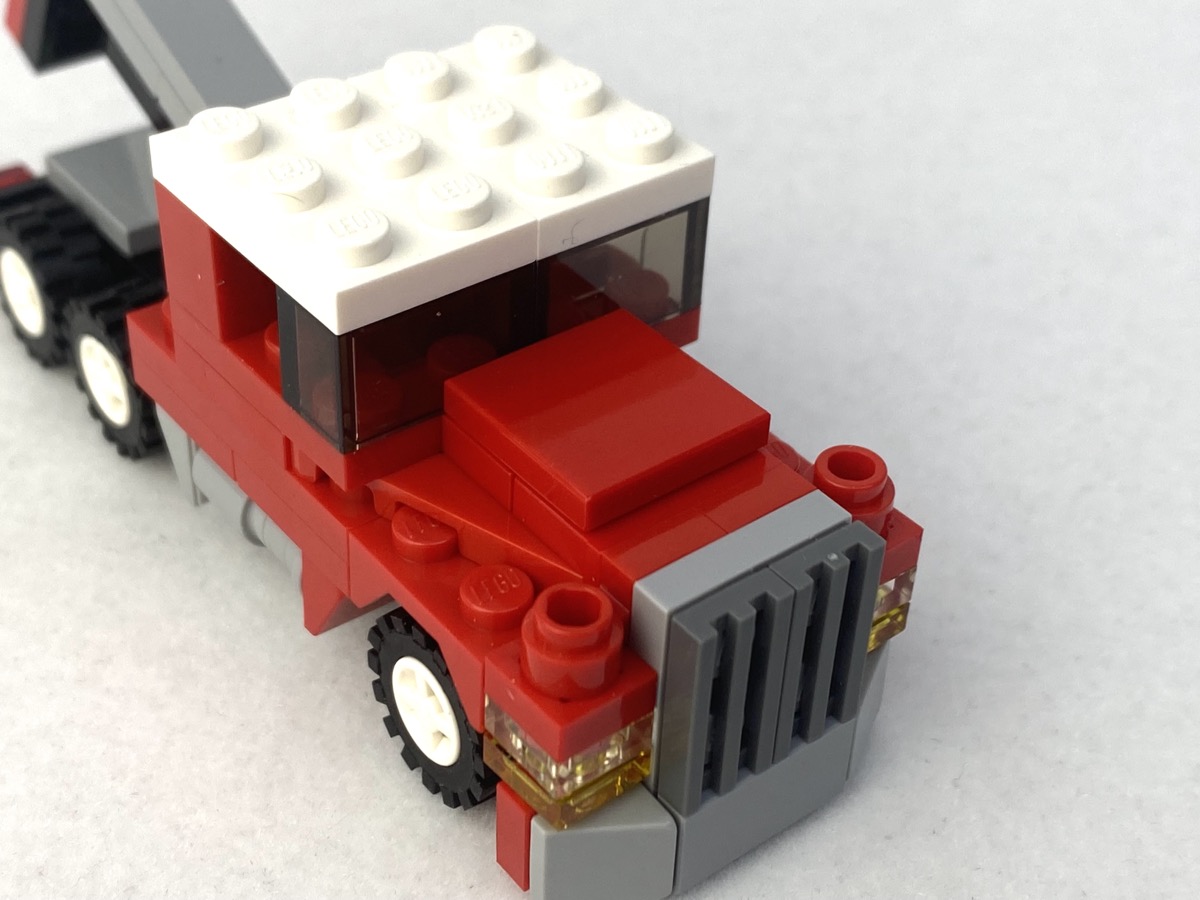 Everything after that is just kinda so-so. The roof of the cab is white for some reason. It could have been red or light grey and it would have looked a lot better. 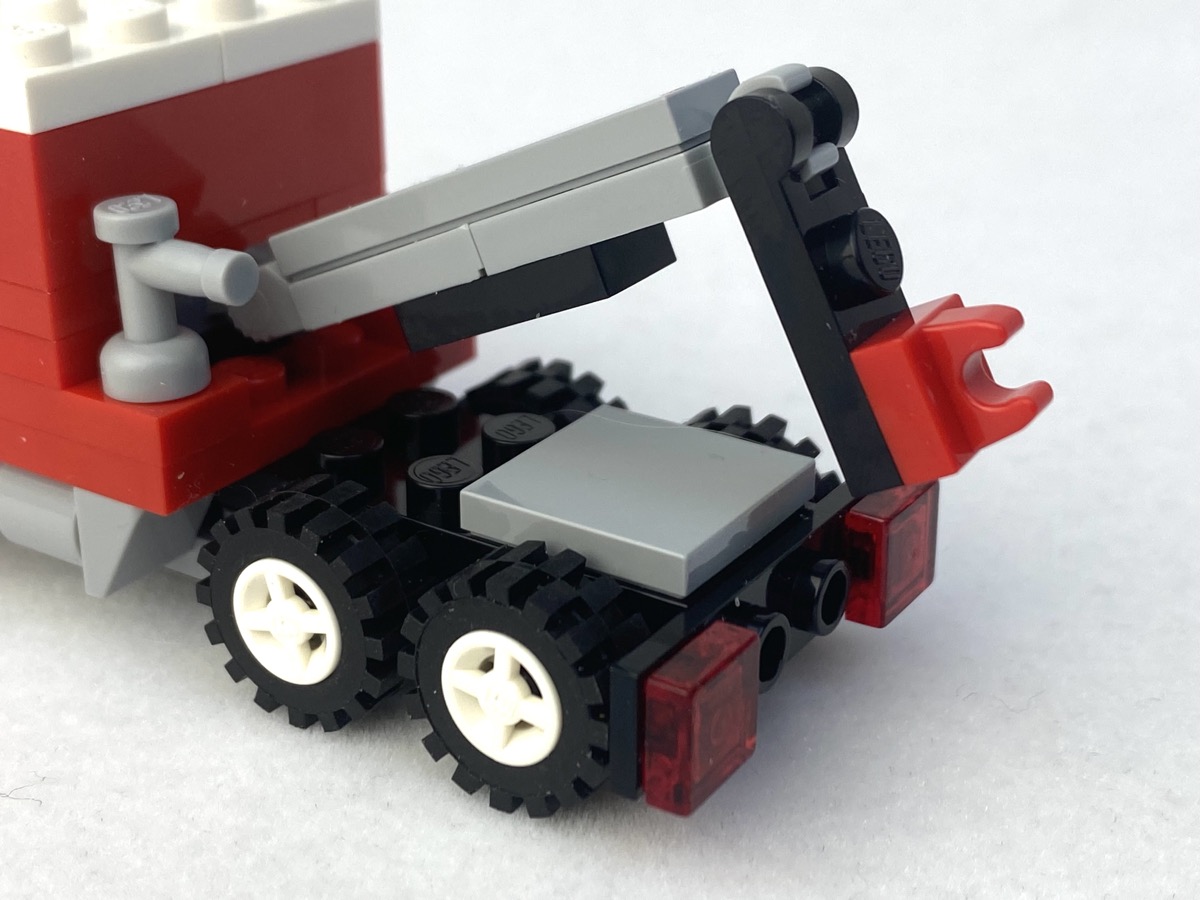 The actual towing device is made from clips and a click hinge. I’m not convinced it can actually tow a mini model of a car. That would have been nice but honestly not expected at this scale. The four rear wheels are exposed and that really bothers me.

This set sucks! I’ll be completely honest. I was 100% UN-inspired to write a proper review for this thing. I don’t know why. Maybe because this model is completely uninspiring. I’ve been known to be a bit of a Negative Nancy on my reviews but it may surprise you that I actually try to approach every set wanting to like it. When I first pulled the bag out of the bin and saw the picture of the tow truck, I thought, “Neat, this should be fun.” But once I built it and really looked at it, I realized it just sucks.