Alright, time to get this off my chest, but the World of Light game in Super Smash Bros. Ultimate is a pile of garbage. It’s like how the The Matrix Reloaded and The Matrix Revolutions were these huge disappointments after The Matrix movie. Or the prequels to the OT. The video introducing the game was phenomenal, but the resulting game not so much.

World of light was a bit of a surprise reveal in the last Smash-centric Nintendo Direct. It was supposed to be a single player adventure game mode. The movie above set the scene: some weird alien force wipes out everyone. Everyone except a little puffball named Kirby. The internet exploded soon after hailing Kirby as King. It seemed like it would be up to Kirby to save the universe.

True to the movie, at the beginning of World of Light you start off with Kirby and Kirby only until you come across and defeat captive characters. Once defeated, they are added to your roster and are select-able to go into battle. Along the way, you defeat spirits that you can add to your fighter to give them some type of boost. I don’t main Kirby but thankfully getting through the first couple of spirit battles was an easy enough task. Kirby mains will probably stick with him throughout the map, but for me, once I unlocked a character I was more familiar with, such as Marth, I had no motivation to go back to using him. 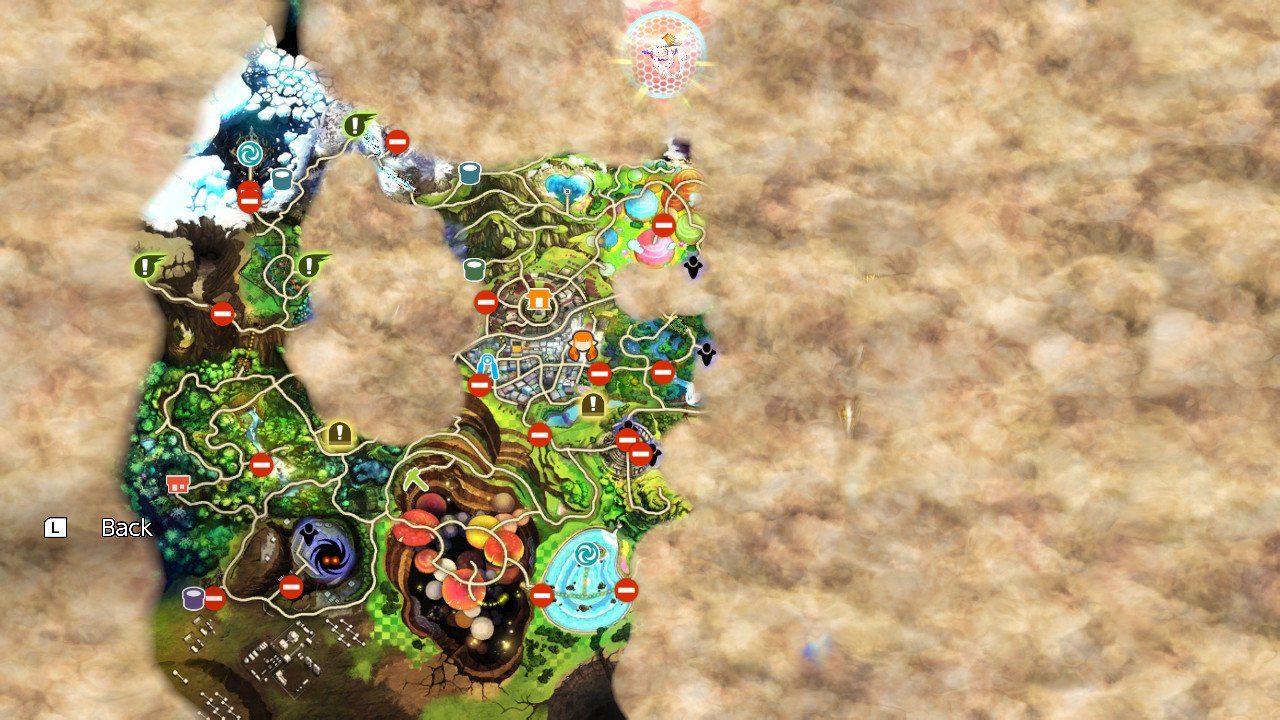 And as far as I can tell, there’s no actual story. It’s a map of the world where a bunch of useful features, what I call “facilities”, are locked behind some spirits that you have to beat to gain access. The facilities are where you can train spirits and raise their levels making them more powerful, or trade off some characteristics, or go underground and mine for useful items. These are all great if you’re going to be into using spirits for your fighters. It took a couple of hours to unlock the three that I have access to, and there may be more. 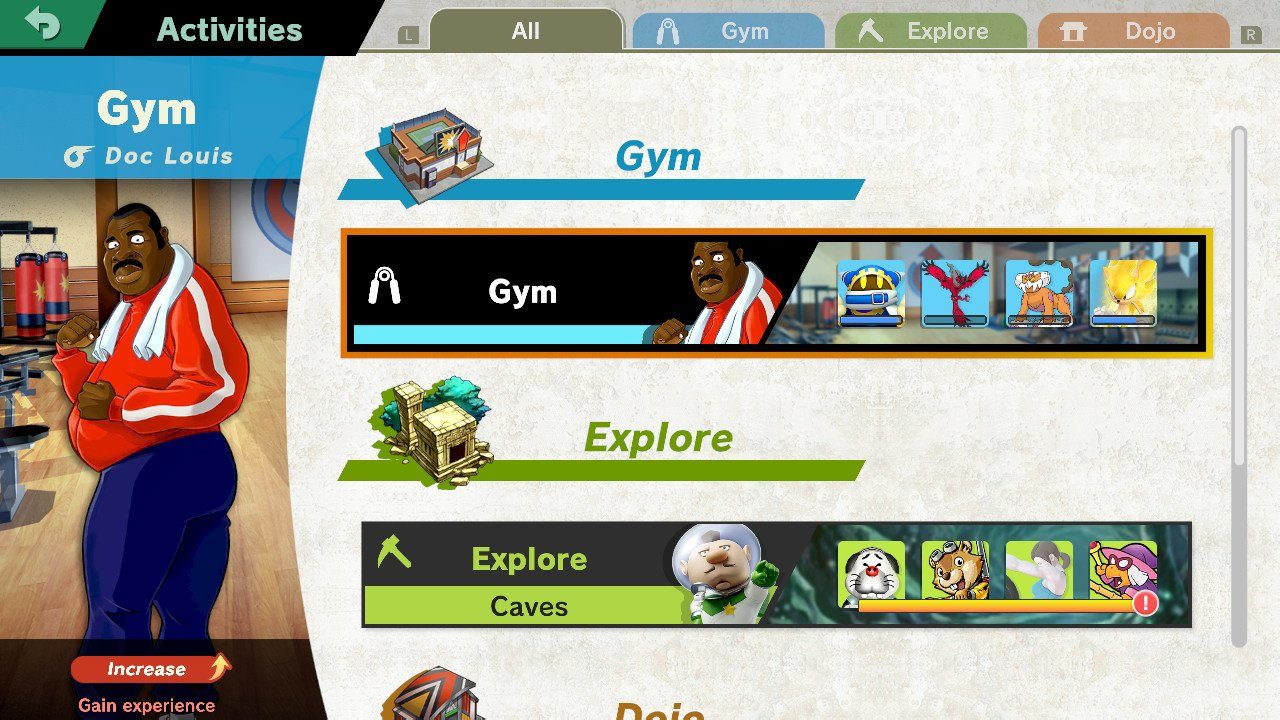 And that’s really the only reason to suffer through World of Light. Leveling up spirits provides some great boosts which can be applied to fighters and even amiibo fighters. Characters that you free in World of Light are available to use in regular Smash matches, but this is a poor way to try and unlock them. I played World of Light for hours and only managed to unlock these characters: 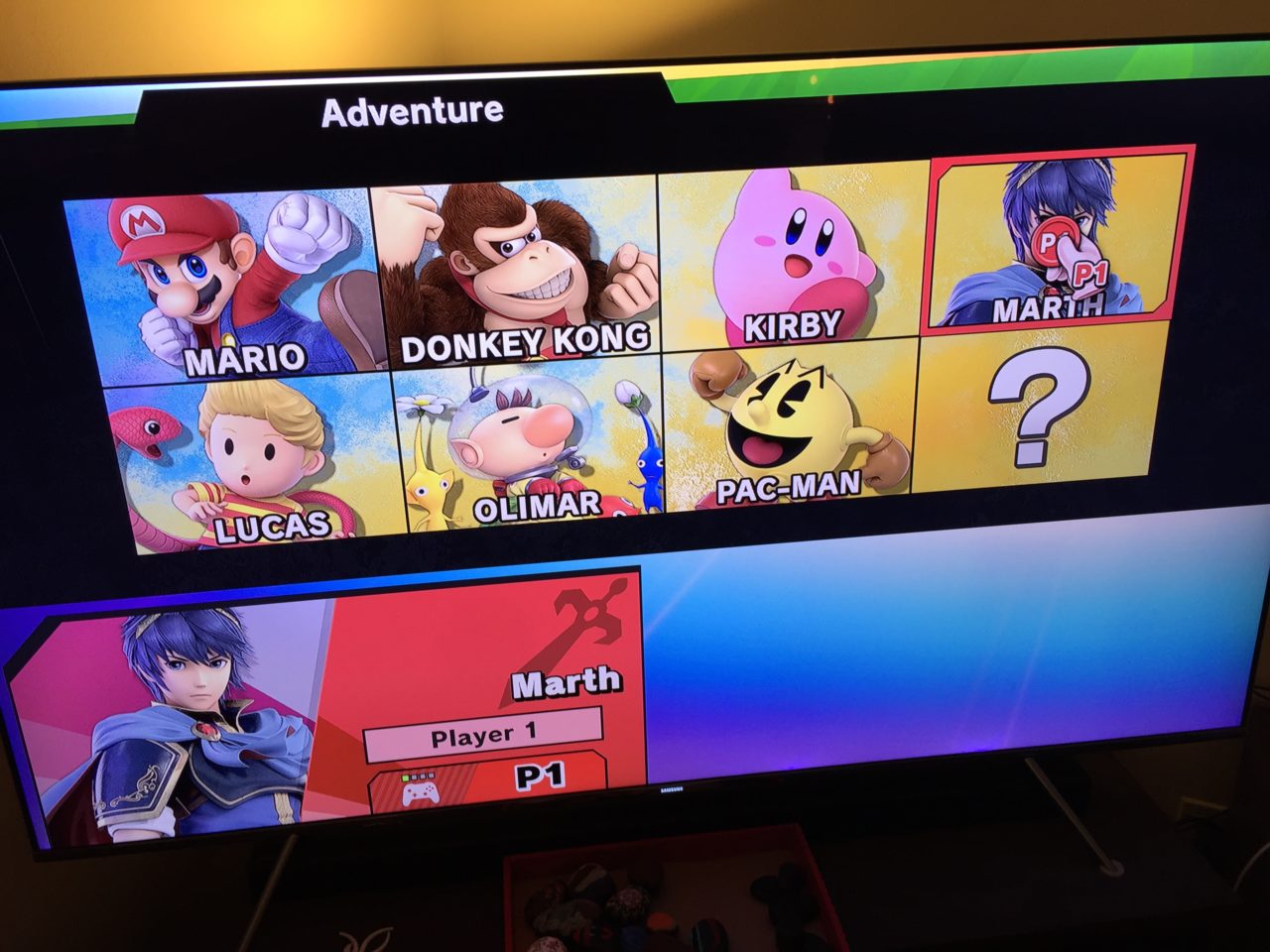 After less time playing the Spirit Board and online matches, this was what my character selection screen looked like: 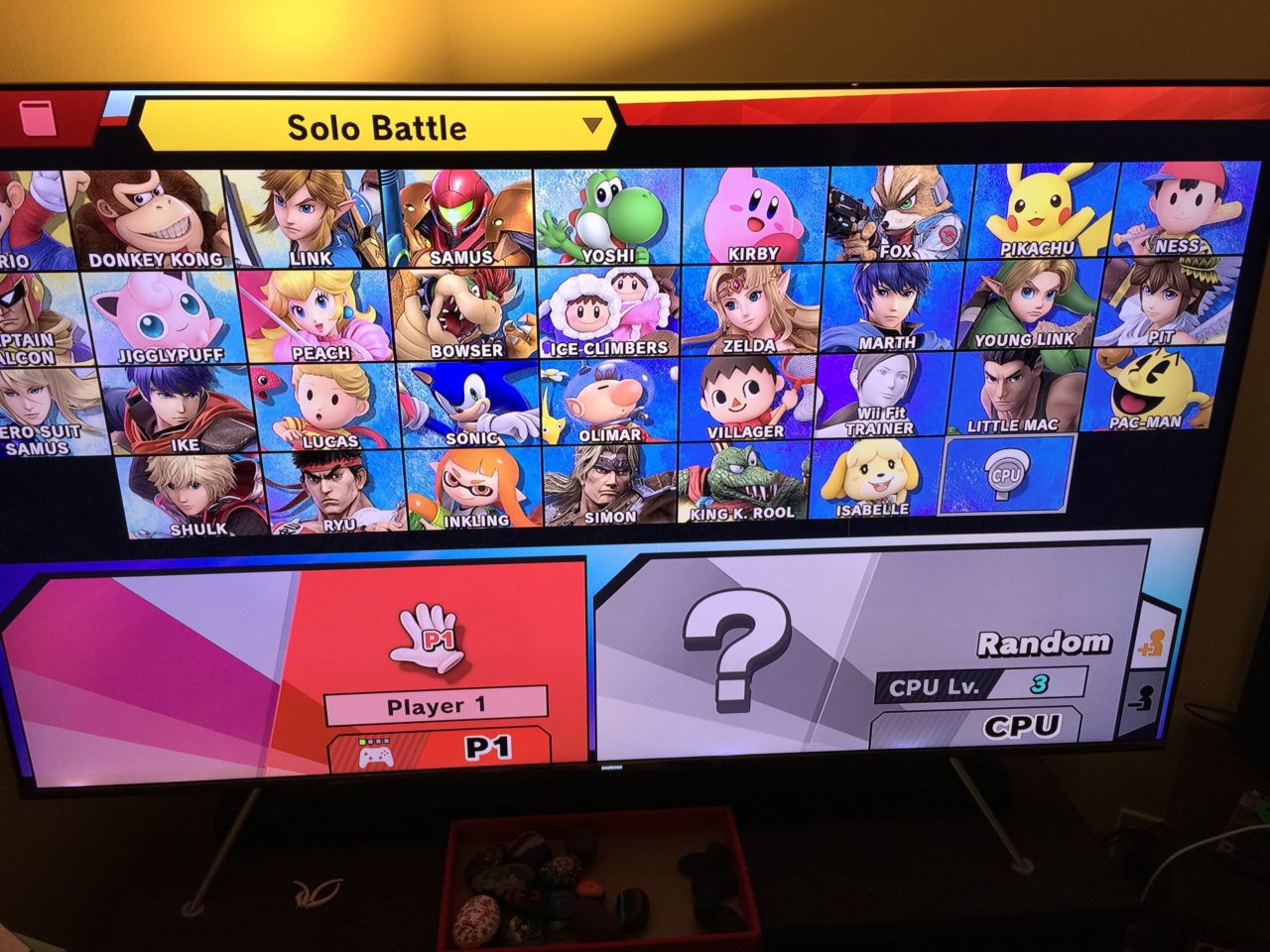 Spirit Board is the way to go in my opinion to unlock characters. It’s much faster than playing online, or in Smash mode, or World of Light. The game does a check after you change menus or game screens to see if you should be unlocking someone. If you’re playing online, it won’t check until you log off. In Spirit Board, it does this check after every battle. And plus, any spirits you free, are available to use in the World of Light game. It makes the game much more digestible since you’ll be able to get a wider variety of useful spirits that much faster. Because in World of Light, there are some battles that are just straight up beat downs that you’ll need to skip and come back to later in order to make any progress. Getting spirits from the board will net you more useful spirits that you can use to take down those impossible battles. 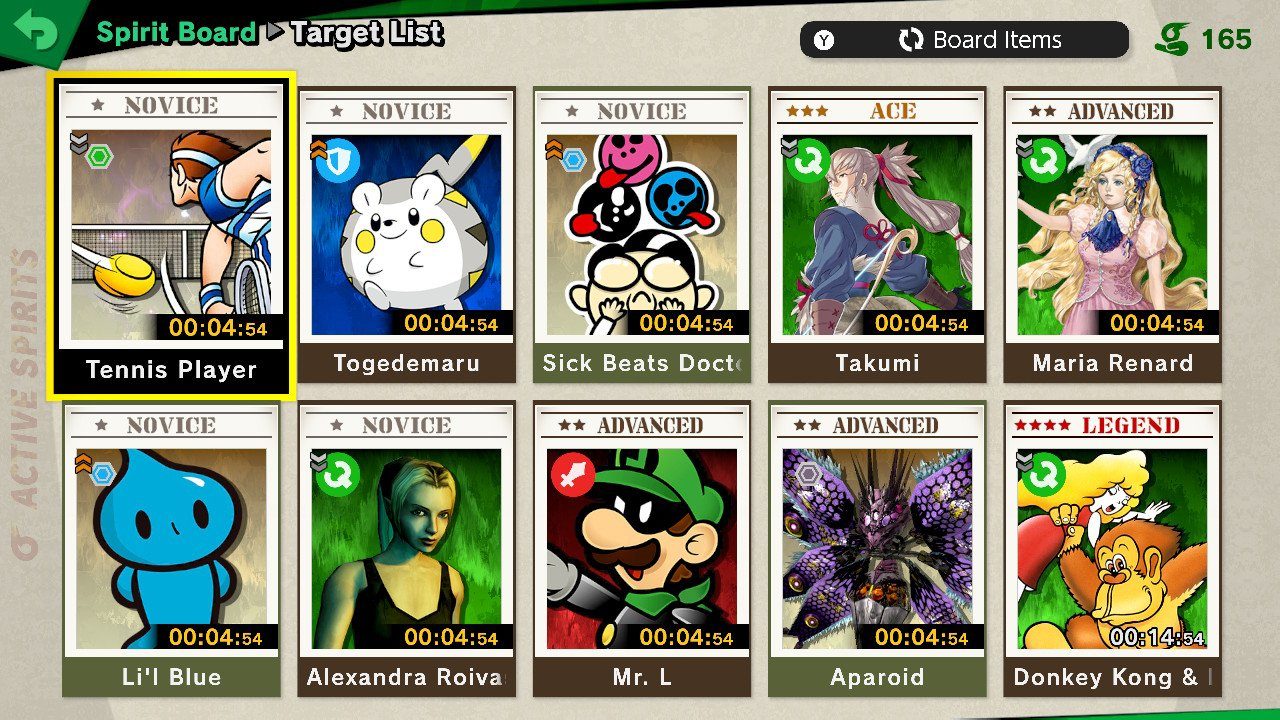 World of Light the first thing I wanted to check out when I started the game. To say that it was disappointing would be an understatement. The lack of a story beyond the intro video, slow time to unlock,Â  and especially the high time investment for little reward makes it more of a chore than fun activity. Maybe I’ll change my tune once I finish the map. Maybe there’ll be another cutscene or movie to wrap up the “story” but as of right now, it’s a pile of garbage.