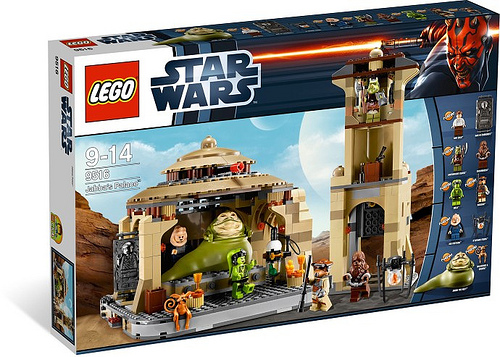 Deals deals deals!!!Â  The UK is somewhat over-flowing with good deals on Lego at the moment, so here’s a run down …

Tesco are running a 3 for 2 deal on all toys.Â  This applies in store and online.Â  In addition, several Lego sets all have money off (e.g. Â£8 off Star Wars 9497 Republic Striker-Class Starfighter or Â£6 off Star Wars 9498 Saesee Tiinâ€™s Jedi Starfighter) so you can really get your money’s worth here.Â  The deal runs until 30th October.

Argos are running a deal which gives 25% off all Star Wars, City and Ninjago sets.Â  This offer also runs until 30th October.

Boots have their usual 3 for 2 on all gifts, which generally includes the Lego sets they stock.

And finally, if they have any stock left, Sainsburys are running an up to 50% off deal on all toys, with 33% off for Lego.Â  I think this deal ends tonight!