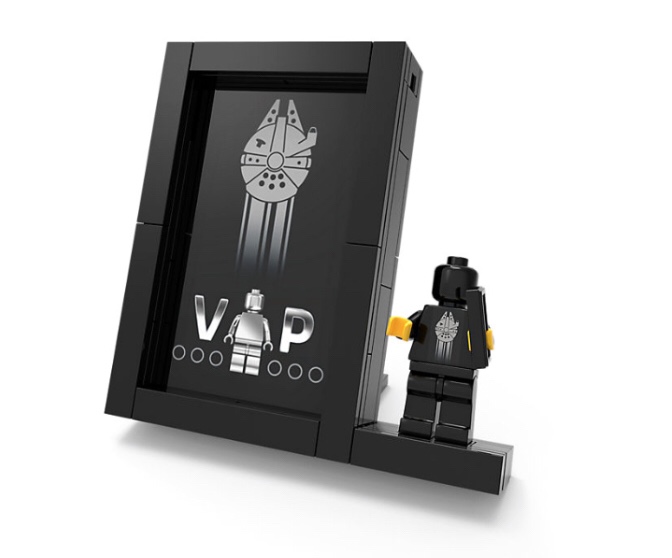 This has been such a great year for VIP Black Card holders.

And I do mean that sarcastically.

I know I’ve been MIA for a couple of weeks so when this popped up, I had to ask around to see if there were any promos that I might have missed. My perception of time is a little warped on exactly how long I’ve been away; but no big deal, my friends set me straight. As far as we can tell, as VIPÂ Black Card holders, we were privy to an 8.5″ x 11″ Y-wing blueprint that was free with a purchase of 75181 Y-wing Starfighter UCS set, a free entry to a white gold R2-D2 minifig, and Double VIP points for February.

When people say something like “I could count on one hand the number of times [x] happened” they are usually exaggerating, but this time it’s truth. I can literally count on one hand the number of VIP Black Card offers that were available to card holders. And that number is three. Even if I missed something or forgot an offer I still have two more fingers to count on.

Do you guys remember that one set you can get from retail, Escape the Space Slug? This was maybe last year or the year before. I think something like that would have made a great VIP Black Card offer.

Let’s take a trip down memory lane for a quick second. This is what was promised us: 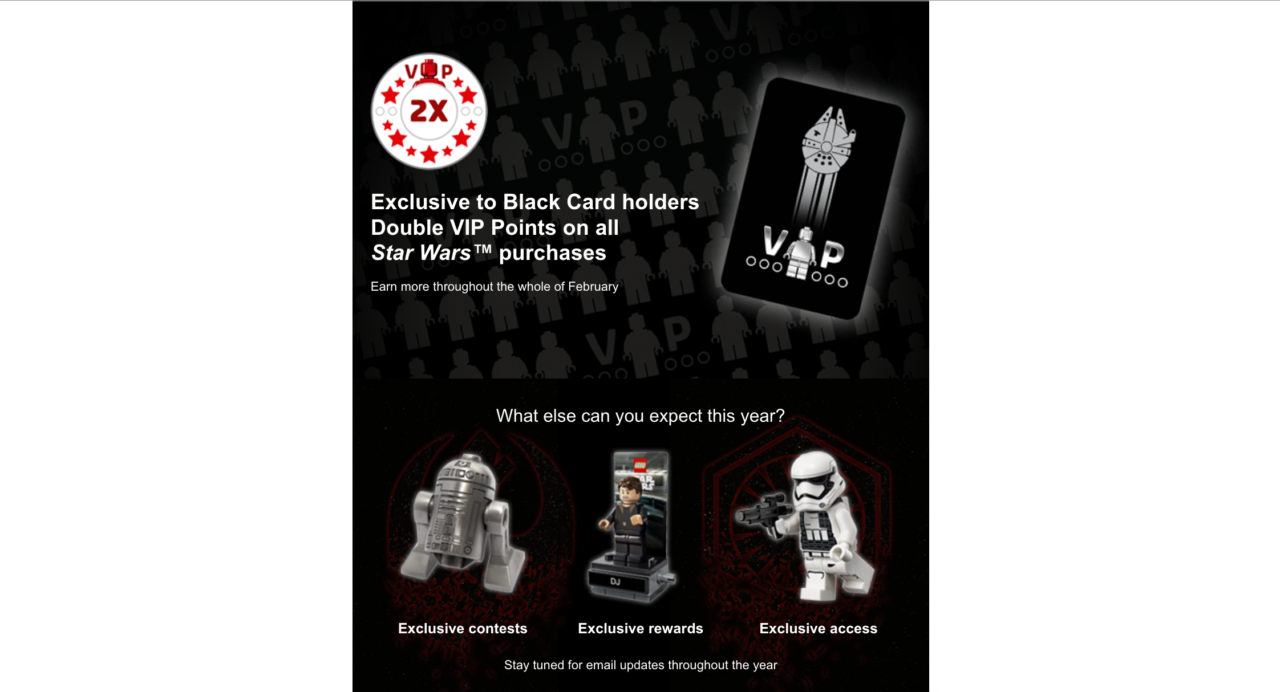 This was in an email sent to card holders for the February promotion. We’ve had one contest in the form of the white gold R2 giveaway, one exclusive reward in the form of the blueprint, and one month with Double Points. Would that be considered “exclusive access”? Doesn’t matter, I feel ripped off.

But hey, all the stress in trying to get a UCS Falcon last December so that we can have this special card and benefits that are exclusive to the card will pay later this month when we will supposedly get this:

I can only assume the 1×2 tile is a printed VIP card.

There are no other details on when you can try and get one (maybe December 7th?) or how. It could be a free gift with purchase, but it would be surprising to me if that were the case. It should be offered as an apology like hey, “we know the program didn’t pan out the way we were hoping but here’s a free set. Sorry.” LEGO would never just give away something like this for free though so we’ll just have to wait and see.

I have another theory that’s been in the back of my mind when I first learned about this. Maybe it’s not entirely LEGO’s fault. Maybe it’s Disney. Ever since Netflix cancelled Daredevil, everybody’s been looking at the Mouse House and muttering “what the heck, Disney” under their breath. Maybe LEGO did indeed have plans for their VIP Black Card holders for an entire year. Maybe those plans were approved but then cancelled at the last minute. I’d be interested to know if there’s any semblance of truth to my theories, even off the record.

FOMO is a powerful motivator and all the effort people went through to become Black Card members has not been worth what they’ve gotten so far. I see now that I myself was motivated by FOMO and even contemplated driving to Arizona one day to get the set. I feel a little apologetic for you, dear readers, for promoting that mentality and giving tips on how to secure a set yourself. I’m sorry and I sincerely mean that.

It’s been a great year for VIP Black Card holders.