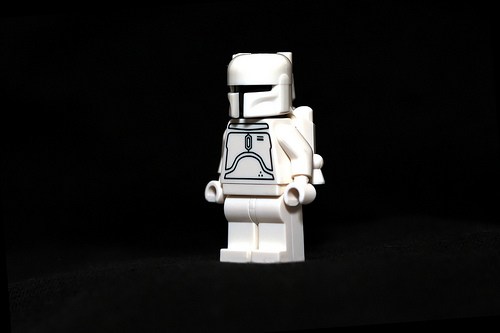 I found out some more information regarding the white Boba Fett minifig that was passed out at Toy Fair, along with some other tidbits.

As usual, FBTB will try to stay on top of the news on how you can try to get any of the exclusives.