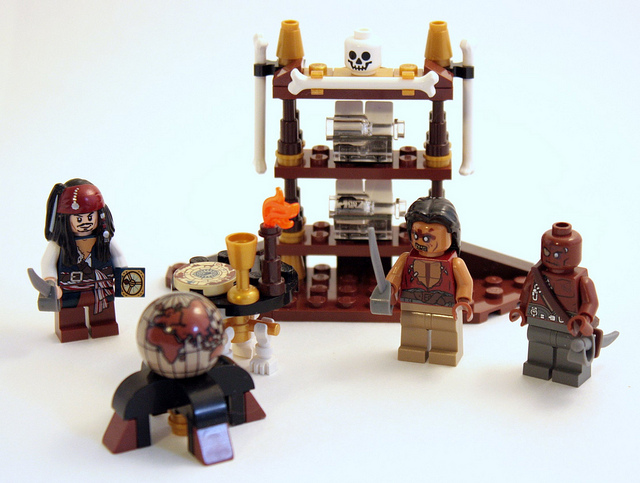 The cheapest set in the Pirates Line, the $12 captain’s cabin, on its surface, seems to be a great deal. Three minifigures, two of the new wine bottles, and a rather awesome globe. Is this the new “must have” set, or a glorified battle pack with some parts you’ll never keep together?

The set gives us Captain Jack Sparrow, just like every other PotC set, and two called henchmen, most likely from Blackbeard’s crew. It’s the same Jack Sparrow that’s in 4192 – Fountain of Youth, and has a switchable head for a more shocked look. Both of the henchmen are okay, but their zombie-fied faces make it so there’s limited use in them in other mocs. One does feature a shoulder scabbard though, which is nice. 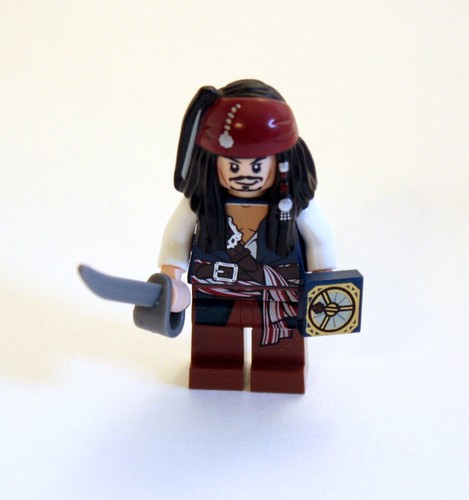 But since their skin tones are unique, you can’t easily vary them to make up different henchmen, short of swapping hair pieces. I love that LEGO is giving us some racial variety in the sets, it makes a lot of stuff a lot more realistic, especially in a pirate setting. But since the torsos are printed in the same color, and there aren’t a lot of other dark tan or brown minifigures, not a lot of stuff to do. But this is a cheap way to get the sword scabbard/holster/thong. And I’m thinking I want a few more of those. 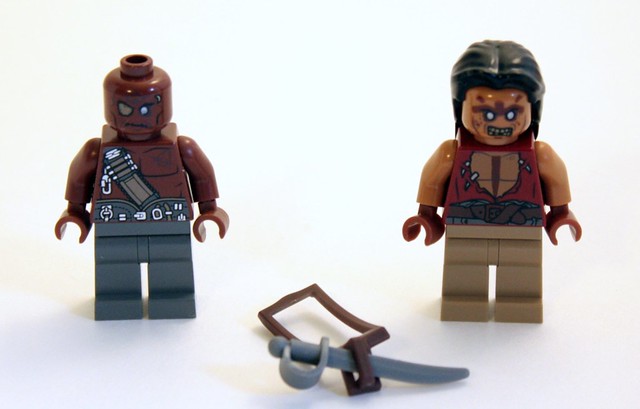 The actual set is just three small pieces. The largest is an overly elaborate and very inefficient wine rack (or maybe a set of shelves). The most notable thing about it is several pearl gold cones and 8 brown telescopes that have been en vogue for some time, along with some 1x4x1 dark brown slopes. And of course two clear bottles, with a ship printed on the side. This is the only set with the clear bottles, so if you want them, there you go. 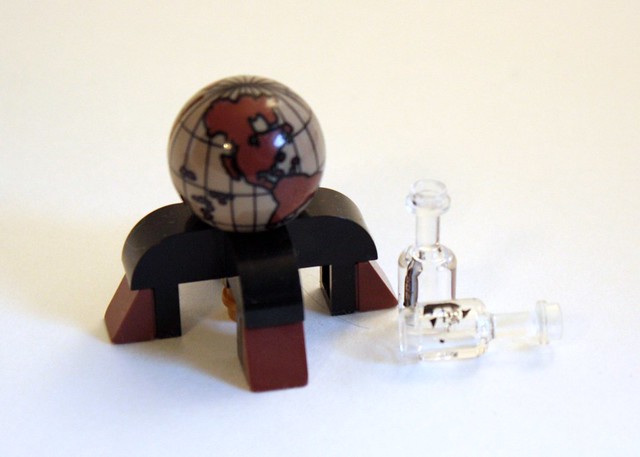 The rest of the set consists of two small builds, a globe stand and a table. The globe stand is simple, and doesn’t look bad. The globe is the star of the whole set; it’s two halves that snap together, the clear helmet that we all went nuts over from a Sponge Bob set a few years ago. So you could feasibly make it a nice head for some reason. Just saying. 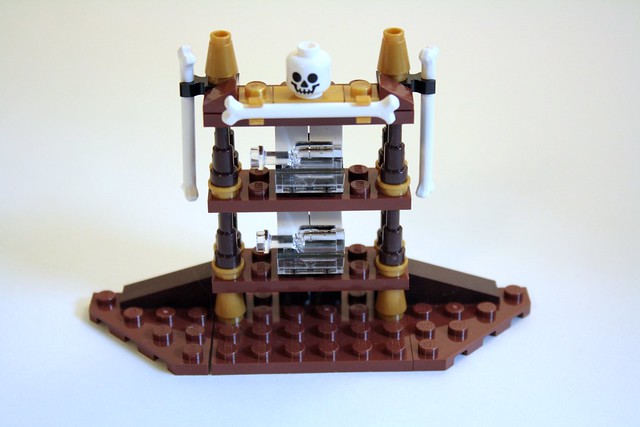 The table is probably the ugliest part of the set, and sits way too high in my mind. Four skeleton legs make up the base, tabbed on a small ship’s wheel in pearl gold stuck on a spinner peg and round plate. It has a round map that’s nice, but non-descript, another telescope (set up as a torch) and a gold goblet. 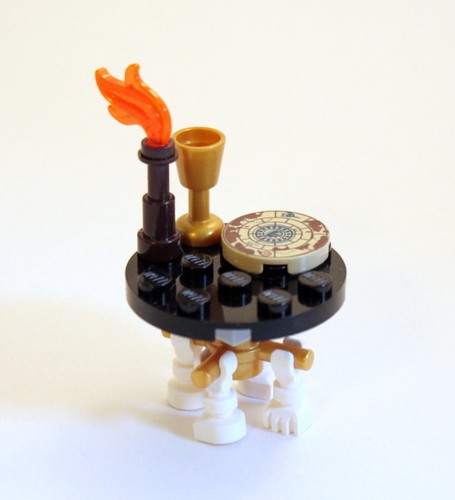 And that’s about it. 94 pieces, most of which aren’t all that special. It’s only $12, but it doesn’t do much. It’s not even a fun playset, since none of the figures fit with the stuff around it. But as a parts set, it’s pretty nice, and I’ve bought more than one just for the globes and bottles. If I saw them on sale, I’d pick them up. But unfortunately, because the henchmen are so specific,

My overall impression of the set is somewhat mixed. It’s got some very interesting new pieces, the globe and the bottles are quite nice (even though the smoke bottles without print are a lot nicer). The minifigures are all nice, but appear in other sets. The globe is the best piece in there, but I don’t see where you’d need more than one. Nothing about it feels all that much like a captain’s cabin. And surprisingly, if you get Queen Anne’s revenge, there’s not really enough room to put most of these things into the captain’s cabin there. The set gives a lot of value for parts, but as a standalone set, it’s not great. Especially for a playset, which includes no play features.

Verdict: Buy… if you’re interested in the parts. Otherwise, just pick up other sets and BL the globe.