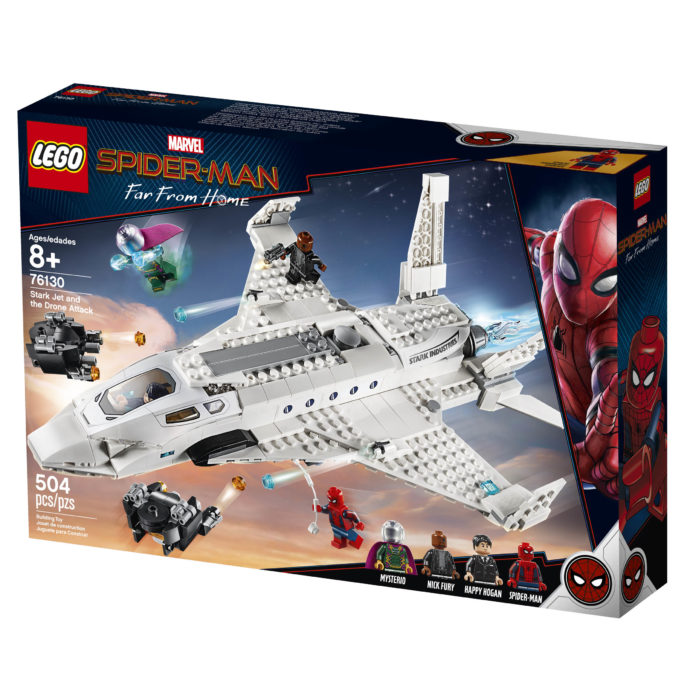 I was sent pictures and product descriptions of three LEGO sets tied to the upcoming Spider-Man movie, Spider-Man: Far From Home earlier today. All three sets will be available for purchase on April 22nd. And, like, dude, that’s next week! Monday to be exact! And if you’re the gambling type, you can wait until they go live at LEGO Shop@Home to take advantage of the LEGO Avengers Tower promo set. The details are below, but first let’s re-watch the trailer shall we?

Looks so good…. Alright, now that our collective appetite for all things webhead are whetted, let’s go on to the sets. Be warned, possible spoilers below! 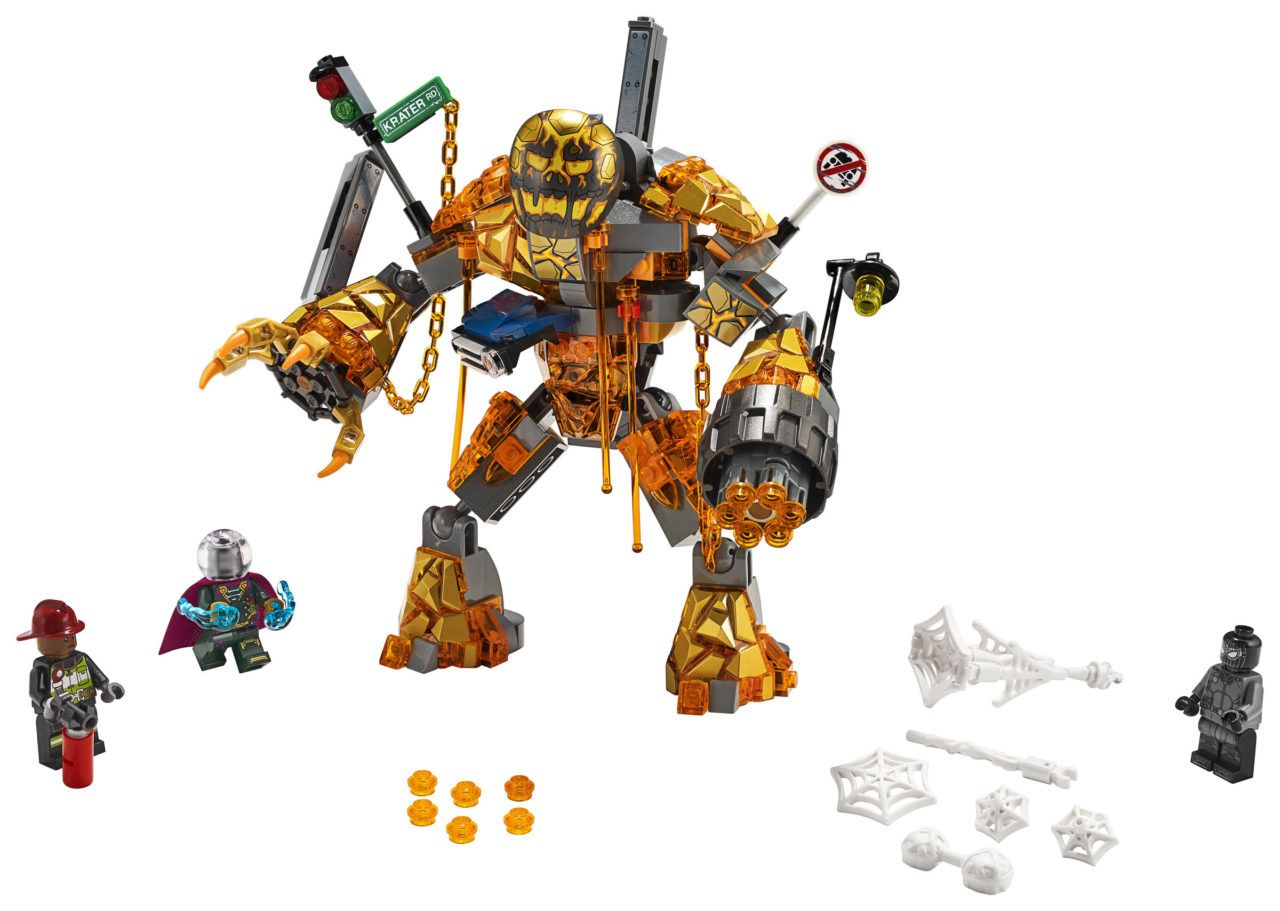 Play out a metropolis-melting Molten Man vs. Spider-Man showdown!

Join Spider-Man and Mysterio in the heat of battle to stop Molten Man melting down the whole city! Molten Man’s dangerous lava is absorbing everything from cars to traffic lights. Escape from this fire monster’s gripping claw and dodge the rapid shooter. Spin spider webs to take down Molten Man then put out all the fires with the firefighter’s fire extinguisher!

Create a delightful Venice scene… then cause chaos with Hydro-Man!

Take a romantic trip to Venice with Peter Parker and MJ. Enjoy a gondola boat ride then stop at the café for a coffee and a slice of pizza. But watch out—here comes Hydro-Man making huge waves in the canal. Transform into Spider-Man, fire spider webs at the invader and leap across the bridge. Hang on to the wall then explode the bridge. Then fly in to save the day with Mysterio’s power energy! 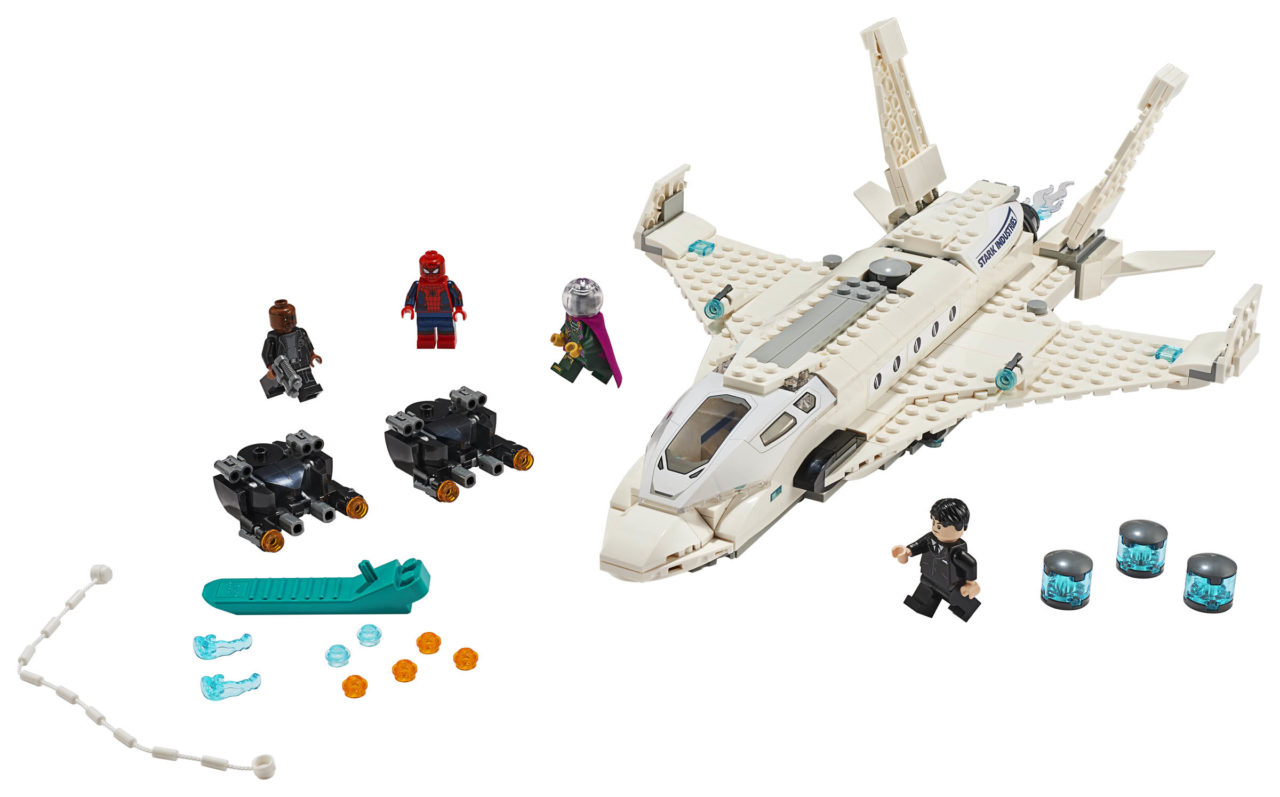 Fly to the rescue with the weaponized Stark Jet!

Defend Venice against drone attack with Happy Hogan, Nick Fury, Mysterio, Spider-Man and the super Stark Jet! Adjust the wings and launch into the sky. Control this hi-tech jet airplane from the dual cockpit with Happy Hogan and Nick Fury. Swerve 2 stud-shooting drones and fire back with the jet’s own stud shooters. Then release the hatch to drop energy bombs or send Spider-Man swinging into action on his web string!

Taskmaster’s Ambush Sets Are Being Delivered In Envelopes