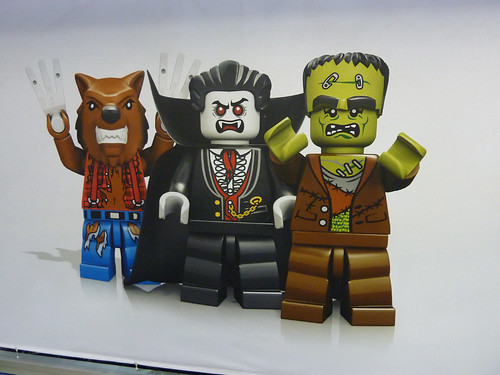 So, here I will try to sum up everything else I saw.Â  My focus really was on the licenced themes, but I did try to take in as much else as I could too … apart from Friends, which I didn’t see due to a lack of time.

Quite an interesting theme … it was described as a battle between good guys and monsters, whereby the monster in the set is after a crystal and if they get them all, they can collect them together and unleash hell.Â  Most of the monsters are new, although some do lend themselves to the Colletable Minifigs line.Â  The sets are due out in August, but with a particular marketing push around Halloween, for obvious reasons.

I quite liked the 9466 Mad Professor and His Monster set, as it featured a light brick, which was used to show electricity being fired at the lifeless Frankenstein as it laid on a bed.Â  Very effective I thought.Â  The 9467 Ghost Train set also had a nice feature where the bat wings moved as you pull the train along.

There were some nice new moulds for some of the figures, including the vampire bat minifig and a new glow in the dark ghost, with a tuft of the sheet on the back of the head.Â  The Good Guys and vehicles have quite a classic 1930s style design. 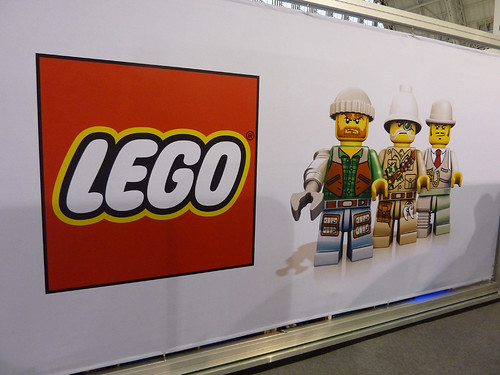 The Summer wave here revolved around an expansion further into the wilderness with a mining theme … featuring dumper trucks (with a brick built dumper bit, rather than a one piece mould), trucks, diggers, cranes and a mine set featuring a drilling machine, conveyor belts and mine train.Â  The minifigs seemed to have new helmets (at least to me) which used the 1×1 tiles for a light on the front of the helmet.

Quite nice sets really and it’s good to get some variety from the usual sets found in the city line.

The new City Advent Calendar has a fire theme in 2012 and veers away from creating a bigger build like the prison from this year.Â  The little builds feature a new modified 1 x 2 brick with an actual brick pattern.Â  These were pretty cool and will no doubt be sought after pieces.

Nothing new on display, although the dealer catalogue I got shows mock ups for the packaging for series 7 and 8, with release dates of May and September respectively.

Highlights for me were 7347 Highway Pickup, which featured nifty light bricks which could be used for indicators or headlights and the 7346 Seaside House, which had 2 decent alternate builds.

Expect these in August.

9398 4 x 4 Crawler was an extremely cool model … with full RC controls and 2 motors allowed independent & power 4 wheel steering.Â  There’ll be a competition to customise these apparently.Â  The 9396 Helicopter set was absolutely massive and had a lot of play features.Â  No motorisation, but as usual, there was space for this if you have the skills to add it.

Not really a line I know anything about, but there were some really cool looking new models, especially 9448 Samurai Mech, which reminded me of all the mecha’s I see posted in the MOC section and the 9450 Epic Dragon Battle set just blew me away with how it all sprang into action when you pick it up.Â  Nice sets, if you’re into this theme.Â  Lots of new snake-like minifigure moulds here too, in a variety of colours. 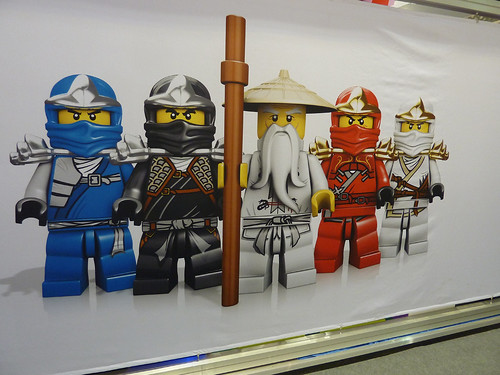 Nothing new that we don’t already know about

Pirates of the Caribbean, Harry Potter and Alien Conquest

Nothing new and all sets due to exit in July 2012, so get in there soon if you want any of these sets.

Didn’t have time to look

Whilst killing time waiting for my appointment, I found the Re:Creation stand who make things like the minifig display cases, head shaped storage bins and torches.Â  It looks like we’re getting some new Star Wars torches (Vader, Yoda, Stormie and Darth Maul – although I overheard someone saying this might not make it to market).Â  There’s also a pretty cool looking Darth Vader desk lamp.

Regards the minifig display cases, which I’ve yet to find in the UK … these are coming to Argos and Amazon by the summer. 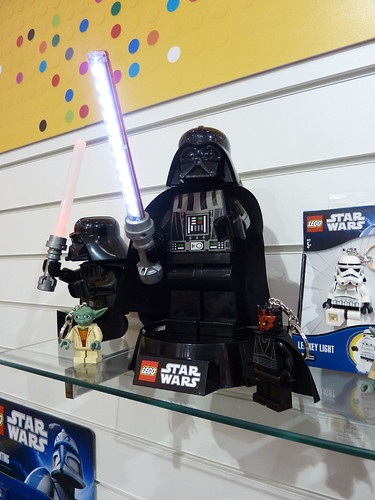