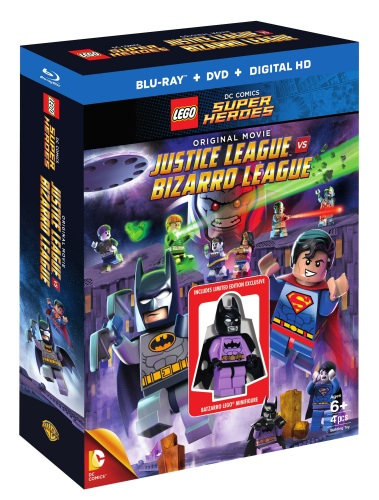 If you’ve been enjoying all the recent animated LEGO specials like the Batman Be-Leaguered one (that I missed) and wish there were more, you’re in luck. LEGO Justice League vs. Bizarro League is due out on Bluray and DVD on February 10th, 2015 and it will include another exclusive minifigure, Bizarro Batman. Looks like they went with some of the voices from recent DC cartoons like Khary Payton as Cyborg and Diedrich Bader as Guy Gardner. Those who have no interest in the figure (I’m sure you’re out there), will no doubt be able to catch this on Cartoon Network, Teletoon, etc at a later date. At this point, I don’t know why they don’t just make a LEGO Justice League series. I’ll be picking this one up and fighting my son for the figure, though I’m really left wanting a Zur-En-Arrh Batman now… and Bizarro.