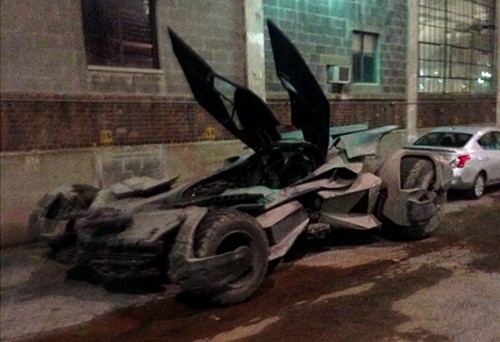 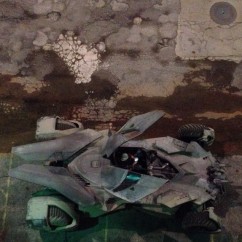 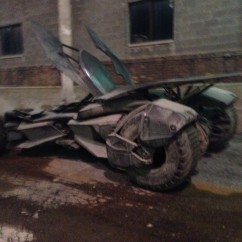 Yesterday morning, someone spotted the new Batmobile parked in a back alley somewhere in Detroit. If one of the pictures hadn’t captured the staff driver sitting in it fiddling with his phone, you could almost have imagined Batman parking it there so he could run into a 7/11 to buy breakfast burrito and a six pack of Red Bull. I suppose you still could if he just forgot to lock it and someone exploited the opportunity to grab a selfie in the Batmobile.

Presumably stinging from being beaten to the punch by a random Instagramer, Zach Snyder posted the picture below of a cleaned up and more aggressively postured Batmobile. I have to admit that it seems very similar to the one from the upcoming Arkham Knight game. I’ve always found it odd that a character who was so vehemently against the use of guns always seemed to have them on his vehicles. 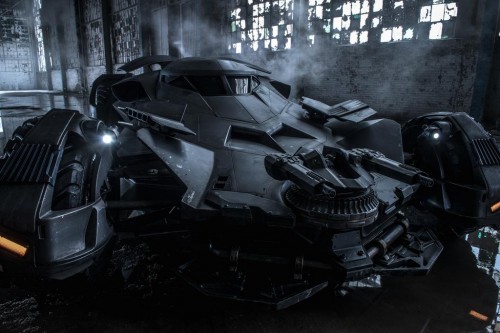 As we have with the last two onscreen versions of the Batmobile, I’ve no doubt we’ll see this in LEGO form when the movie is released on March 25th. 2016. Hopefully, the the sets based on Batman v Superman: Dawn of Justice (still sounds like the court case of the century), are better than the crop from Man of Steel.