Gamescom is happening right now, and as part of the opening night’s festivities, WB Games released a new trailer for the upcoming LEGO Star Wars: The Skywalker Saga video game. The will be released in Spring of 2021 now and will be available for Switch, PS4, PS5, Xbox One, and Xbox Series X.

It will be available in Standard and Deluxe Editions. The Deluxe Edition has a couple of extra goodies. It will feature a special slipcase that will unmask Vader:

The Deluxe Edition for LEGO Star Wars: The Skywalker Saga will also come with an exclusive Luke Skywalker with blue milk minifigure. Luke will also be sporting a milk ‘stache as well: 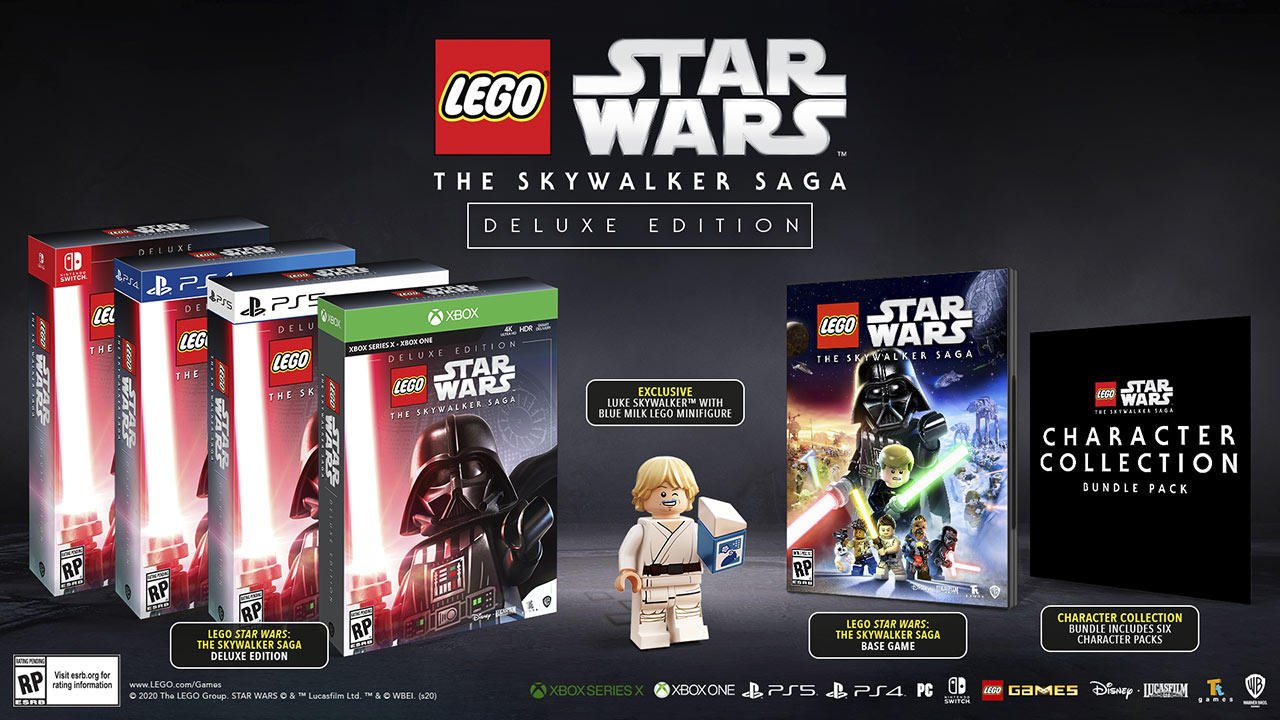 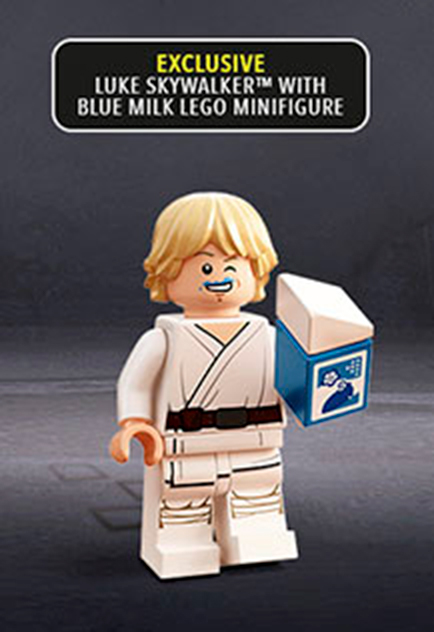 And finally, you’ll also get a Character Collection bundle, which includes six DLC character packs. No word yet on what characters will be in those DLC packs but be ready to shell out some additional money on top of the game’s asking price if you want to be 100% complete.

Speaking of price, the cost standard version of the game will be $59.99 and the Deluxe Edition will be $69.99. Best Buy is the only retailer offering pre-orders right now for Deluxe. Others should be coming around soon enough, but you’ll probably want to get it from BB since they are offering a free SteelBook case.