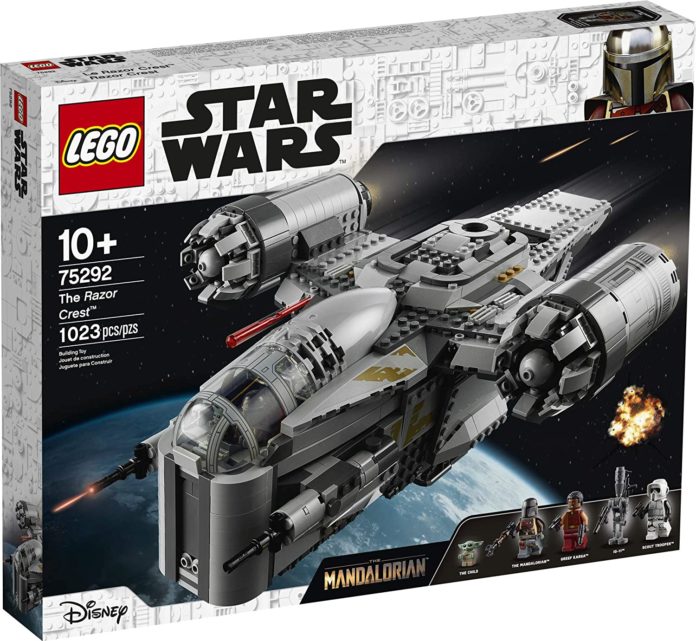 Say goodbye to The Razor Crest and hello to “The Mandalorian Bounty Hunter Transport”. Due to a slight oversight on the part of Disney and Lucasfilm Licensing, the European trademark for “Razor Crest” was never registered. It is owned by some company you’ve probably never heard of selling MOC kits of a fan-built version or something like that. So now, LEGO, along with I imagine every other toy about to be released under the old name of Razor Crest, has to rename the set to Mandalorian Bounty Hunter Transport to stay legal. Initial train of thought theorized that this would only affect sets released in Europe but apparently LEGO isn’t taking any chances and renaming the set in all markets. Though, apparently, the Razor Crest name remains intact in Australia and New Zealand proved by the new product page URL. The product page for 75292 The Razor Crest on LEGO.com used to 404 but now properly 301’s to a new URL using “The Mandalorian Bounty Hunter Transport” in its address:

Yeah, I don’t know what’s going on. The set is supposed to be released on September 1. I have no idea what version I’ll be getting in the mail. Will my set say Razor Crest? Will it have a sticker over the name that says Mandalorian Bounty Hunter Transport? I don’t really care all that much but would prefer that it carries the official name. If LEGO does rename the set for all non-Australian / non-New Zealand markets, it’s a bit heavy handed, even if they did this under the direction of Disney and Lucasfilm Licensing.

I’m sure Disney will fight for the trademark so this all may just be a temporary hiccup. On one hand, I applaud the initiative to register the trademark. On the other, does anybody really want or think it’s a good idea to be that guy?

Pre-orders closed for The Razor Crest a few days ago, but it’s still available on Amazon.

Blah blah blah we’re an affiliate partner click and buy and we earn some pennies kthanx.