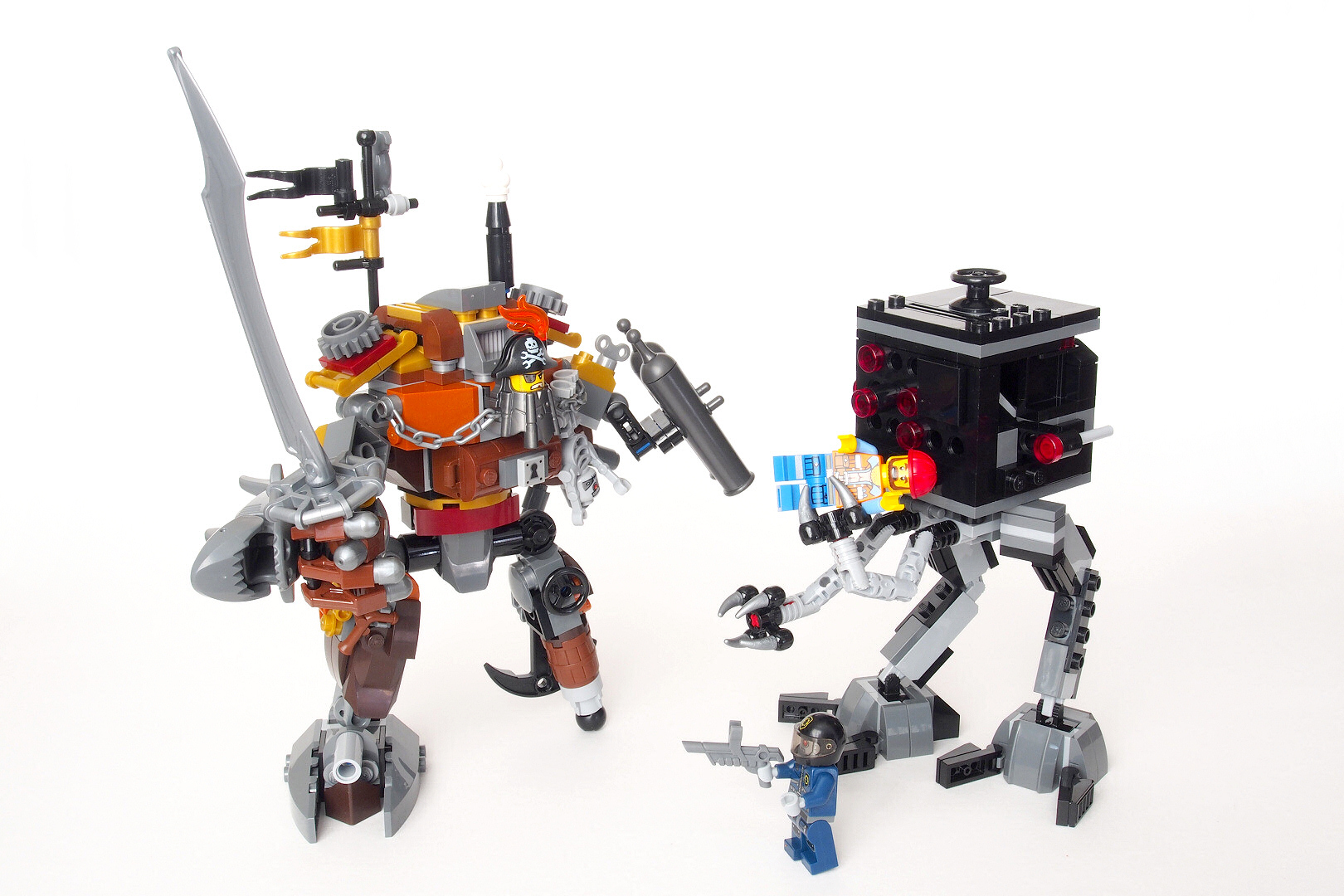 After watching the various teaser trailers MetalBeard definitely stood out. How can you not like a steampunk pirate cyborg with a shark arm? Without knowing much more about the cast, I can easily say he’s already my second favorite character (after Benny of course). 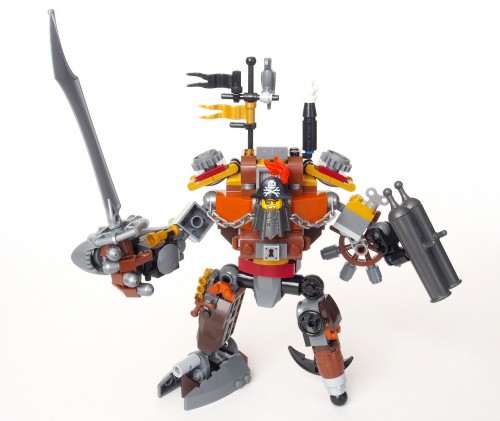 MetalBeard’s clip didn’t give you much more than the look, voice, and a glimpse at the character, but the set description on Shop at Home fills in some gaps. I guess these could be considered spoilers, so, fair warning. He rebuild himself like this after losing a fight against Lord Business, and he keeps his leftover parts in his treasure chest. 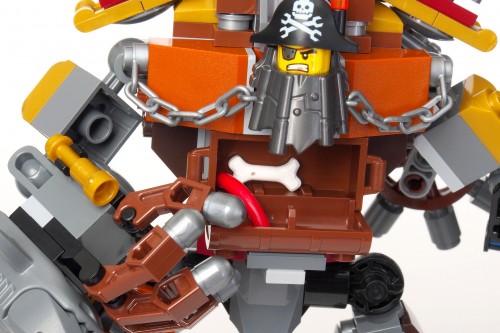 Those leftover parts are apparently just a bone and a sausage. Such wonderful innuendo here. 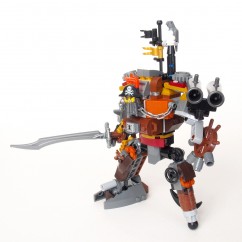 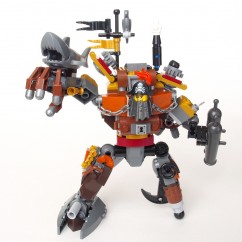 As part of his upgrades, he decided to give himself two cannons in place of his left hand, because who uses their left hand anyways, and a wrist mounted shark on the right. I don’t even know what to say about that other than I love it. 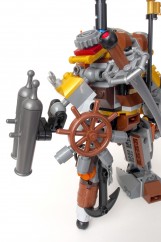 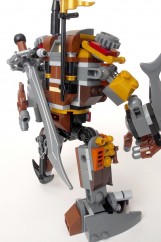 Hanging off the back of the cannon arm is a ship’s wheel holding the round bricks used as cannon balls. As much as I despise flick fire missiles, I’m a big fan of shooty bits that actually work and the spring loaded cannons are tried and true. The right arm is left unhindered, since it need to move around more since it has an actual hand. 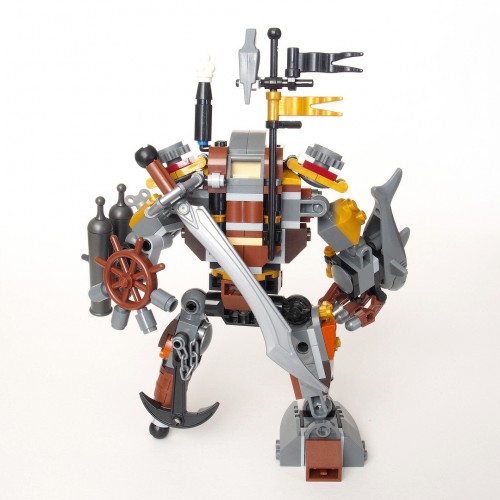 Slung across his back is a giant cutlass, clipped to the left shoulder at the guard. It’s a bit awkward to hold the thin hilt, but manageable. The mast clipped to the right side holds he flags and parrot’s perch. 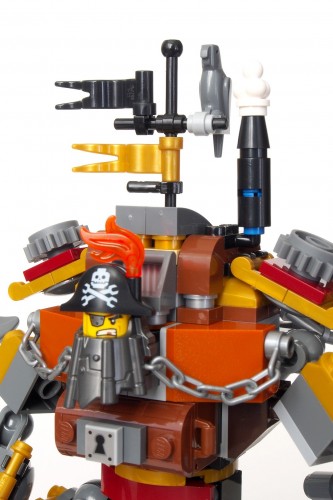 Unfortunately, the gold flag seemed to be out of tolerance in my set, so it wouldn’t stay up on its own so I added the claw below since there was one left over in the spare parts. 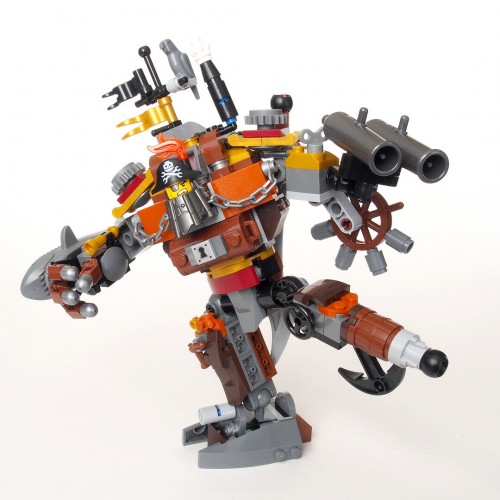 The ratcheting joints at the hips combined with the ball jointed foot make for very stable poses despite the peg leg. The ball joints on the arms give great range of motion. All in all it’s a surprisingly agile mech, especially considering it’s size. It really is a beast considering it’s technically a minifig. 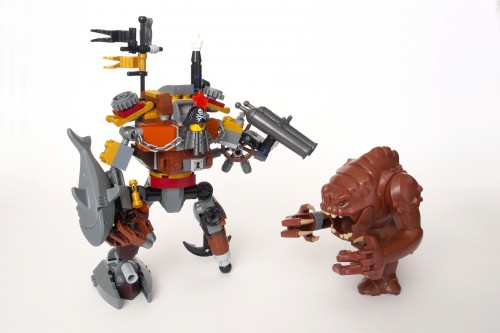 *Rancor included for scale. I kind of hoped it would have an actual minifig stuffed in there, but turns out it was just the head. Maybe we’ll get a flashback set with him in his original body.

The actual minifigs included are a nice bonus, since I’d be happy with just MetalBeard. You get Frank the Foreman (obviously either Emmet’s coworker or possibly his boss), Robo SWAT, and Skeletron. 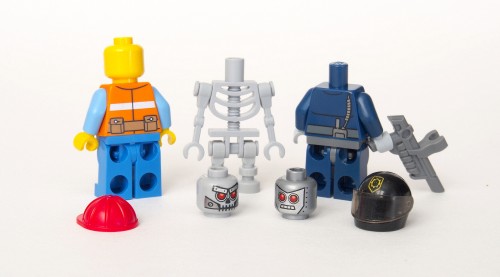 No two sided faces or fancy gear, but pretty good generic figures so no complaints here. 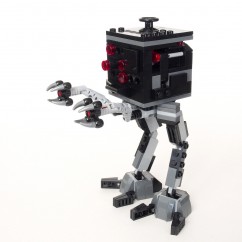 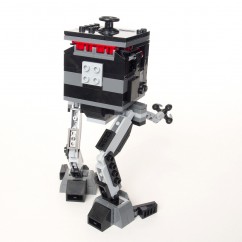 Now it that wasn’t enough, we get a nice AT-ST inspired “Micro Manager”, the Borg cubeish bad guys on the unfortunate receiving end of MetalBeard’s wrath. 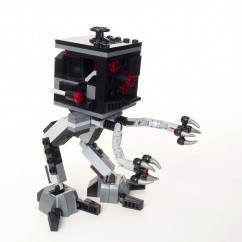 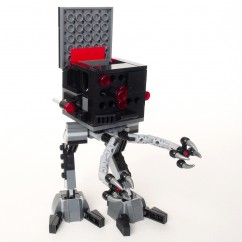 Complete with retractable flick fire missiles (of course) and a pilot compartment even though it seems to be autonomous or at least remote controlled. Lots of little read dot tile eyes and barely menacing clawed arms too. Pretty decent minion to terrorize Frank if you ask me. 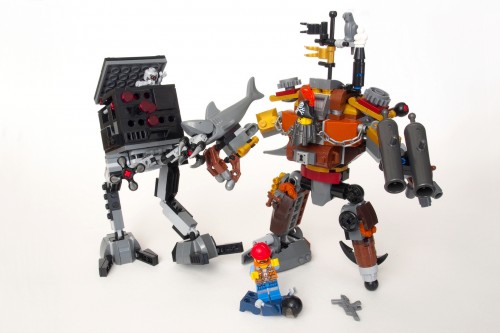 But of course, it’s no match for MetalBeard. How could it be.

Verdict:
5/5 set, the only excuse for not owning this is you hate fun.

Available now on Shop at Home