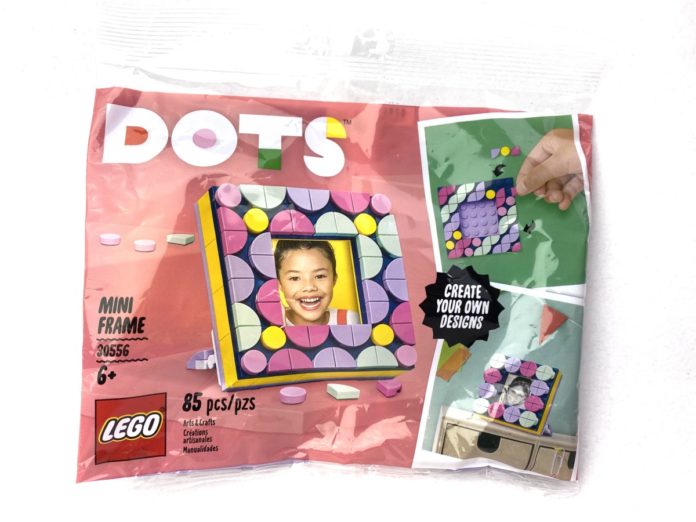 I am not the target audience for this, this theme, DOTS. Even if I were, I think I’d hate it. 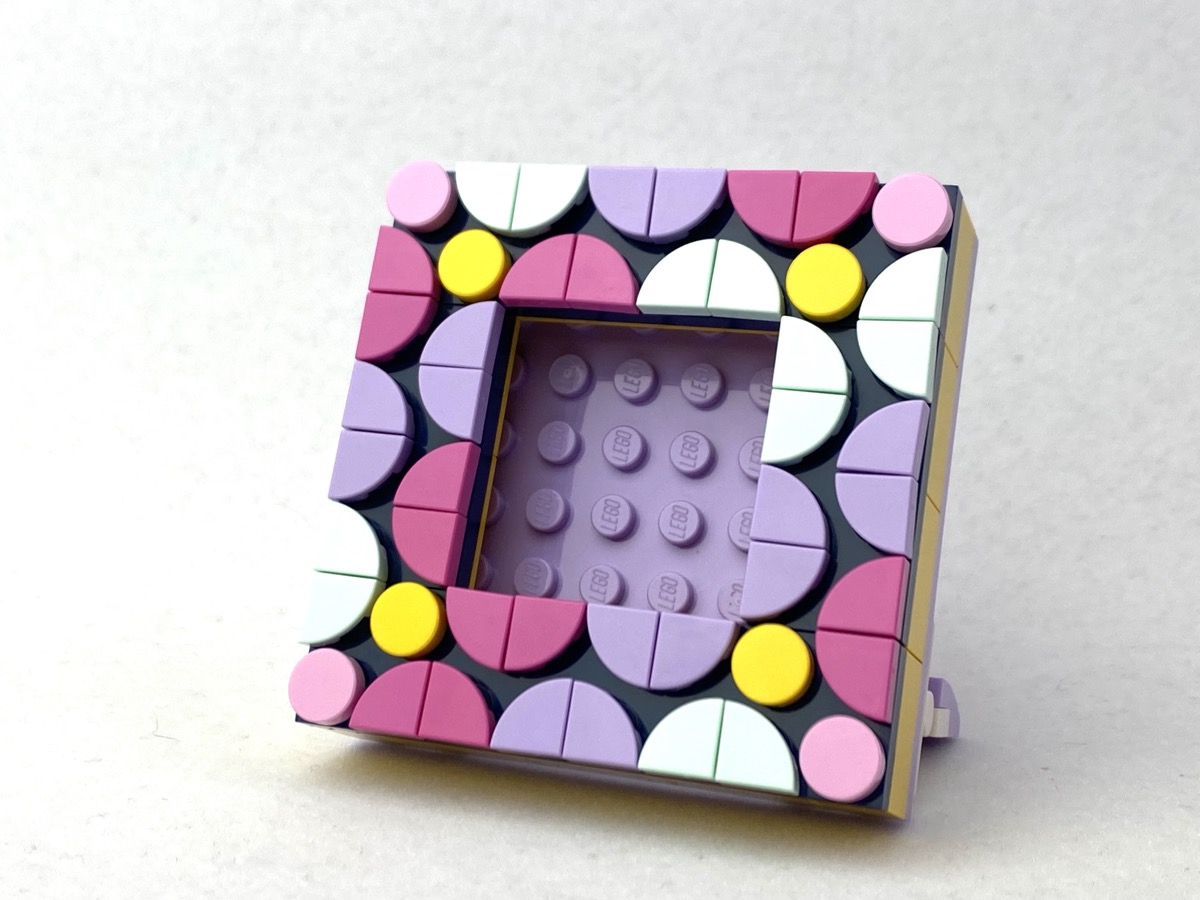 The instructions only go so far to have you create the picture frame. Decorating the frame with the 1×1 elements is entirely up to you. And since I’m dead inside and no longer have an imagination, I just copied what was on the front of the bag. 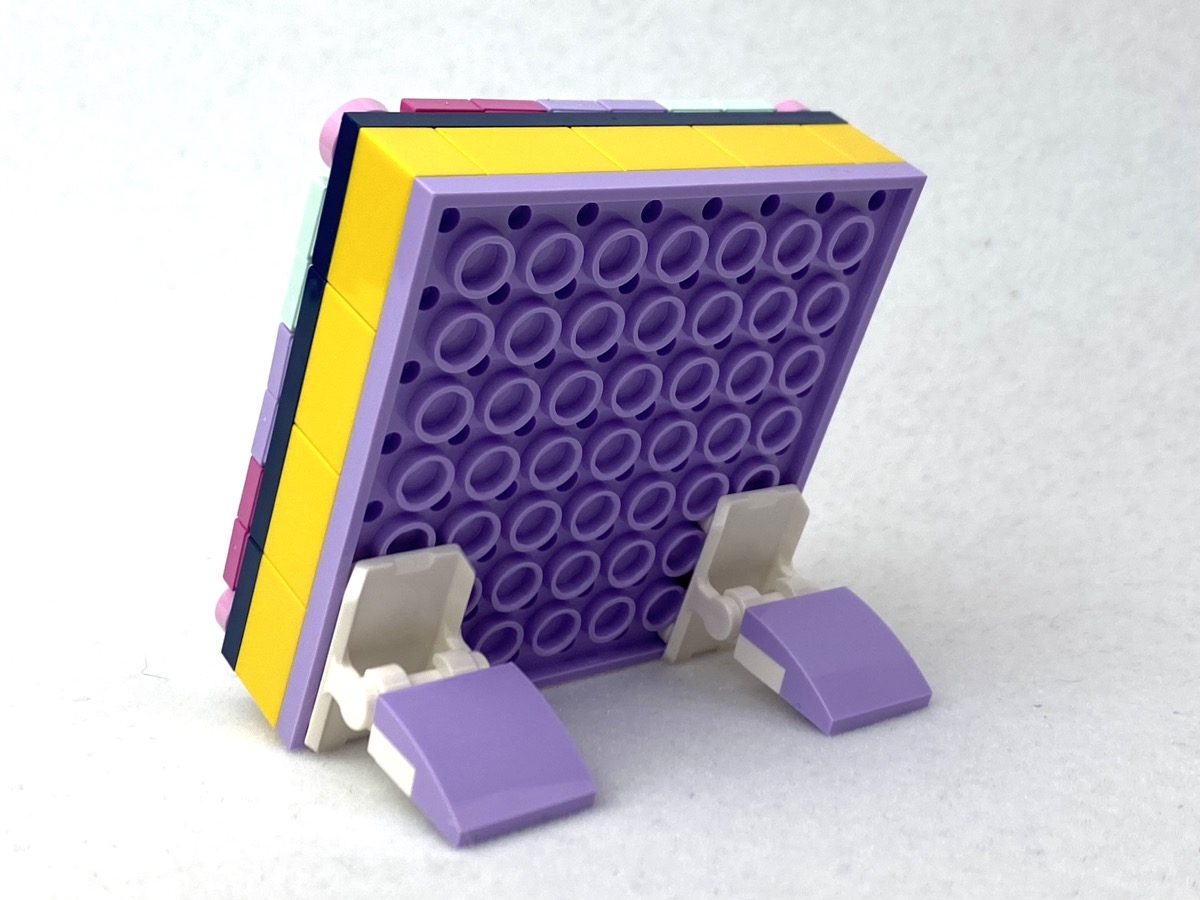 It’s a pretty small picture frame, but I guess that’s why they called it a mini frame and not a jumbo frame. The frame has two kickstands in the back which is annoying. One kickstand would have sufficed so there’s one less doohickey to mess around with to title the frame. 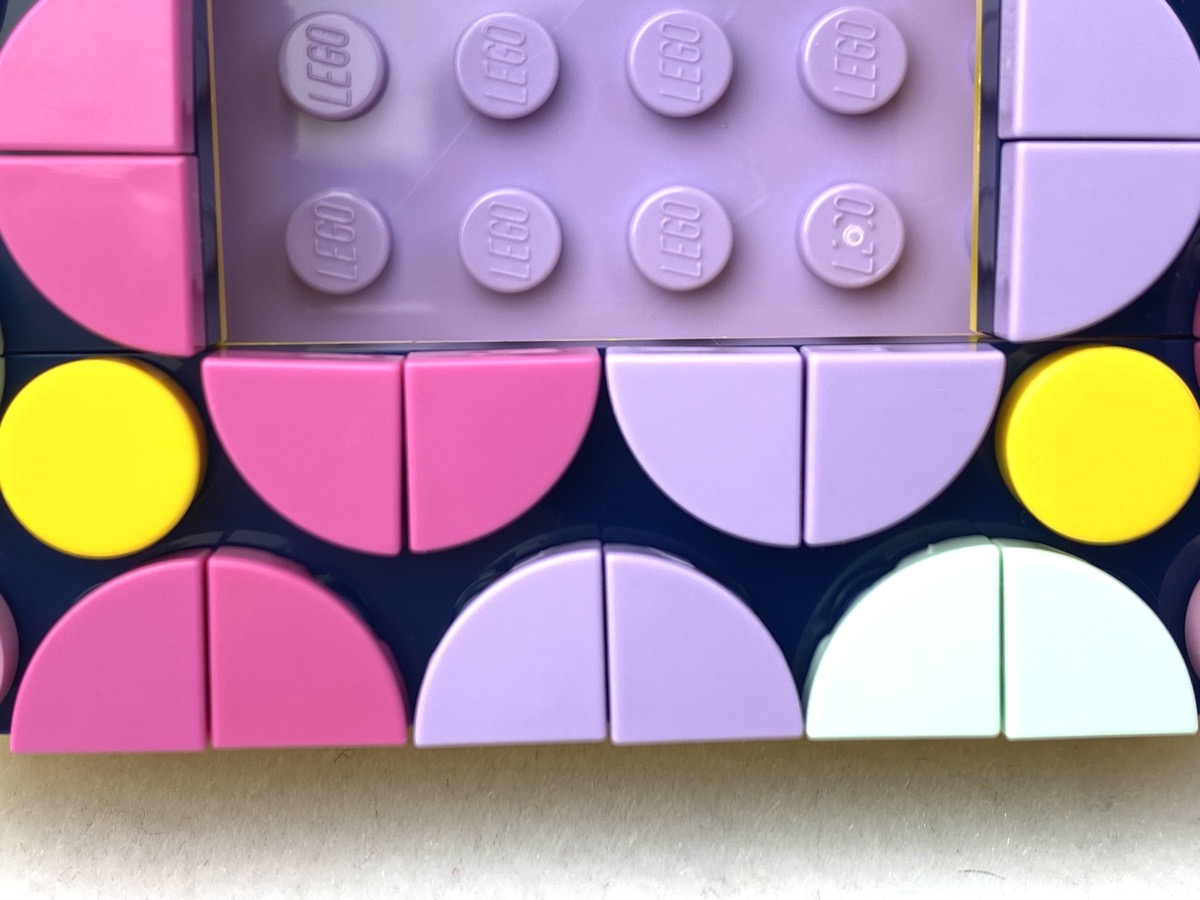 The thing I hate though are the 1×1 elements that have an edge. The circle ones are fine because they’re circular and aren’t really designed to line up against another piece. The ones with the edge, the quarter circle tile elements, set my OCD on fire. They don’t line up RIGHT UP AGAINST ANOTHER ELEMENT. And this issue isn’t exclusive to the quarter tiles either. It’s been around for as long as I’ve been building with LEGO. The problem I have is that there is just the slightest amount of wiggle room when laying down a 1×1 element next to any other element. I think the tolerances are a little looser for 1×1 elements be it plates, tiles or bricks, than for larger sizes. And when you line up two 1×1’s next to each other the gap is even bigger. And because of that increased wiggle room, it’s a bit more difficult to line up 1×1 elements straight. There’s no tool to help with that either. You’ll need to push and prod with just the slightest touch to get things as straight as you want them to be. Most of the time I use the table trick. Anytime I have to mount a 1×1 element to another, I attach them together and then press them against a hard surface to flatten them together thus making them straight. That works most of the time and given what I’ve seen so far with DOTS, that’s not a feasible solution if any edges of a tile aren’t aligned with an edge of the plate or brick it’s mounted on. I think I’d be more open to DOTS if the majority of the elements were 1×1 round tiles. NO EDGES!

This set sucks! I hate DOTS. Just agonizingly annoying. To be fair though, from far away any slight misalignment won’t be too noticeable but down in your heart you’ll know.