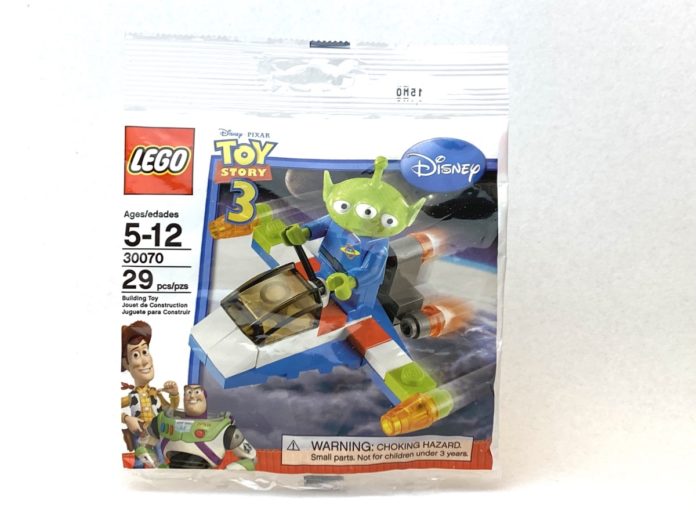 Do you remember in Toy Story 3 when Alien climbed into his rocket ship and orbited Earth? Neither do I but that’s what this set is trying to tell you. 30070 Alien Space Ship is a polybag that teases you one thing, a Space Ship, but delivers another, junk, and I don’t mean the Millennium Falcon kind of junk either. 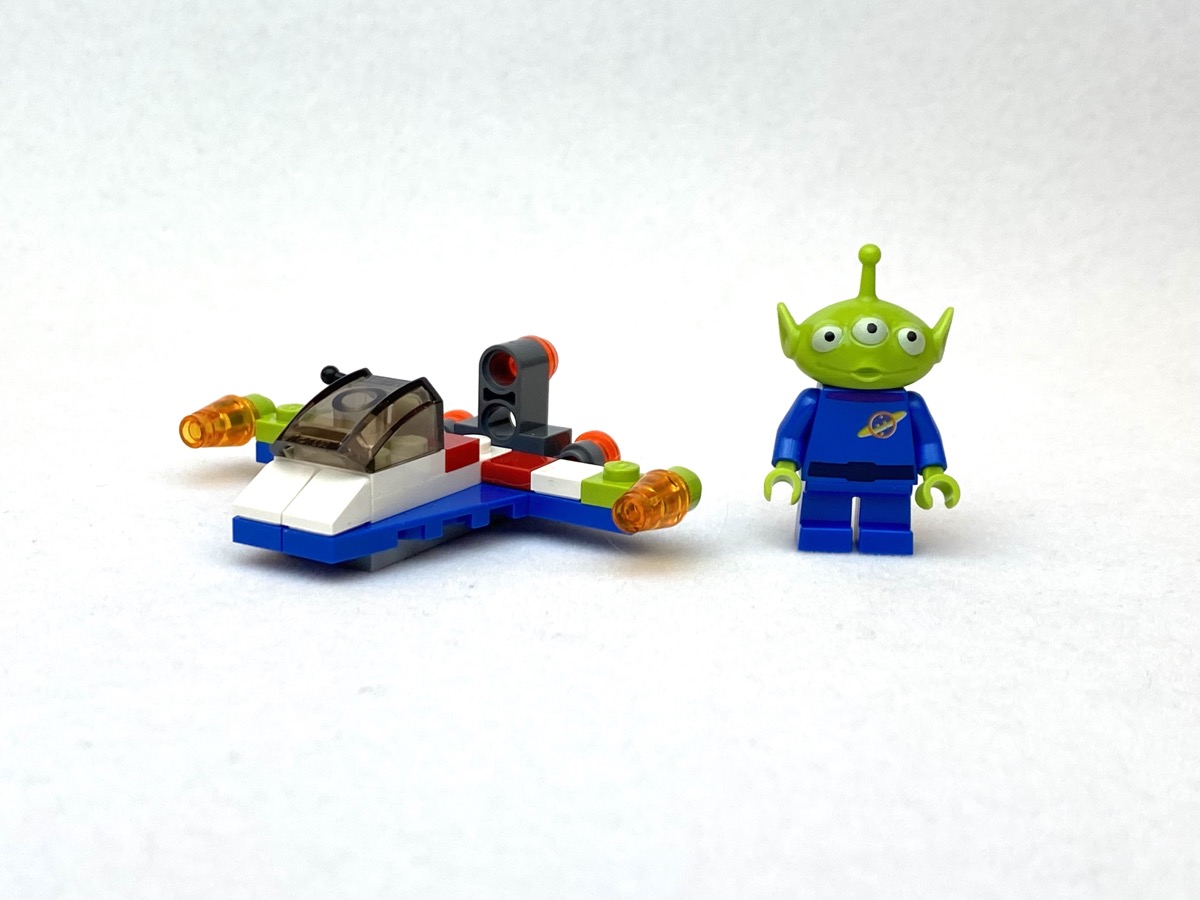 One problem with the set is that it’s only 29 pieces with three of those used up by Alien. That leaves 26 pieces to do something with. Sadly, a bunch of those pieces are just 1×1 elements. I can’t help but compare this set to one of the best polybags I’ve reviewed that also includes a minifig and a vehicle, 30303 The Joker Bumper Car. That set has 47 pieces  and much more substantial pieces at that, pieces that can actually build something. You end up with an actual bumper car with zero compromises. So I don’t think it’s unreasonable to expect a “bumper car of space ships” kind of build, something akin to a Star Wars Microfighter set. I know Microfighters didn’t officially become a thing until years later, but Chibi-fied vehicles have been around for much longer.

Unfortunately, the amount of thought I put into this post is the exact opposite amount of thought put into the build. This honestly looks like a mini version of some ship that was lightly modified to add a control stick and expose some plates for Alien to stand on. The end product ends up feeling like it was phoned in and just an excuse to throw Alien into a polybag. 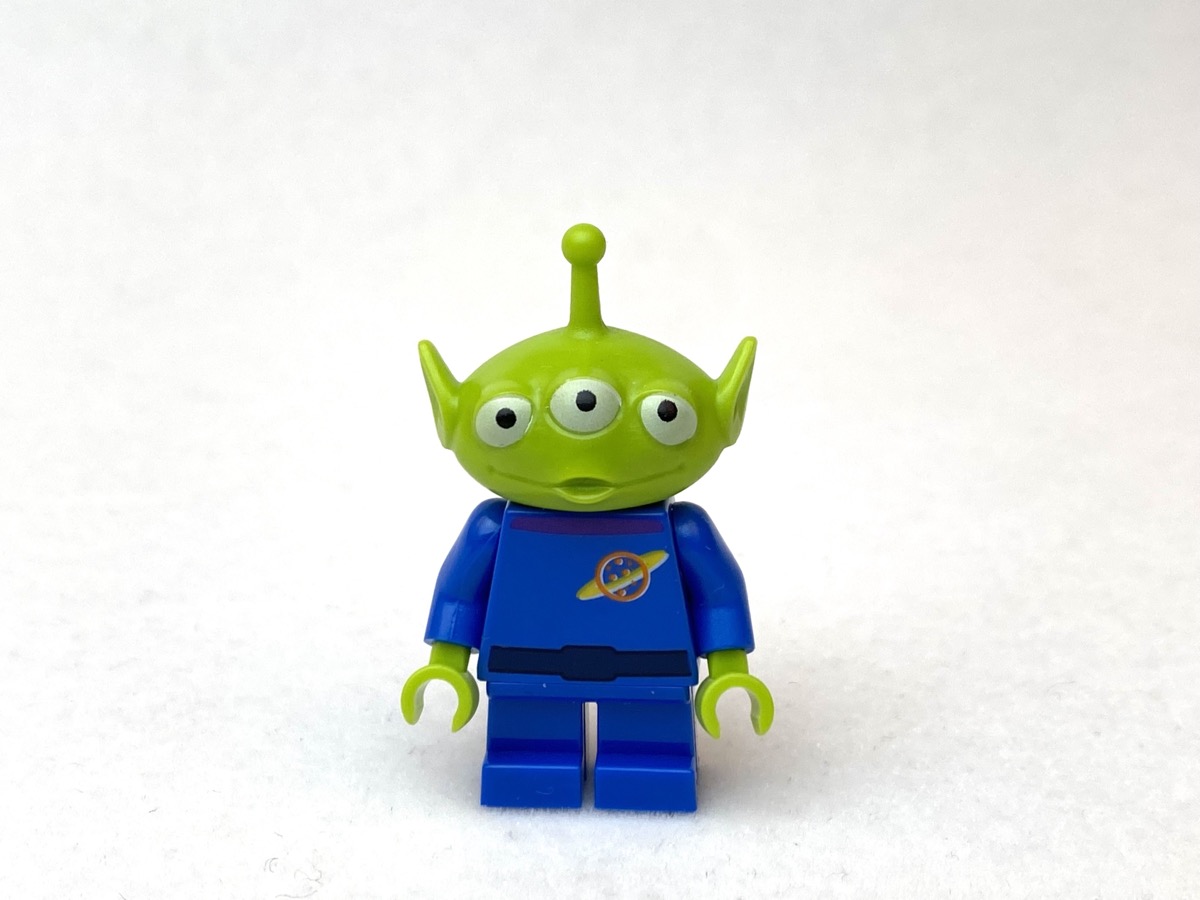 Which isn’t necessarily a bad idea. It was an easy and accessible way to build up an little green Alien army to populate a crane game or whatever. And the Alien minifig looks great with the printed torso and the uniquely molded head. But what LEGO should have done was just stick three of them in the bag, a tiny crane game build or somethign similar to satisfy the building toy requirement, and forget about any sort of space ship.

This set sucks! The idea is well intended but the execution is lacking. That ship is just atrocious and not even the awesome Alien minifigure could redeem this set. Methinks, though, that those who seek out this set aren’t doing it for the build and that’s okay. But for five bucks it would have been nice to have something a little better designed.