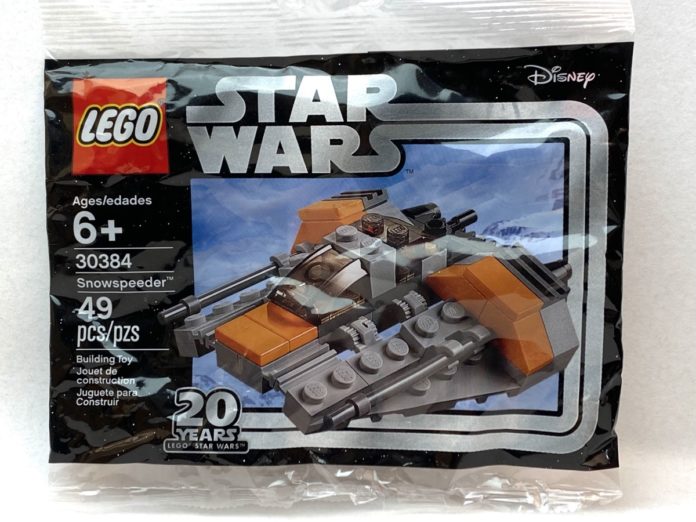 I loved the LEGO Snowspeeder. Loved. Past tense. My bitterness began when LEGO would re-release the same model over and over again with nary a difference between releases and would even charge more in some cases. And during the entire run of Snowspeeder models there’s one thing that never changed: the canopy. It is absolutely the wrong shape. And it’s been like this for a thousand years!

Okay, so I may be carrying a bit of baggage over the whole thing and it all came screaming back when I pulled today’s polybag, 30384 Snowspeeder, out of the bin. 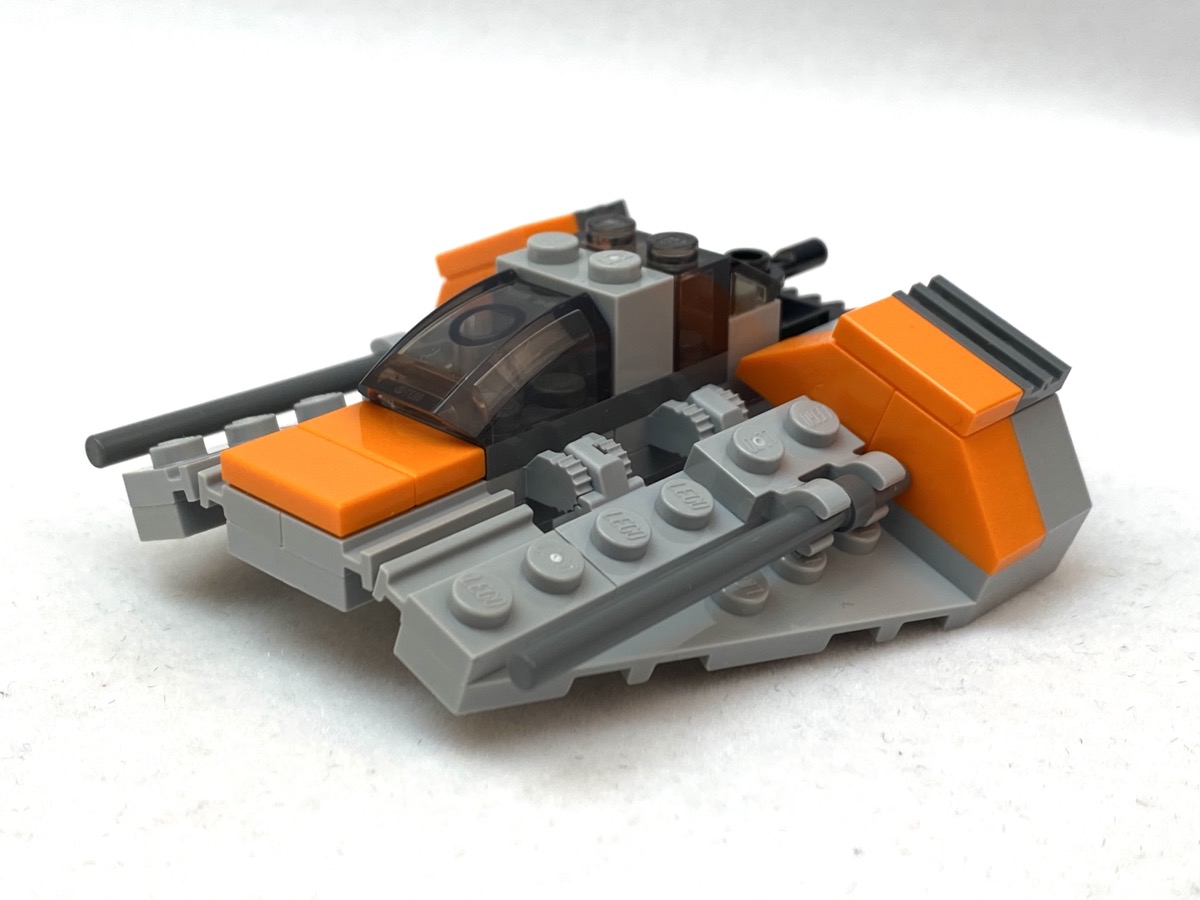 It’s not a good model. For starters, the nose is all wrong. The Snowspeeder model would normally use a slope brick and the negative space between it and the forward tips of the wings would create the illusion of the angular nose piece. Here, there is no slope and it is completely flattened from the orange tiles. 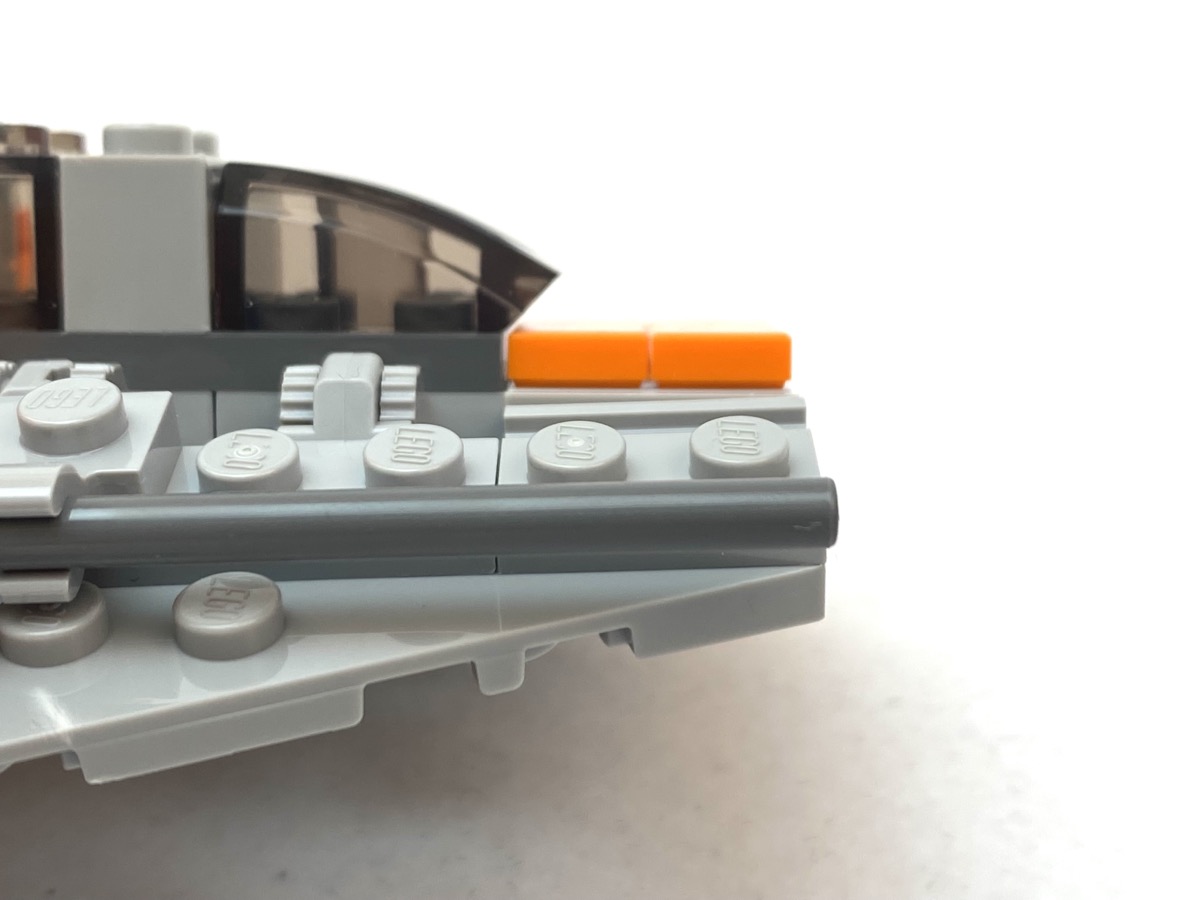 The orange tiles were used to accommodate the curved slope brick used for the cockpit canopy. Probably the worst way to execute the canopy as it doesn’t look right at all. 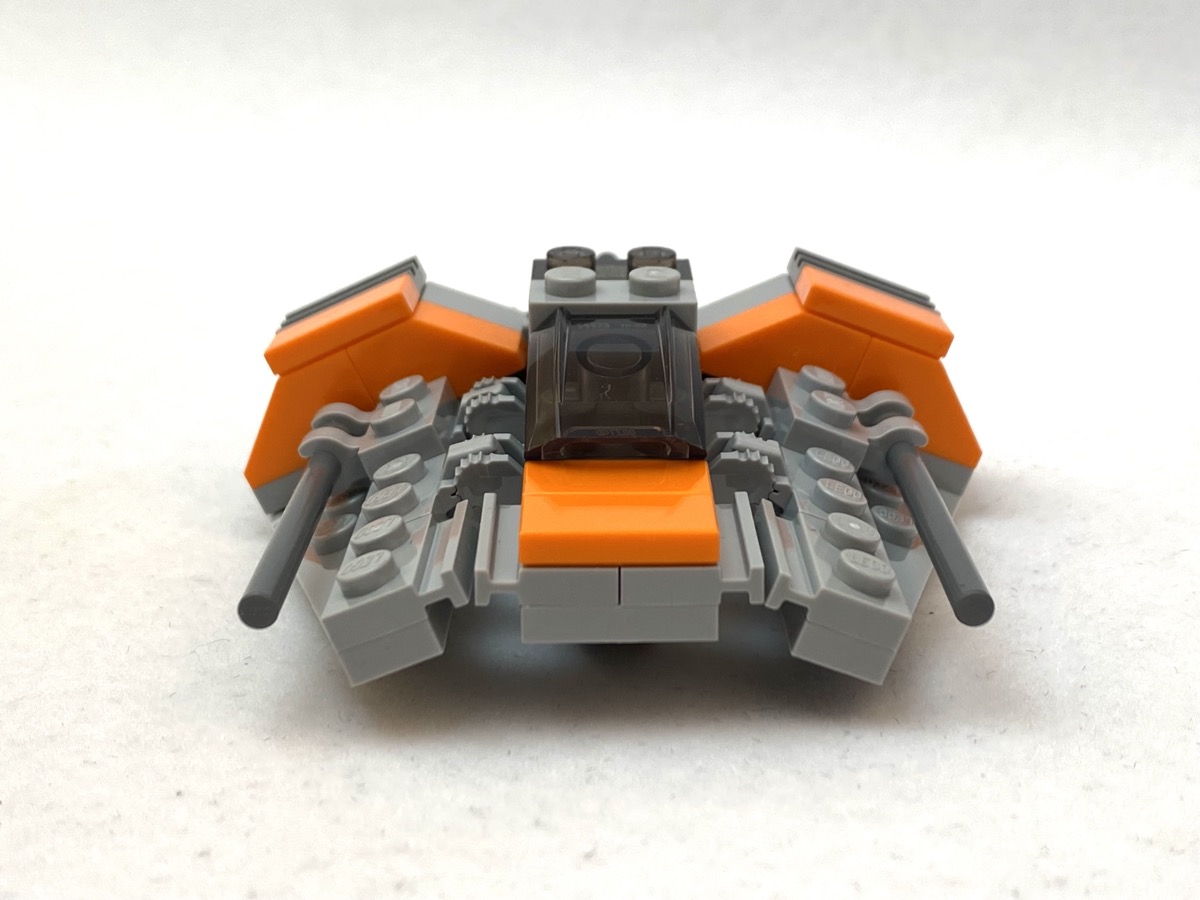 The two “shoulders” are comically way too large in relation to the scale of the rest of the ship. They give the Snowspeeder a chibi sort of quality but the end result doesn’t have quite the same level of charm or kawaii-ness. They actually kind of remind me of shoulder pads for women’s power suits from the ’80’s. But like those shoulder pads, these don’t look good either. 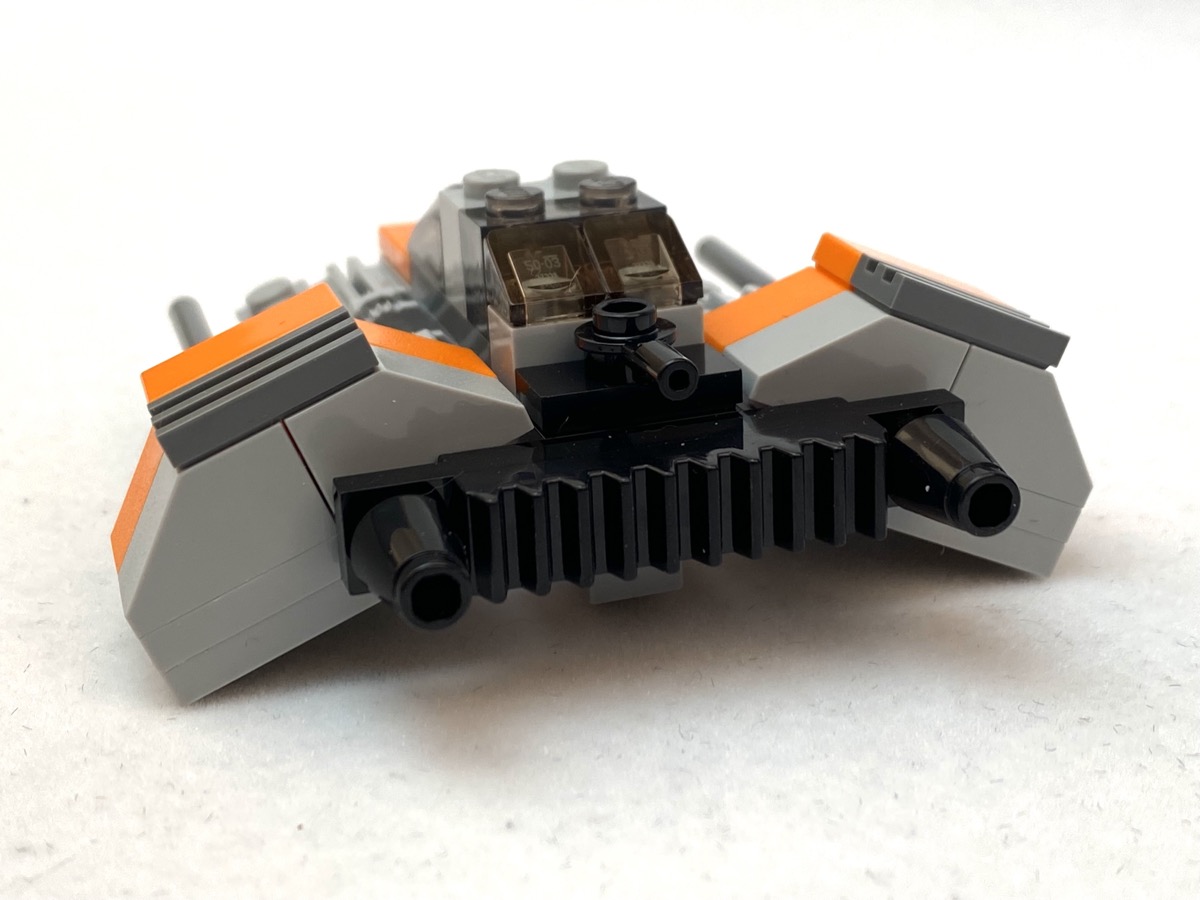 The rear radiator actually is a bit clever in how it solves the problem of incorporating the main thrust nozzles. It extends the sideways mounted plate by an additional stud on each side the radiator so a 1×1 cone can be mounted. The cones are in the general proximity of where they should be, close enough for to pass muster.

The rear of the craft also has the requisite harpoon launcher. 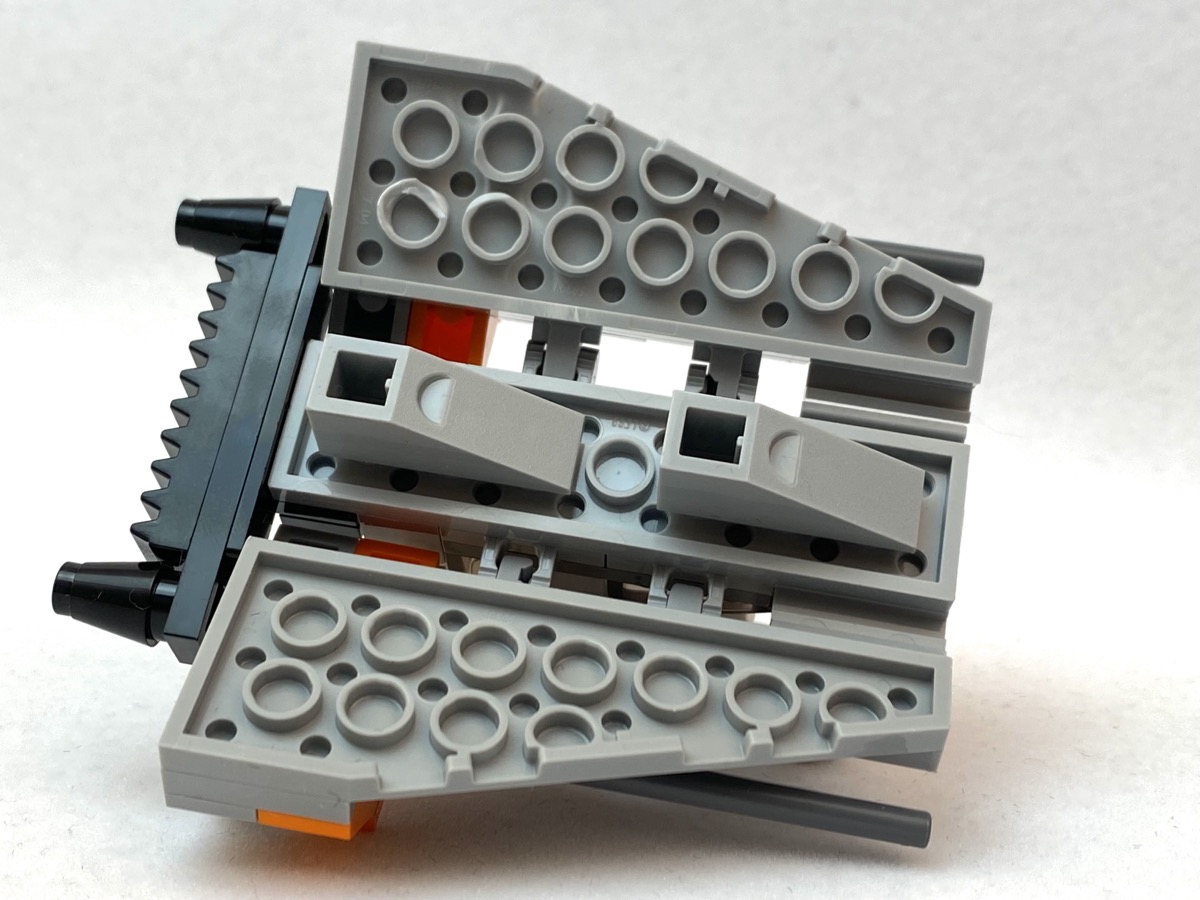 The bottom of the ship is worth mentioning only because there are a pair of 1×3 inverted slopes that are part of the landing gear. The slopes are set tandem and not parallel and rely on the wing tips to stabilize it when landed. It’s lame. Hey, I didn’t say it was noteworthy because it was good.

This set sucks! It’s ugly, the proportions are all wrong, and it’s just not a satisfying build. If it weren’t for the angled wings, it almost doesn’t even look like a Snowspeeder.