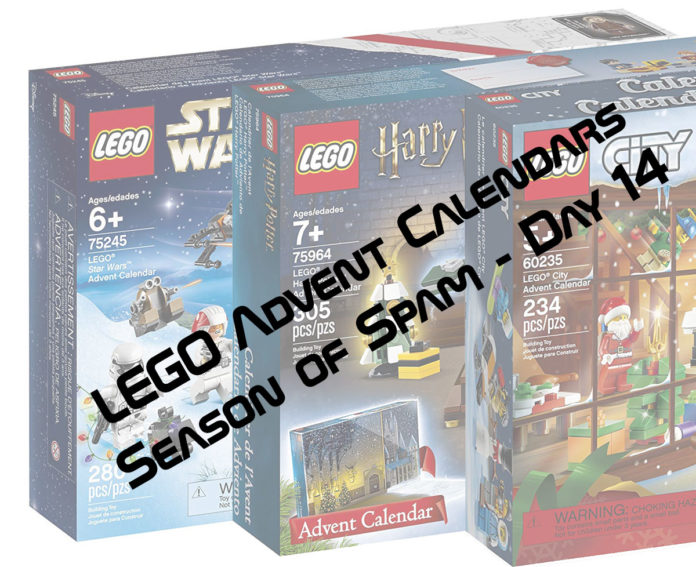 I guess the flags have lost their luster. Eric wasn’t digging the Ravenclaw set and isn’t quite looking forward to the Hufflepuff one. I don’t know, I think getting the flags are kind of neat, but that’s just me and I’m supposed to be doing Star Wars so I’ll mind my own business now.

Here are the current standings: 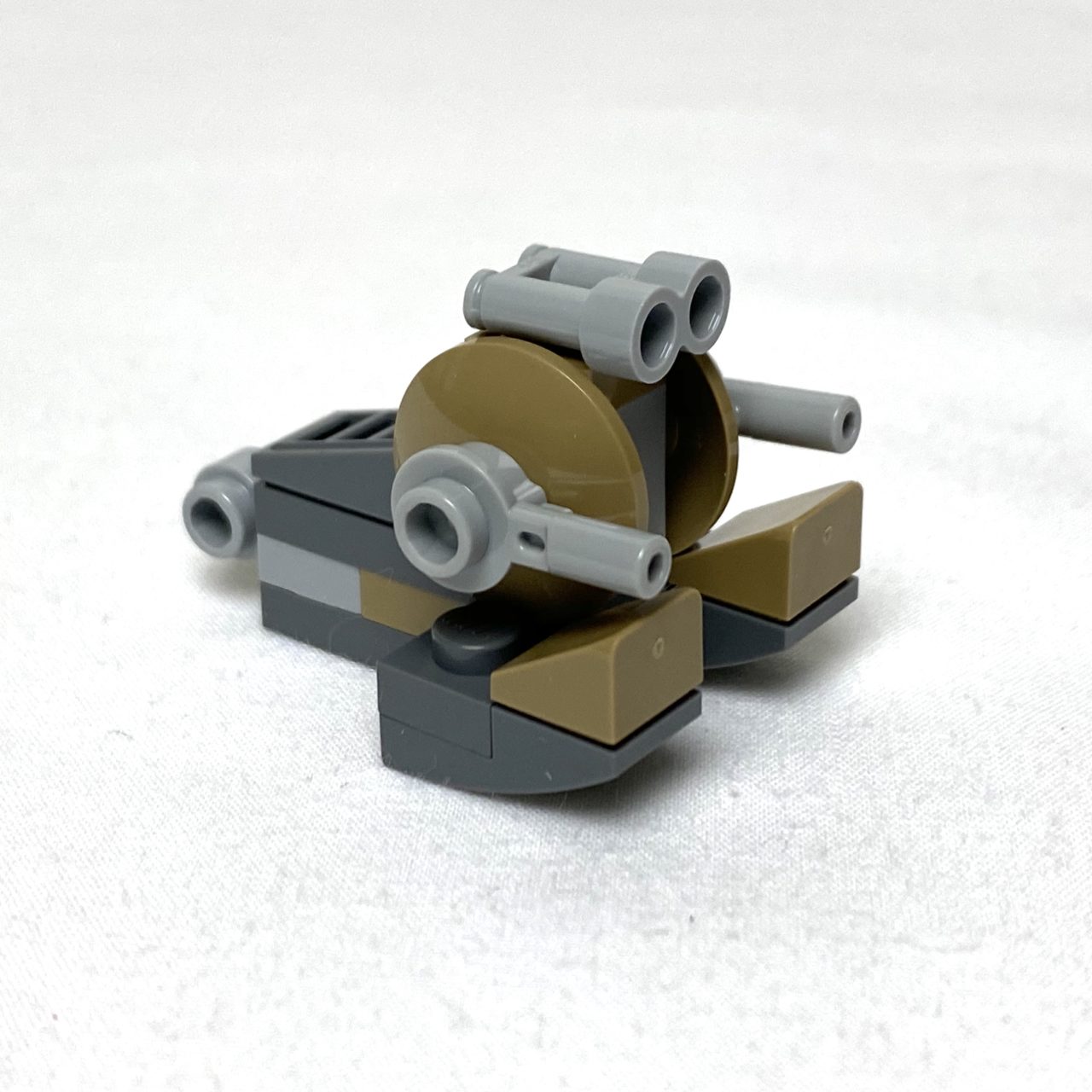 [Ace] This is one of those Tank Droids from, like, Episode III or something. I’d have to say that it’s a pretty successful build if I can recognize it. I think I’ve watched Ep. III a total of two times, and the second time probably not really paying attention. I only know it’s a tank droid because LEGO made a couple of sets for it. The cheese grater tile in the back is what really makes it. 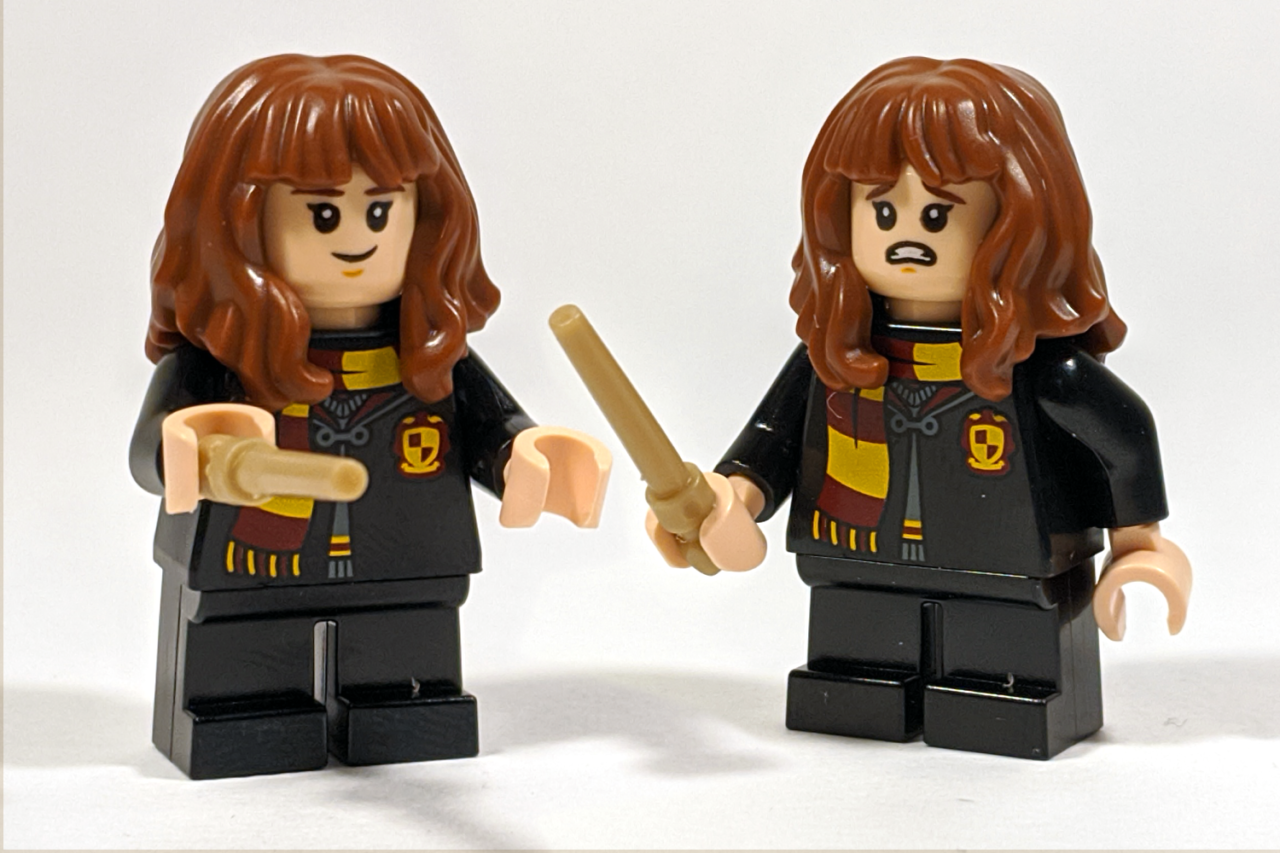 [Eric] Here we go! A welcome change from mediocre food and flags. Can’t complete the Hogwarts three without Hermione (yeah, I know that rhymes). Unlike Harry and Ron, Hermione’s outfit is based off of this part in the first movie: 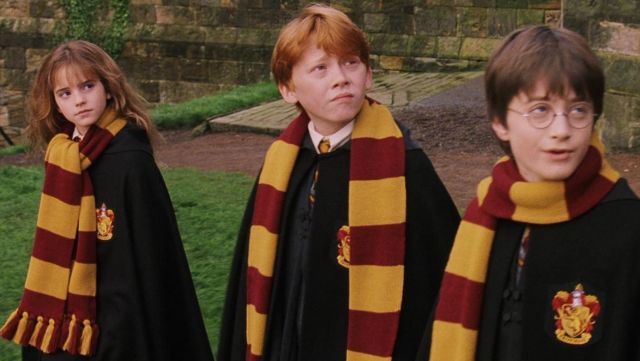 So what’s the problem? Well, not to be the canon cop, but Harry and Ron never wore their sweaters while Hermione wore this outfit. In fact, Ron famously hated the Weasley jumper:

â€˜I think I know who that oneâ€™s from,â€™ said Ron, going a bit pink and pointing to a very lumpy parcel. â€˜My mum. I told her you didnâ€™t expect any presents and â€“ oh, no,â€™ he groaned, â€˜sheâ€™s made you a Weasley jumper.â€™ Harry had torn open the parcel to find a thick, hand-knitted sweater in emerald green and a large box of home-made fudge. â€˜Every year she makes us a jumper,â€™ said Ron, unwrapping his own, â€˜and mineâ€™s always maroon.â€™

And if Ron hated his sweater so much, he wouldn’t have worn it except on Christmas, when the rest of his family was wearing them. And since Hermione left to go home for Christmas, there would be no instance in which she would wear that outfit, be at the Great Hall, and Ron to be there at the same moment wearing that specific sweater.

The disrespect that Lego has done the Harry Potter franchise will go down in infamy.

(Also, I realize that the book has Harry wearing a green sweater, to match his eyes, but this was changed to a blue sweater by the production team of the movie, I imagine to match Daniel Radcliffe’s blue eyes. So, take it up with them.) 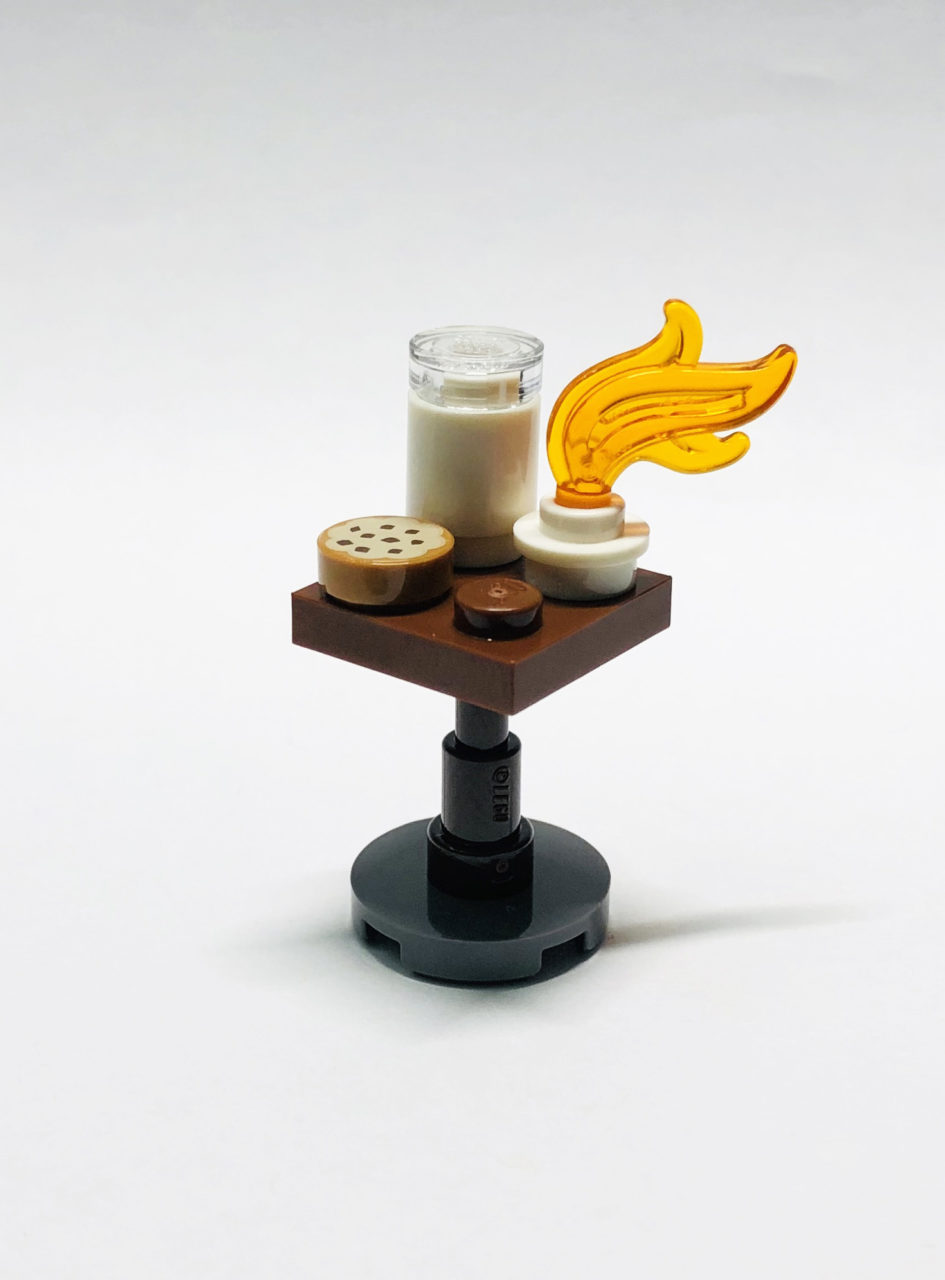 [Nick] Which of the minifigures we’ve had thus far do you think left this present and threat for Santa Claus? Milk and cookies is traditional move invented by Hollywoo, likely by people that don’t have pets. But putting a flamethrower next to it with a massive open flame? That’s kinda hardcore.

This is a simple little build… I like the cookie tiles, and the simple cylinder + tile for the milk works so well. The candle is the weak part, and there’s honestly so little to it that it’s hard to call it a hit. It’s meh at best.