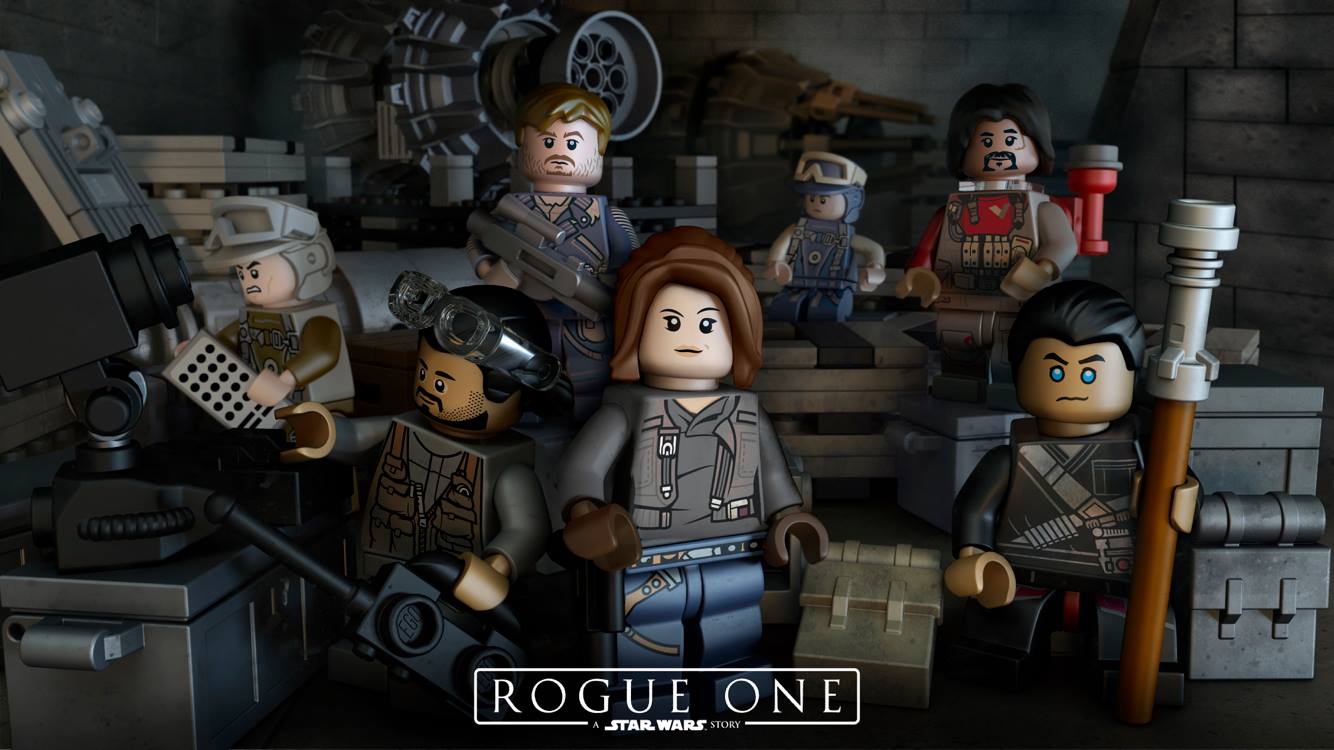 LEGO showed love for the Rogue One teaser trailer on Facebook this morning by releasing this LEGO-fied version of the original image for the films cast. Let’s face it, LEGO has good reason to love this movie and all the other ones coming out over the next several years. A new movie a year and a popular cartoon series chugging away give LEGO plenty of content to draw from for new sets and movies like Rogue One are a perfect excuse to re-re-re-re-release sets that we may have seen done to death, but not only are they new to another group of kids coming of age, they’re actually appearing on screen in new blockbuster movies.

If the bean counters at LEGO aren’t sitting in a room cackling to themselves with schemey fingers and crowns lit up in their eyes, they should be. Who knows, maybe I’ll finally break down and buy an AT-AT like I’ve always wanted, but never pulled the trigger on.