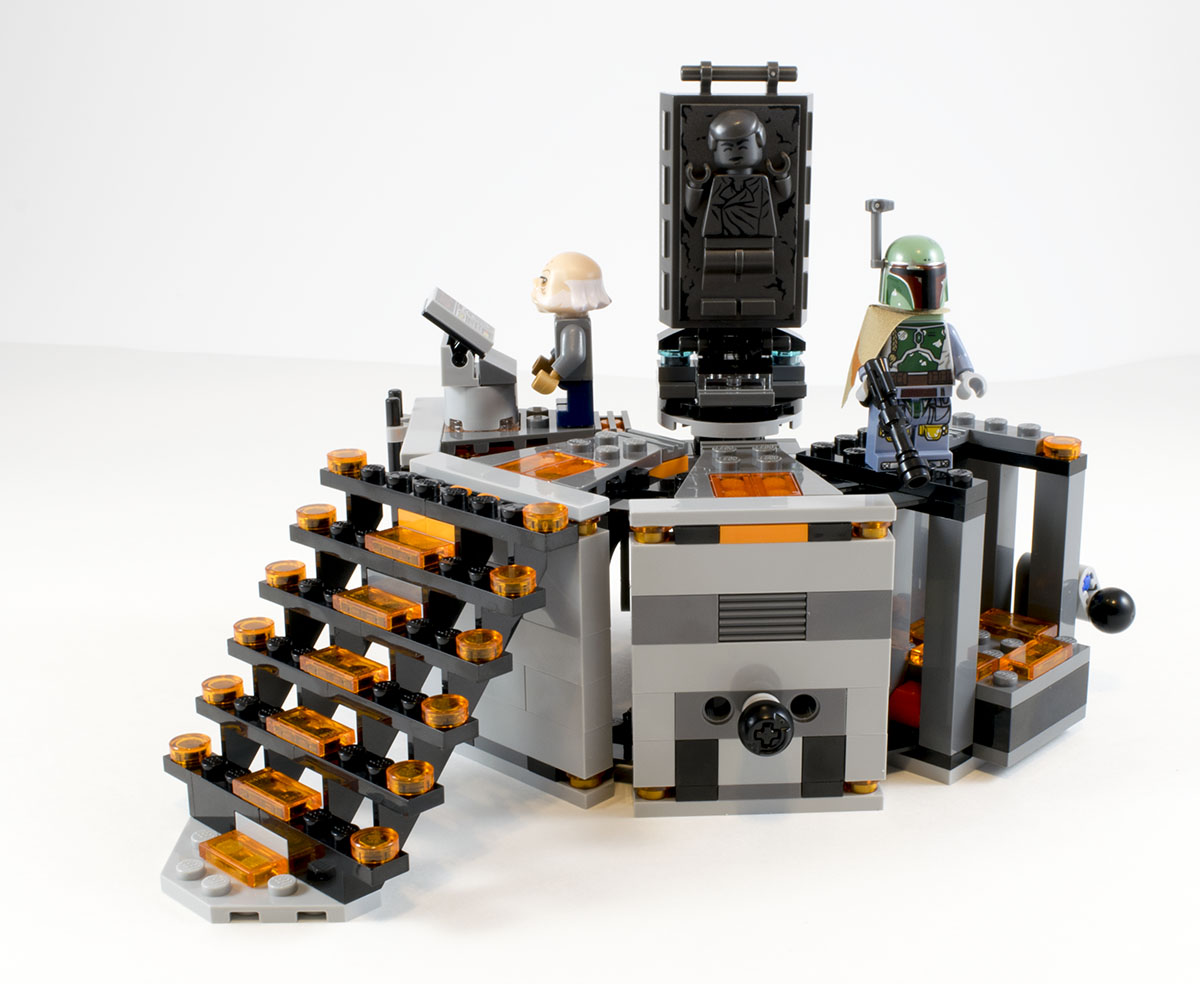 Now that we’ve gotten a re-release of Obi-Wan’s Jedi Interceptor, Cloud City is that new set that I never got but really wish I did. Have to say part of the reason I’m not exactly enthused about the upcoming “bunch of leftover sets” Hoth Bundle is because it wasn’t a remake of that set (which so very few people have). After it leaked, I really hoped I’d be reviewing 75137 Carbon-Freezing Chamber in conjunction with a nice big Cloud City playset.

There’s a lot of decent things to make in that set. You get the chamber where Chewie recovers C3PO, the dining chamber where Vader makes eyes at his daughter (whom we are told is strong in the force, but on multiple occasions he fails to recognize as his child), the sitting room, the catwalks, hallways, landing pads. This would have been an awesome little set to put into the middle of a set like that.

Instead, we get this little $25 and 231 part setÂ where the steps go the wrong way that’s most notable for the inclusion of our firstÂ Ugnaught minifigure, those littleÂ guys that were playing dice with Stormtroopers when C3PO wandered around the city. I’d like to say I was excited for it, but while the other two figures areÂ technically unique, they’re extremely similar to other versions, it’s pretty much theÂ Ugnaught that was the draw in the set.Â Maybe we’ll learn that this was a preview for next year, and LEGO finally realized that there were three different major settings in Empire Strikes Back and stop always falling back to Hoth.

Cloud City is responsible for pretty much the only reason for Microsoft Kinect and YouTube to exist. We do not normally post Ideas sets here, but if someone wants to turn this into a submission, I know thatÂ I will back it. 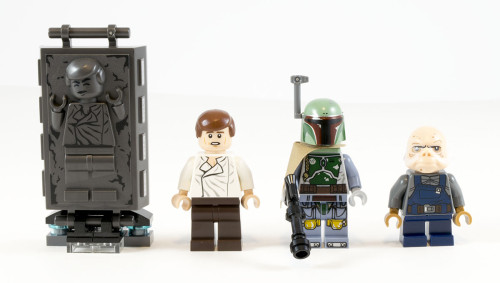 The Carbonite has been in a couple of sets now, while this version of Han is the same as the one that comes with UCS Slave I, just with dark brown legs. Boba Fett is basically the same as the UCS version as well, sans printed arms.Â Ernest Borgnine is the only unique character, with only his legs showing up elsewhere. Honestly, the missed opportunity here seems to be the lack of a Cloud City Leia, which I would much rather see over Boba Fett.

The only correct answer to that statement is: “I know.” 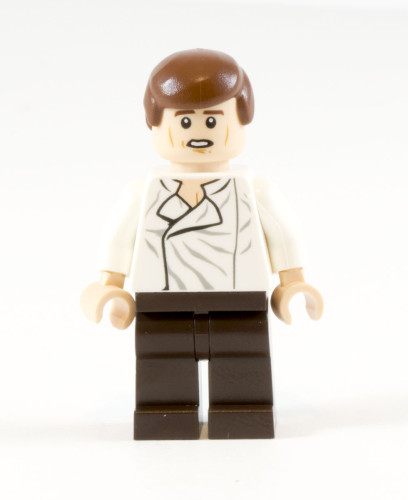 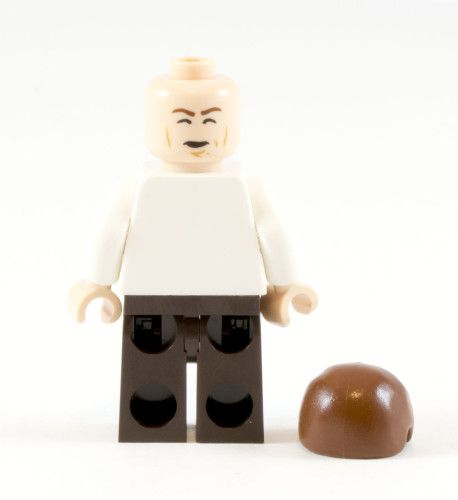 I really do like that frozen alt-face, though. It’s pretty nice, and I could see a few different uses for him. The rest of the figure is pretty basic though, and the change of color for legs isn’t enough to justify, especially if you have UCS Slave I. 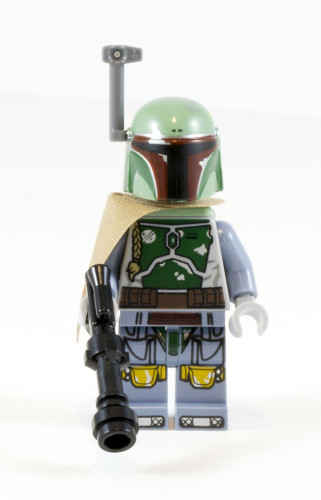 I feel less than inspired to make my normal Boba Fett jokes here. I don’t like him, but the UCS Slave I is a solid display piece with one just gawd awful stand. I’m not sure there’s a figure that has a more over-elaborate look… I mean, look at those legs. That’s just a kind of stupid amount of detail. 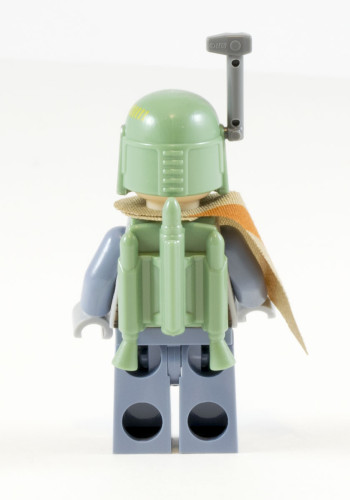 We’ve had Boba Fett available in some for for several years now, so he pretty much only exists for people looking for new figures.Â Really, I would have loved to see just about anyone else in the set. 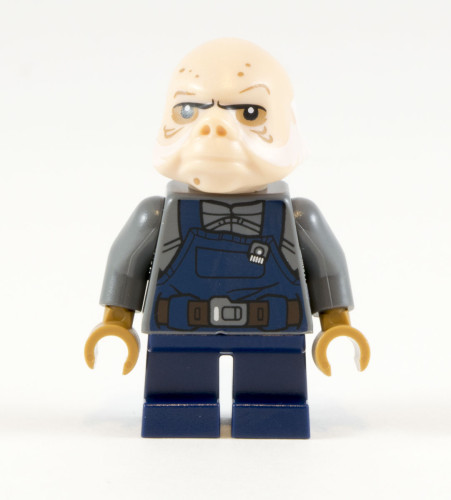 This guy, however, is nice to get in a set. Of course, they’re basically like Cloud City Jawas, so we need a bunch of htem. That’s the nicest thing about this being a $25 set, it’s not quite as awful to get them. That front-torso is just fantastic, and I really want to get those just to build up flight-deck crews or perhaps electricians for my modular building construction idea. 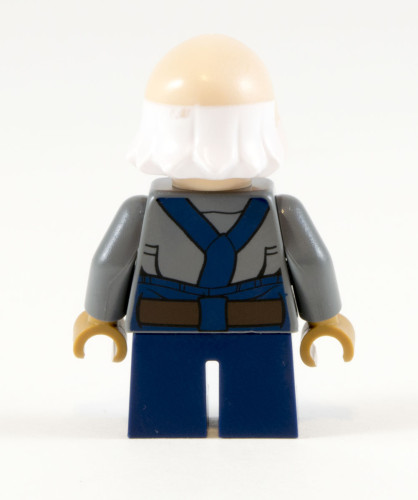 The dark flesh hands are kind of odd, but I suppose those are work gloves? I only remember these guys for their fighting with Chewie over parts and running around the freezing chamber for a few seconds. I also remember that when I first saw Empire, they reminded me of Oompa Loompas. 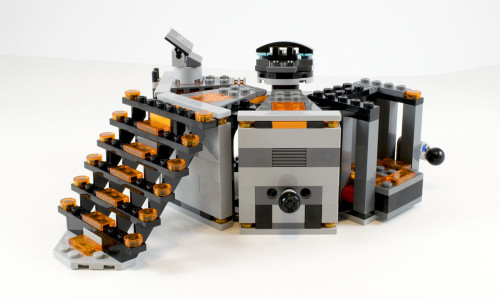 The first complaint I’m going to level at this set is what I also said about the Doctor Who Ideas set: the stairs go the wrong way. I understand, from a build perspective, how they want to get the steps in to the build, and everyone remembers the steps. Of course, it was the steps as Luke was coming down them in confronting Vader. In the scene where Han is frozen, everyone is standing on the platform by him, and the whole thing is surrounded by a trench. Let’s look at what the chamber looks like… 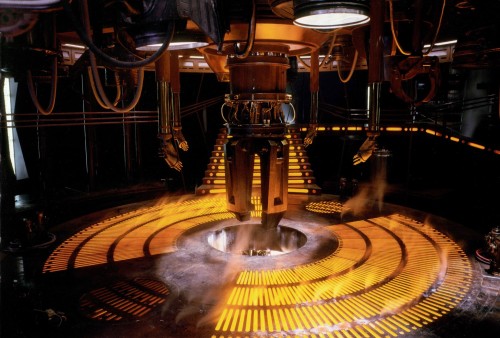 I suppose the steps aren’t a bad representation, even going the wrong way… but the actual base around the platform is ugh at best. This is one of those times where it’s the price-point and set size that is killing it. In a larger set, or a bigger playset, we’d get some of the gears above, maybe some better control stuff, and just a lot better layout. 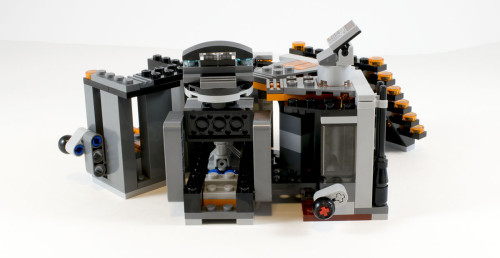 I’ve heard a few suggestions out there about buying two of these and making it the full circle. Unfortunately, with how things are positioned, you’re still going to need to do quite a bit of MOC work for that to happen. Plus, the top deck will still be a mess. Take it as a challenge, I guess.

The set is not helped at all by being packed with play features that all end up somewhere between “barely working” and “what does this even do?” There are three separate pieces that make up the play features. But hey, at least the control console looks to be mostly in the right place. The mechanism for “dropping” Han solo is just… weird. It sort of pivots backwards and under, and feels like you go at a strange angle to do it. It also takes quite a bit of turning to get there, which is frustrating to use.

The next one is a little elevator, from that iconic scene where Luke rode the elevator up while listening to Hall and Oates and waiting for his time with daddy. This is probably the best of the features, in that it works right. It just takes up a bunch of space that isn’t really needed in the set.

The last one, however, is just the most “why” features I’ve ever seen. They could put a dozen flick-fires in this set and it’d make more sense. Basically, it’s a platform that rotates. I’m not sure why. I don’t think I have anything in the wrong position… it just doesn’t really do anything but chew up parts that could have built more of a top platform.

To call this set a huge disappointment is really an insult to both of those words. It’s a scene that’s probably among the most memorable in any of the movies that didn’t involve talking about sand. It has the single best moment between two characters where it summed both of them up so perfectly and simply. It has a catchy dance number. It deserves more than this $25 thing with a couple of rehashed figures and an alien that we certainly needed in the lineup but doesn’t make as much sense here as Lando and Leia would.

Why not make two similar sets here, one with Lando / Leia / Han, and another with Luke / Vader / Ughnaught (or better yet, a nice big set with all of them in various locations)? At its best, this set is just a missed opportunity. At it’s worst, an unfortunate entry into the only Cloud City set we’re likely to see for another ten years. It’s good for figs if you haven’t bought any of the other sets in recent years, but otherwise, only one that’s really worth it. A shame, because the whole of Cloud City deserves more. This is aÂ two out of five. Grab it on a nice sale, but otherwise… wait for the Cloud City remake we’re not going to get anytime soon.

Verdict: 2 out of 5. You can pick up 75137 Carbon-Freezing Chamber, and wonder why it doesn’t say Carbonite, right now on Amazon.com. 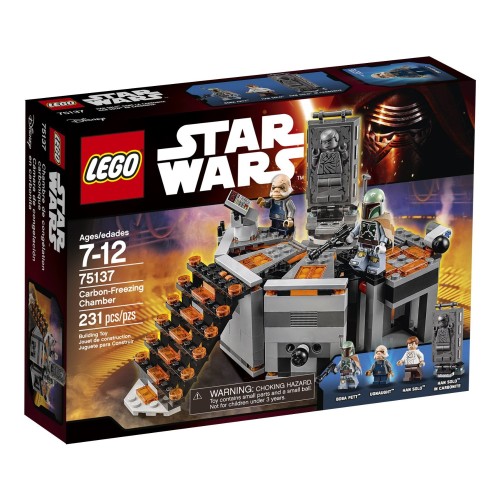