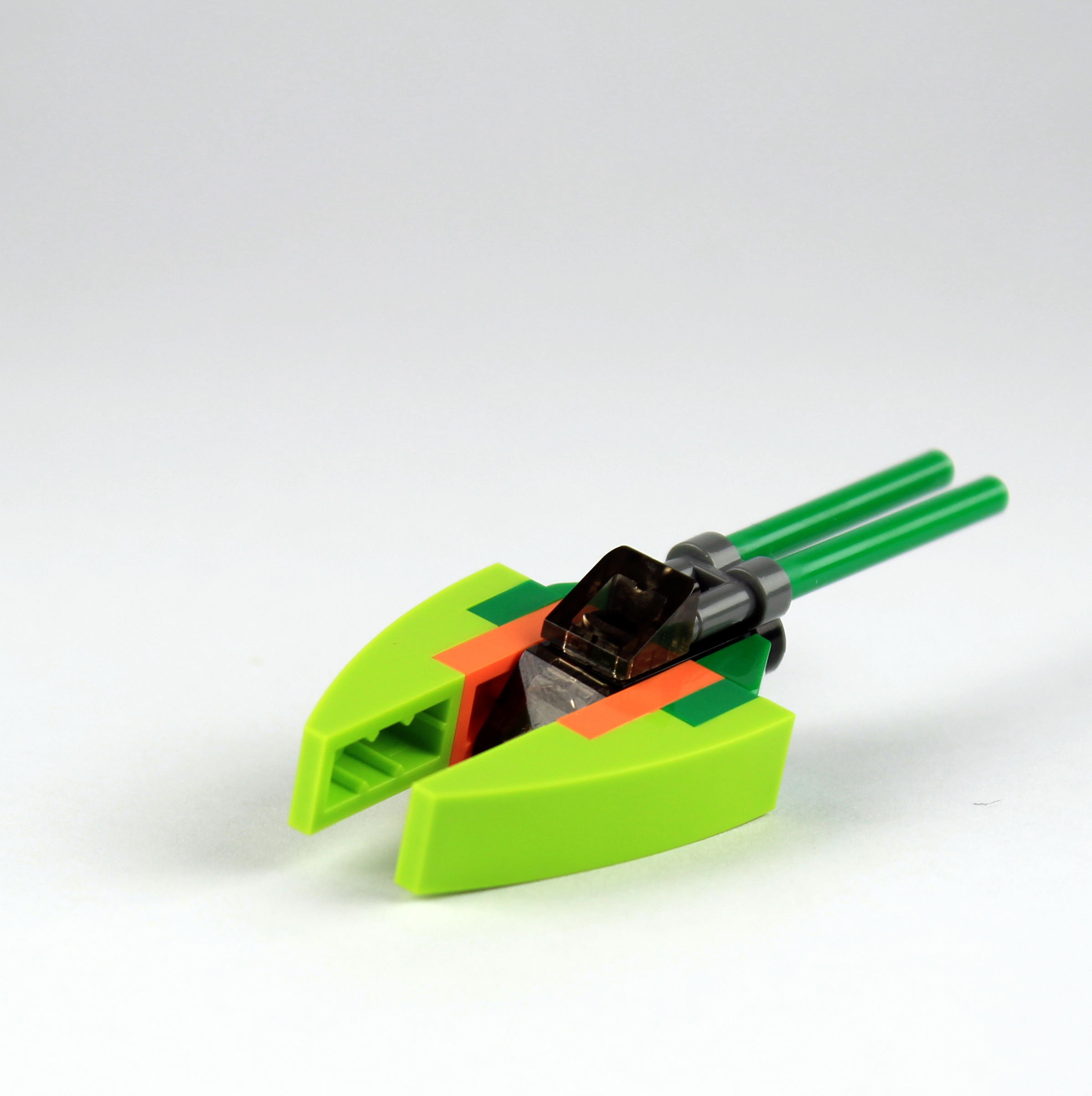 (Singing) On cycle four of Life Day my first mate gave to me, a bounty hunter’s hot rod,
a break-dancing pilot,
an impractical escape ship
and a dancing droid beneath the Life Tree. (/Singing)

Bounty hunters sure like riding in flashy vehicles. Zam was a shapehifter with a taste for fancy speeders and high explosives. I’d have to say the old Bounty Hunter Pursuit set was one of the most colourful Star Wars sets and I’m surprised it hasn’t been revisited in some form… other than this, I mean. Overall, it’s a little stretched out, but the use of the binoculars and rare green bars on the tail is pretty swift and I wish they’d used that concept on last years bongo. Four days in and things are going well. I’ll probably end up regretting saying that.