Our Photo Contest challenge the other day was for members to shoot their best impersonation of a Rock Monster. The entries were posted here on the forum, and the judges have deliberated. 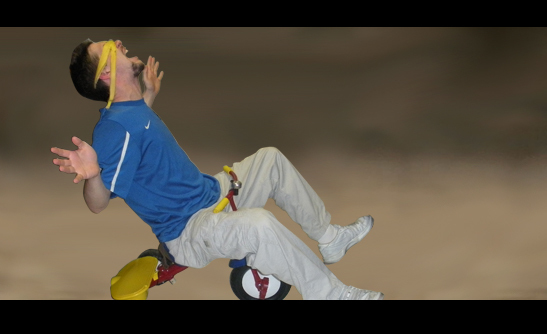 Meeotch takes the prize!
Even if my stated bias in the contest announcement had been taken out of the equation, the judges unanimously still would have awarded Meeotch the win for his accuracy to the original image and moxie to actually pull it off with such flair. I mean seriously, a tricycle? Well played, you little rock monster, you.