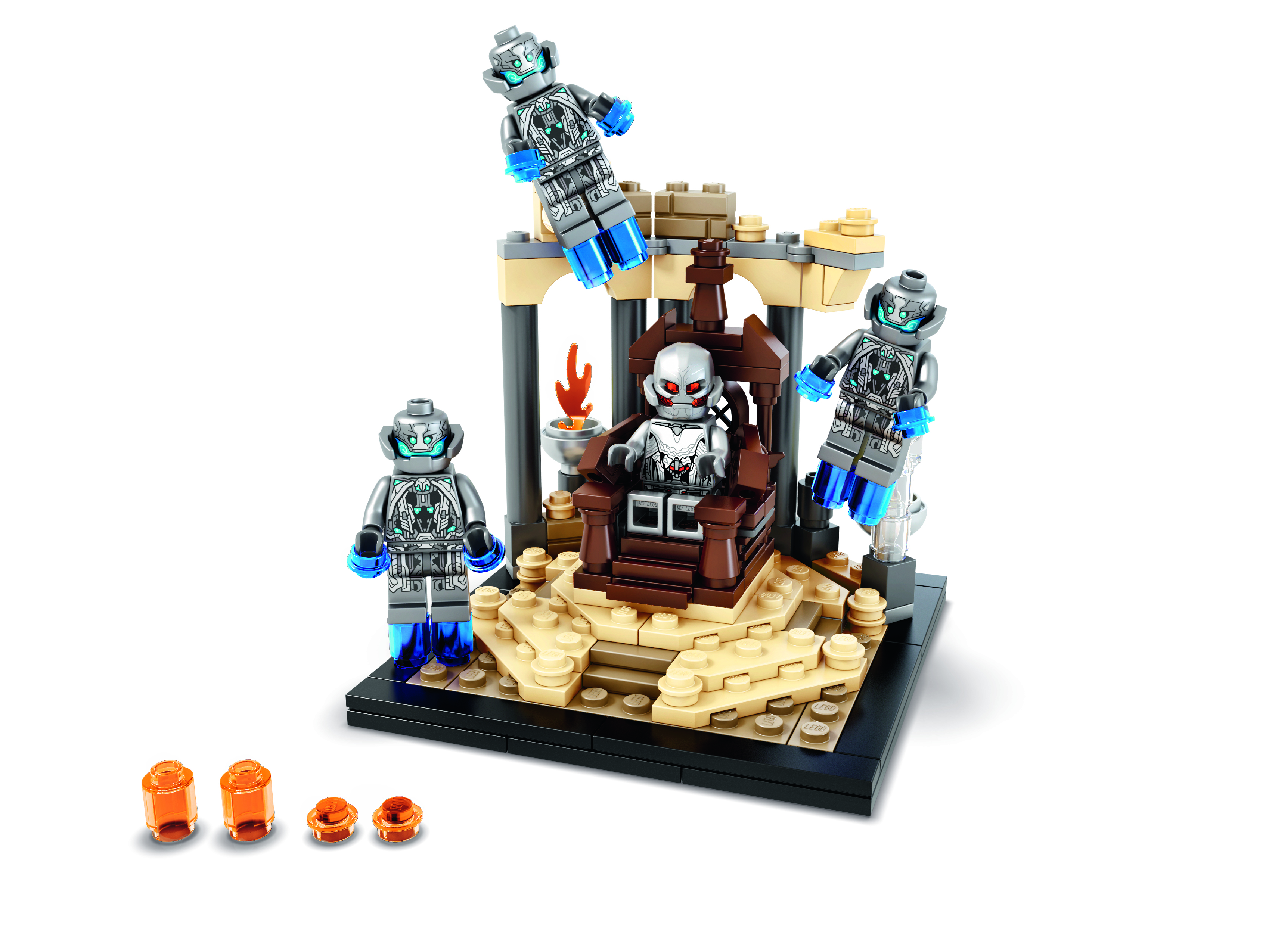 There seems to be some confusion whether or not the minifigures in the Throne of Ultron set are unique due to the way their rendered images look. Let me set the record straight and say they are not unique. I didn’t think much of it until I read some comments here, in my LUG message group, and elsewhere thinking that they were unique. Then the images for Captain Falcon came out and then Arsenal and I noticed just how overly saturated the images were. So I contacted LEGO and asked them and they have confirmed that the figures are not unique and are generally available in the Avengers toy line. The set itself is exclusive and unique. The same goes for the Superman set. The only unique minifigures at Comic Con will be the giveaway figures.

Which makes sense given the history. Rocket Raccoons in last year’s Warbird set was purported to be unique but this was not the case as he was released as a polybag available exclusively at Toys’R’Us. So far then, I think it’s safe to assume that the general rule of thumb is that for Comic Con retail sets, they will be unique and will not contain unique minifigures. The giveaway figures will be unique unless otherwise indicated on the package in some way like Bard the Bowman was a preview figure.