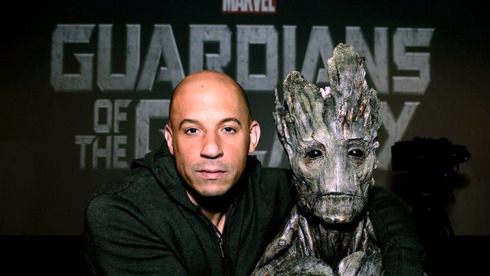 In probably the worst-kept secret in Marvel-movie history, it’s finally been confirmed that Vin Diesel will have three words worth of dialog in the Guardians of the Galaxy movie. Okay, to be fair, I think Groot has said perhaps seven words (“Groot feel hurt” was said in one of the Cancerverse stories), but still, we’re going to get a whole lot of variations of Riddick saying “I Am Groot!” Let the parodies begin!

Honestly, not sure how I feel about this. I think he’ll make a fine voice for Groot, but think there were so many roles that could have used Diesel better. He’s a huge nerd, and has a certain presence that would lend itself to the comic movie mediums.