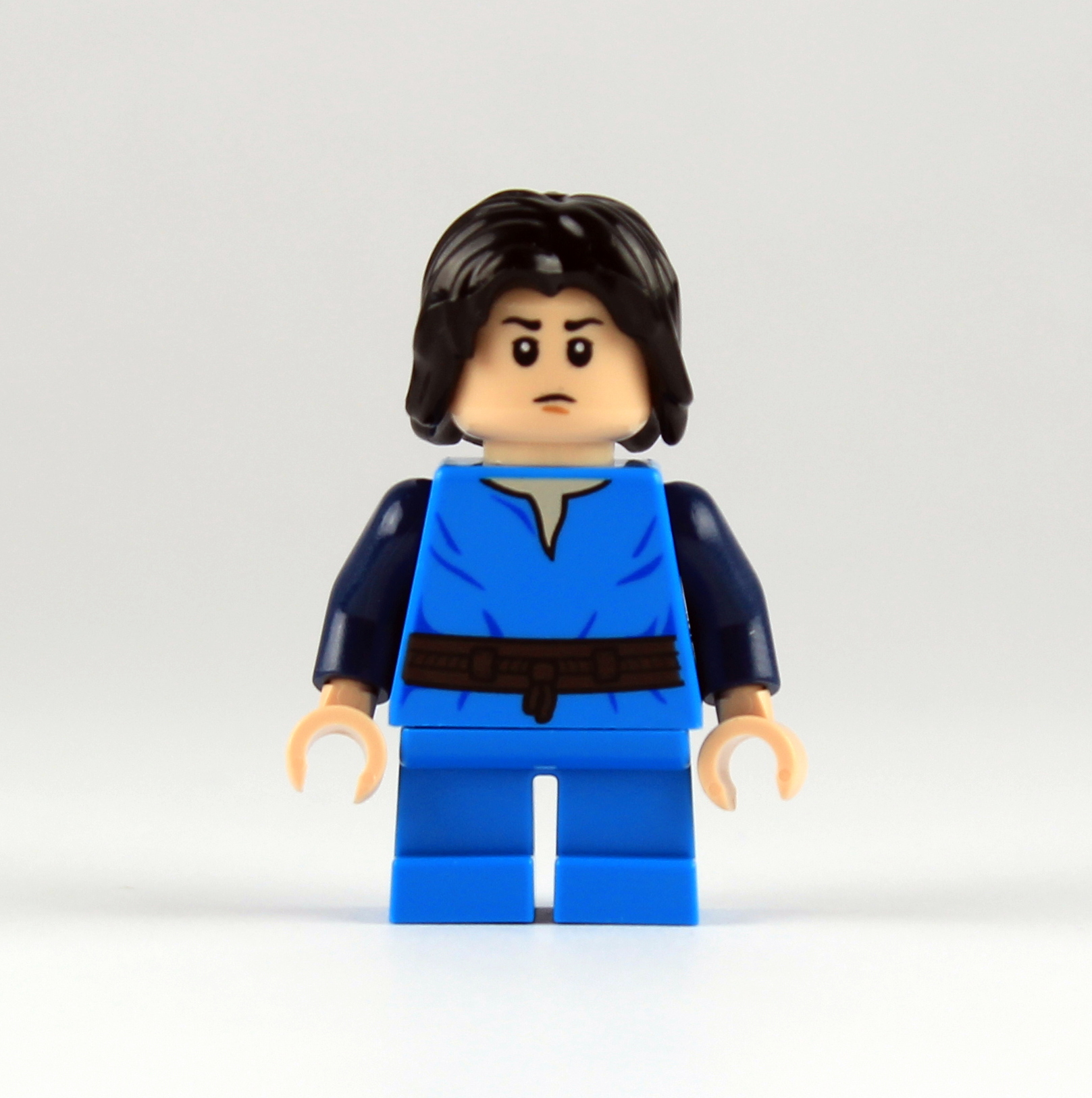 (Singing) On cycle twenty two of Life Day my first mate gave to me, a future Sarlacc snack,
an asteroid evader,
a hyperdriveless delta,
a toothless soldier beetle,
an Ewok chasing trooper,
one shiny explosion,
two racks and counting,
a creepy crawling brawler,
one big brown disappointment,
a disco crazy clanker,
a snazzy little space crane,
a Volkswalker Beetle,
a cranky Xerox copy,
another grey triangle,
a case of DéjÃ  vu,
three teeny blasters,
an angry Steward of Endor,
a pair of ruby slippers,
a bounty hunter’s hot rod,
a break-dancing pilot,
an impractical escape ship
and a dancing droid beneath the Life Tree. (/Singing)

Can you believe this pint-sized future bounty hunter hasn’t appeared in a set since 2002? I can because that was the only set that actually made sense to have him in… until now. Being primarily an episode II grab bag, having baby Boba here really fits and his dad appearing in a set this year makes it pretty easy to get your hands on an updated set in the flesh. I like his mischievous/evil facial expression and the more innocent one on the flipside as well, updated Dastan-y hair and new printing. First Slave I and now young Boba, I think we all know where this heading… unless you’ve been opening these days without ever having looked at the box. I have to say that I preferred the exclusive we got along with the Santa fig last year more, but it’s hard to top a astro-snow-mech.