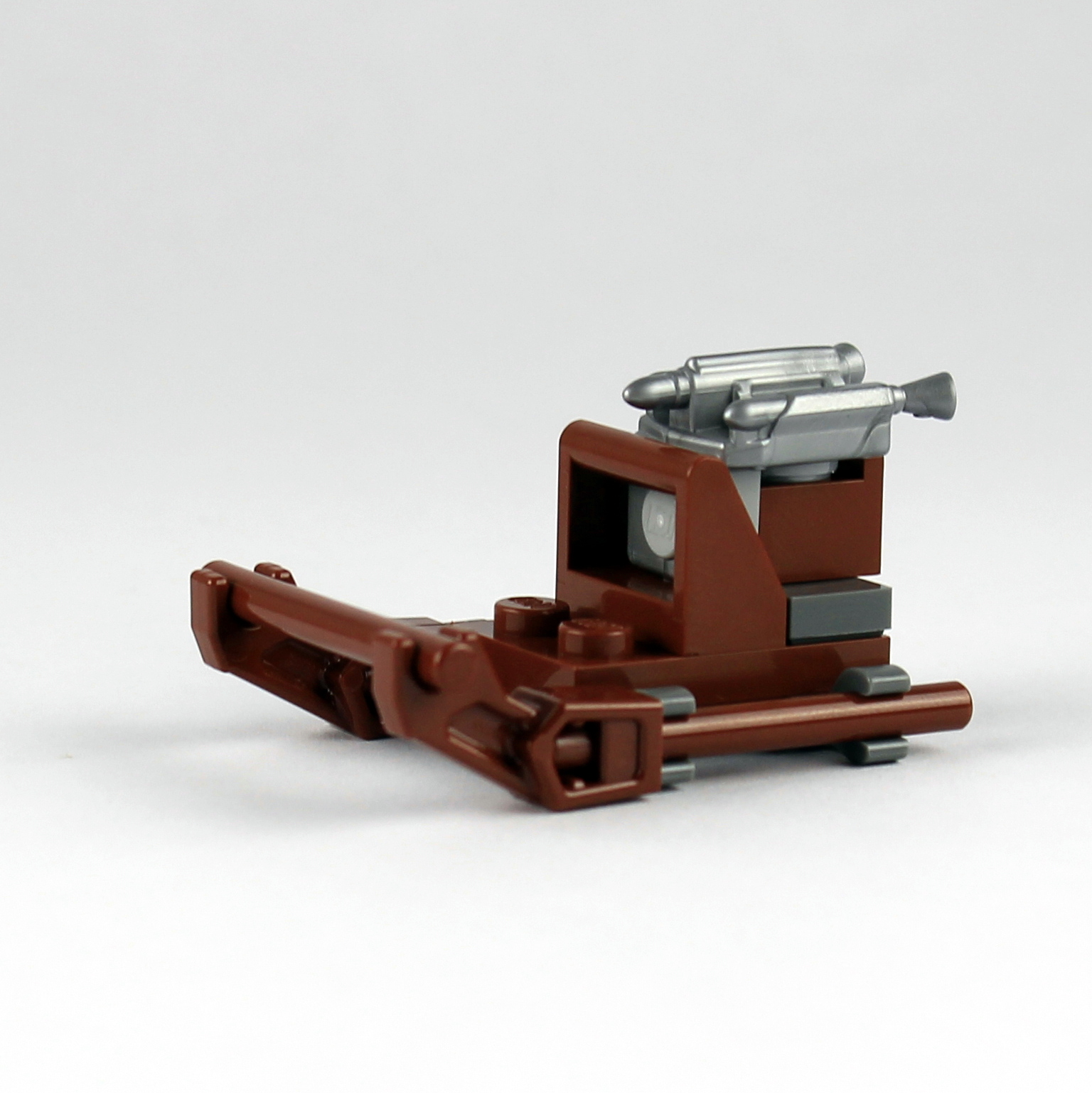 (Singing) On cycle twenty two of Life Day my first mate gave to me, a jet propelled toboggan,
a future Sarlacc snack,
an asteroid evader,
a hyperdriveless delta,
a toothless soldier beetle,
an Ewok chasing trooper,
one shiny explosion,
two racks and counting,
a creepy crawling brawler,
one big brown disappointment,
a disco crazy clanker,
a snazzy little space crane,
a Volkswalker Beetle,
a cranky Xerox copy,
another grey triangle,
a case of DéjÃ  vu,
three teeny blasters,
an angry Steward of Endor,
a pair of ruby slippers,
a bounty hunter’s hot rod,
a break-dancing pilot,
an impractical escape ship
and a dancing droid beneath the Life Tree. (/Singing)

Due to a busy schedule leading up to Christmas, this is probably as close to building a sleigh for Nick’s community build as I’m going to get. Of course, this is a sled and no, being jet propelled doesn’t take the place of being pulled along by a faithful animal. Just ask Santa.

I snickered when I opened this one, but it’s still a neat idea to go along with this final four day arc. As for the build, what can I say? It’s a little brown sled. Just one day left to go. I wonder who it could be…