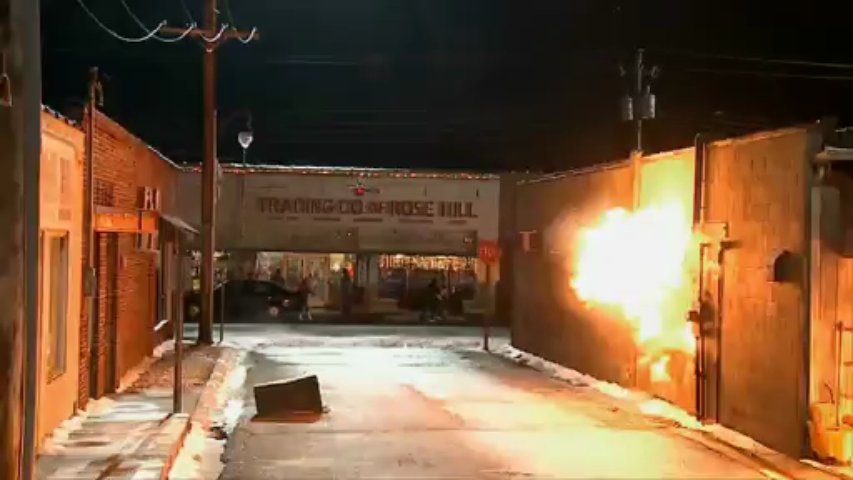 Spoilers abound in this news round-up for the Marvel Cinematic Universe: Phase 2, so if you’re the type who prefers to stick their head in the sand until a movie comes out then go no further. First up, S.H.I.E.L.D. has a couple of new recruits. Actually, new is a relative term… He’s here to kick ass and chew bubblegum… just ahh… give him a minute.

Last week Robert Redford was announced to be the newest addition to the cast of Captain America: The Winter Soldier and when Spinoff Online asked him yesterday about his rumoured roll as a senior S.H.I.E.L.D. agent he was quick to correct them saying: â€œWell, the head of S.H.I.E.L.D. The head of S.H.I.E.L.D.â€
So, does this mean Nick Fury will be getting a demotion? Redford could portray a past head honcho in a flashback, maybe even a previous Nick Fury! If there’s one thing that James Bond movies have taught me, it’s that many different people can hold the name of an organizations top spy. With the release of Marvel Cinematic Universe: Phase One – Avengers Assembled Blu-ray Collector’s Set (Quick! Go buy it!) came a bonus peek at the upcoming Phase 2 projects. Fans could head over to the S.H.I.E.L.D. Mainframe and enter the exclusive code in the box set to see some concept art and behind the scenes images from the future films. Didn’t get the box set yet? No worries, IGN has ripped the screen shots presented here to whet your appetite further. The above costume concepts for Sebastian Stan’s Winter Soldier and Anthony Mackie’s Falcon from the Captain America sequel are really interesting and highlight that in the MCU, characters like Cap and Iron Man only stand out either because they want to or need to. The view of the final suit battle from Iron Man featuring the actual Hulkbuster design style is also pretty sweet. A cantina scene? Bad move Marvel, no one ever remembers those.

The Guardians of the Galaxy concept art focuses more on the cosmic scope of the film, highlighting strange new worlds and ships that will no doubt mean many sleepless nights for potential LEGO model designers. I find the cantina scene quite amusing and it’s always good to see more of Rocket Raccoon. This artwork comes just two weeks after the confirmation of ex-wrestler Dave Batista’s casting in the role of Drax the Destroyer. My only knowledge of Batista comes from seeing him in The Man With The Iron Fists, which was an absolutely terrible movie. I hope he brings a bot more zeal to this character and look forward to more (and hopefully better) casting news on GotG.

The Thor: The Dark World behind the scenes photos seem to highlight the fact that the film will take place across many worlds and with any luck we’ll see a trailer soon as one has been rumoured to accompany Iron Man 3 for some time. Moving on to Phase 3, we now have some decent screen shots of the Ant-Man costume from Edgar Wright’s test reel for the long awaited movie that has been confirmed as part of Phase 3 along with Kevin Feige’s hinting towards a Doctor Strange film.
The later is even rumoured to cameo in this falls Thor sequel, but we will see.

All this concept art and the live action footage from Thor: The Dark World and Wright’s Ant-Man test reel are included in this Phase 2 look from Marvel over on Daily Motion. On the Television front, we learn of S.H.I.E.L.D.s other new recruit as a bonus. Clark Gregg spoke to Collider at Wondercon about his involvement with the new S.H.I.E.L.D. show on ABC and hinted that the return of Coulson post-Avengers could be an ongoing mystery in the series. He also spoke about how the shows continuity may make it possible for the fan favourite agent to return to the big screen MCU. Possibly.

It certainly is a good time to be a Marvel Zombie.