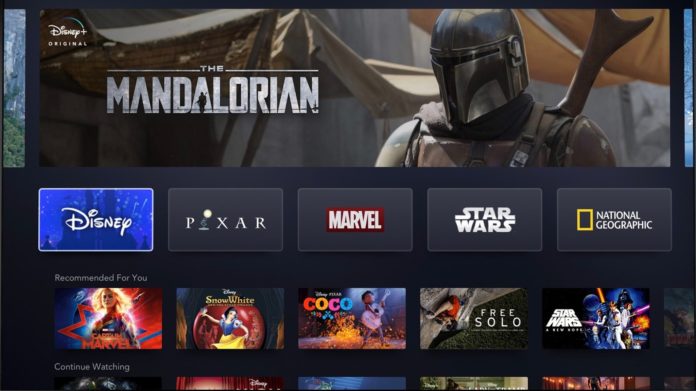 Disney launching a streaming service, the creatively named Disney+ (better than Disney 2.0, I guess), has been a reality for awhile now. There’s been plenty of wailing and gnashing of teeth over “yet another streaming service” showing up, but this is the end outcome of the request for “ala carte” service that people wanted cable TV to become. Streaming is what everyone asked for when they asked “I just want to pay for the channels I watch.”

Disney has been pretty tight-lipped about what it would entail and focused more on who would be losing out in the deal (Netflix, for the most part) and who would be gaining (anyone who hates the “Disney Vault”). We had promises of exclusive content on the service and knew that was the major driver behind the 20th Century Fox acquisition, but not a whole lot else until Thursday when the company pulled back the curtain on everyone’s future streaming service.

Disney+ will launch in the US on November 12th of this year (Europe and Asia will be sometime next year), and it’s going to run a startlingly-low price of $6.99 a month, or $69 for a full year. Given that price will include new Marvel Cinematic Universe and Star Wars shows exclusive to the platform, the entire Disney and Pixar animated movie catalog, every Disney Channel Show, the Simpsons (Disney+ is the new exclusive streaming platform for the show), and whatever else they have planned… that seems like one hell of a deal.

It seems like the idea Disney is going with initially is market penetration, and they are pricing Disney+ not as a competitor to Netflix, Amazon Prime, or Hulu… but a complement to it. This seems more in line with pricing like Xbox Live, PlayStation Plus, or four Nintendo Switch online subscriptions, and gives a lot more value than any of those things do. Disney is also giving the impression that they’re going to release bundles for some of their other properties as well, such as ESPN+ or Hulu (which they’re now the majority owner of), to add more value for likely more money.

What will make or break it, ultimately, is platform access. Netflix was initially successful by being available everywhere and on everything. Thus far, we’ve only gotten word of Roku and PlayStation 4, but other platforms are in the works. The reality is, for any streaming service, that to be successful you have to be as many places as possible (it remains to be seen if Apple realizes that, but Disney most certainly does and has had other Disney streaming apps for some time), so I’d expect it on consoles and mobile before launch.

Given that there are Marvel shows coming for Falcon and War Machine, the Winter Soldier, Vision and Scarlet Witch, Hawkeye, and a lot of the other secondary characters, I’ll end up with a sub for that alone. On the Star Wars front, the Mandalorian will be available when the service launches in November as well, so expect move coverage as we get closer.

Until then… prep your wallets for a lighter-than-expected hit.