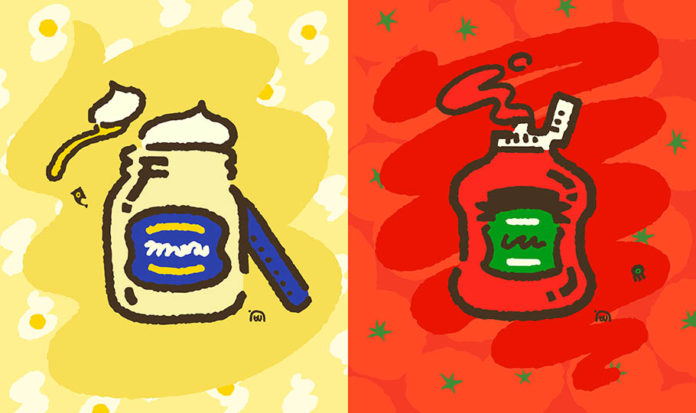 Nintendo recently promoted their ARMS game with a free week-long demo of the full version of the game coupled with a trial of Nintendo Switch Online services. They are doing it again but this time offering a demo of Splatoon 2. Pretty smart if you ask me. This gives new Switch owners, and there’s probably a ton of you guys, a chance to try a new game risk-free. You’ll get to play Turf Wars, Ranked Battles, and Salmon Run for free along with a free trial of Nintendo Switch Online. The demo and online trial starts on April 29th and goes through til May 5th.

But that’s not what this article is about. The bigger piece of news regarding Splatoon is that they are rehosting a Splatfest! One of the first Splatfest themes was the controversial Mayo vs. Ketchup and the big N is recycling that theme for a special event to be held on May 22nd through May 24th.

Itâ€™s a #Splatoon2 #Splatfest so contentious we have to do it twice! #TeamMayo and #TeamKetchup are back and itâ€™s up to you to determine which sauce is the boss!

Despite Ketchup winning by a landslide in popularity the first time, Mayo prevailed in the battles taking the overall crown. Take a look: 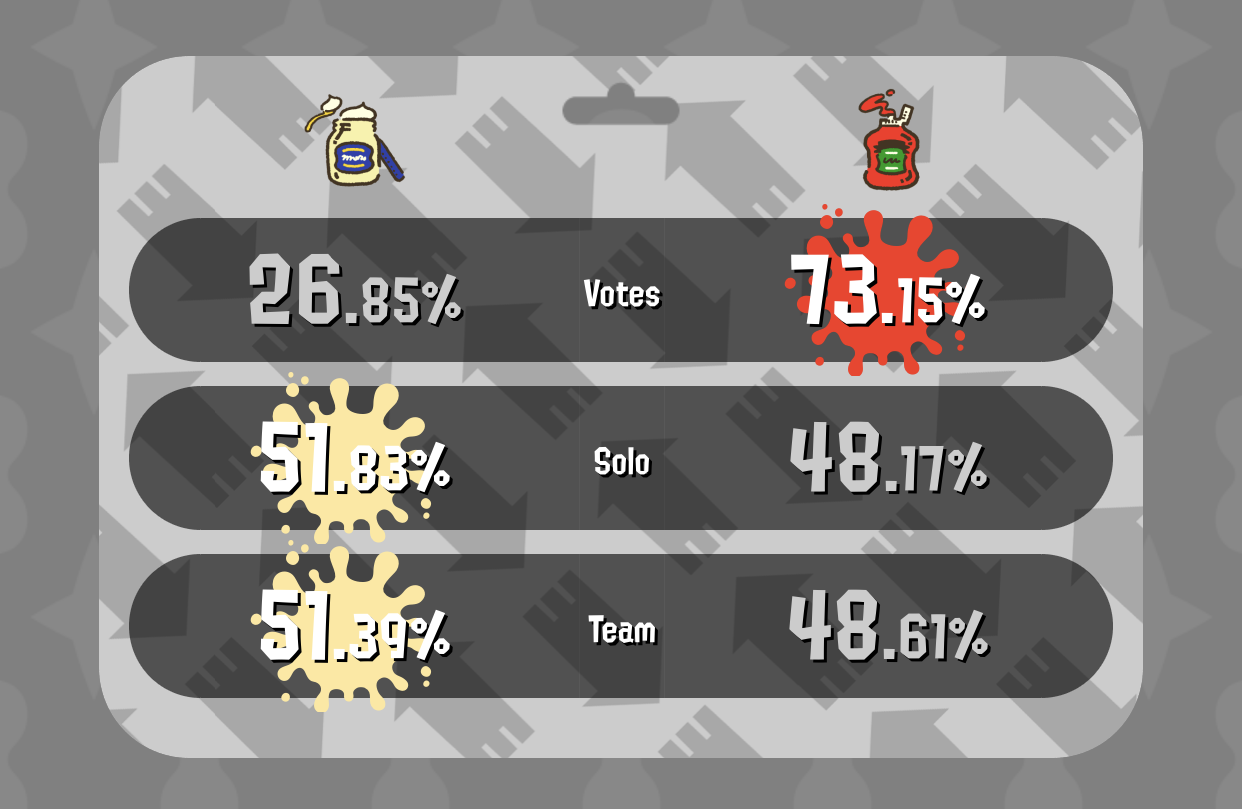 Will results pan out the same way? We’ll have to see. I’ll be on Team Mayo again Nintendo stopped hosting Splatfests after last July’s Final Fest pitting Chaos (Pearl) Vs. Order (Marina) which may or not be coincidentally the time I retired from the game. Seeing the news about this special event made me smile and I am now just dying for the work day to finish so I can back into the game. For now, I’ll have to fire up the Splatune soundtracks to tide me over until then.

If you’re new to Switch and/or Splatoon in general and are unfamiliar with what Splatfests are, there’s always Inkipedia but I’ll summarize it here: Splatfests are special in-game competitions held over a couple of days where players choose a side. The hosts of the game, Pearl and Marina, make their case as to why the side they chose is superior. Once you pick your side, you play a series of Turf War matches to try and rack up wins for your side. You don’t really get anything if your team wins other than slightly more currency, known as Super Sea Snails, than the losing team.