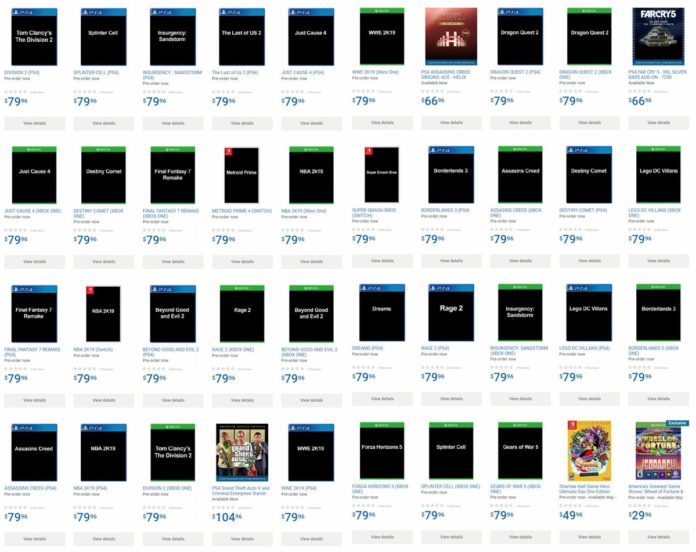 Saw this tweet that came with the above picture, but basically Walmart Canada leaked a bunch of game titles ahead of E3. While some titles in that screen grab were already confirmed, others were rumored and expected to be confirmed for E3, this pretty much took the wind out of that sail. Some notable revelations:

LEGO DC Villains was rumored to be the next title after LEGO The Incredibles. I’m pretty sure we can treat this as the confirmation we need, but not the one we deserve.