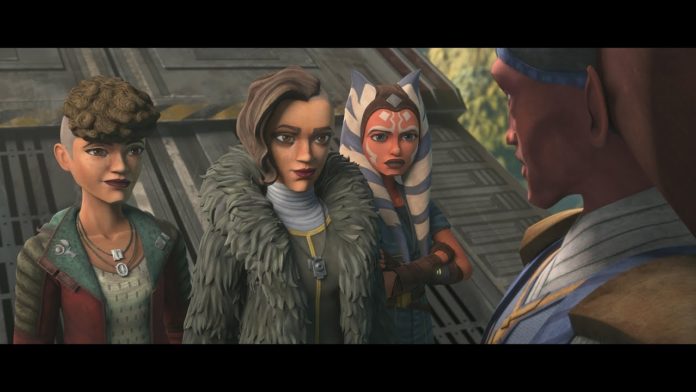 When Trace Martez pilots her prized ship on a mysterious job arranged by her sister Rafa, Ahsoka is alarmed to learn they are transporting for the evil Pyke Syndicate. Fearing that her ship may be at risk, Trace makes a rash decision that puts them all in peril in â€œDeal No Deal,â€ an all-new episode of Star Wars: The Clone Wars, this Friday, March 27 on Disney+.

I can only assume this is a continuation of the story from last week.

My kids are coming up on spring break. For them it’s just another spring break, but for me and the wife it’s a reprieve from all the homeschooling we’ve had to do. Even though I’ll still be working, it’ll be nice to not have the added pressure of making sure our kids stay on track with their schooling. Even with the homeschooling we stick to our “no screen time during school nights” rule Monday through Thursday. My whole point in saying all this is that next is an opportunity for me and the kids to binge on The Clone Wars. I’ve heard varying opinions on the show overall. I know I keep saying it. But saying it here is one of the few ways I can keep myself honest and keep myself accountable.