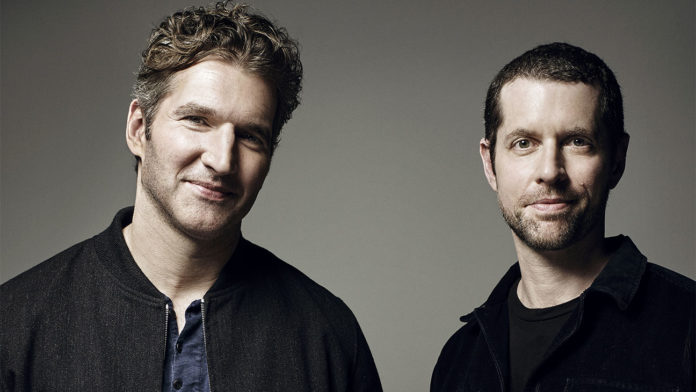 I guess this is supposed to be good news: StarWars.com announced yesterday that David Benioff and D.B. Weiss will write and produce a new series of Star Wars films. These movies would be separate from the Skywalker Saga and Rian Johnson’s trilogy. I kinda sat on this and mulled it over a bit. In the end, it’s not something that I’m looking forward to and here’s why.

They’ve made a name for themselves being the showrunners and principal writers for HBO’s Game of Thrones. I’ve watched Game of Thrones and considered myself a big fan at one point. I say at one point because once the show progressed past the point of the books, it went downhill. If you think about some of the major events of Game of Thrones that made it a great show, the death of Ned Stark, the red wedding, Hodor, Battle of the Bastards, it’s because of the source material. George RR Martin wrote and detailed all of those events. The way I see it, Benioff and Weiss translated the source into a television episode format. The final season is where things went downhill rather quickly where Benioff, Weiss, and the rest of the team were left to their own devices. The word “cliché” could be used to describe some if not most of those episodes. The plots weren’t very engaging and the storytelling was just downright boring. For example, the whole Sansa / Arya / Littlefinger plot made little to no sense and ended up being a classic case of misdirection that was telegraphed the second the show made it seem like the sisters were plotting against each other.

Anyways, my point in saying all this is that Benioff and Weiss have made a name for themselves from Game of Thrones. I just don’t have any faith that they’ll be able to create, from scratch, a compelling story. And that statement is entirely based on their work on Game of Thrones Season 7 which left much to be desired. Us Star Wars fans are a fickle bunch.