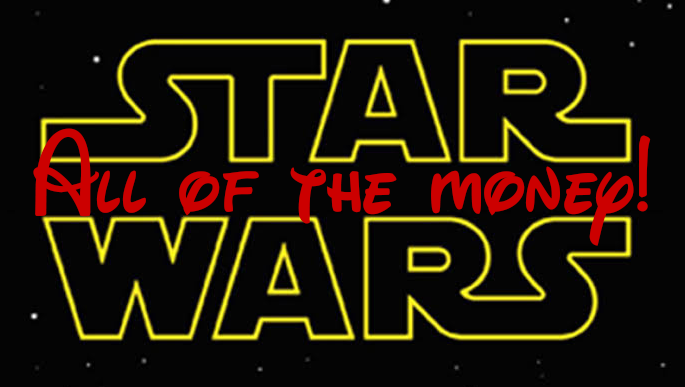 Yes, I plan on getting a lot of mileage out of that graphic I spent sixteen seconds making the other day! Disney’s D23 Expo has been going in full force, dropping hints, news, and previews of the eighteen-thousand Star Wars, Marvel, Disney, and Pixar projects that are currently in progress. 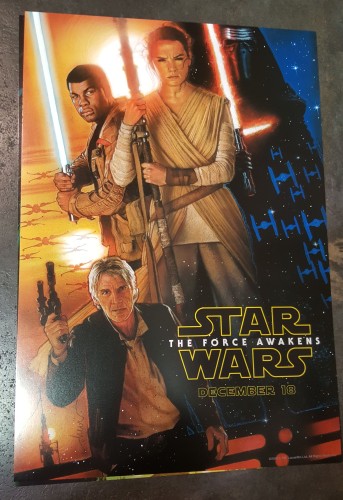 The first “official” poster for the movie is out, which is curious, since I’ve seen about a half-dozen different posters for the movie at one of the local theaters. Not a whole lot here, but it certainly does look Star Wars-y. (via Super Hero Hype). 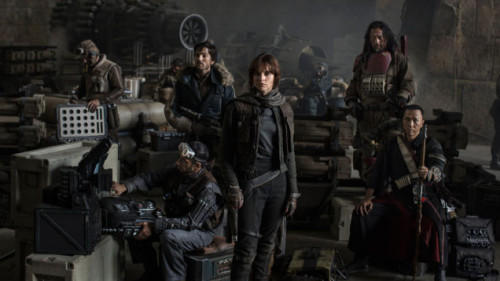 More more exciting in my book is the teaser for Rogue One, the first spin-off movie. This is probably the project that has me the most excited, and not just because it’s a female-led film that’s going to have a gratuitous level of space battles. This has a kind-of Firefly vibe to it, which is fitting, since it was revealed that Wash himself, Alan Tudyk, is doing a “performance capture” part of it. Here’s money on him being a sassy protocol droid that dresses like a pirate and speaks with a French accent.

We also get some more details for the film as well…

Rogue One takes place before the events of Star Wars: A New Hope and will be a departure from the saga films but have elements that are familiar to the Star Wars universe,” says Kathleen Kennedy. “It goes into new territory, exploring the galactic struggle from a ground-war perspective while maintaining that essential Star Warsfeel that fans have come to know. Gareth is such an innovative director and I’m so excited to be working with him and the extraordinary ensemble cast he’s selected for ‘Rogue One.’”

Veteran ILM visual effects supervisor John Knoll, who shares a long history with the Star Wars movies, dating back to the mid-1990s, originated the idea for the movie.

This is the movie that has some of the most promise to bring back some of the good bits of the EU, and the Rogue Squadron series (even if that was set later on) is part of that. We could also see some tie-ins between Rebels here, so perhaps they’re going to give us some familiar faces mixed in. (via io9).

Next up: Star Wars Episode IX “officially” has a director, Jurassic World director Colin Trevorrow. I’m sure that this is the news that has Ace out drinking right now, since he was such a fan of Jurassic World. I haven’t seen it, so I can’t really speak on his ability as a director. Episode IX is also four years out, so this is something that could easily change. 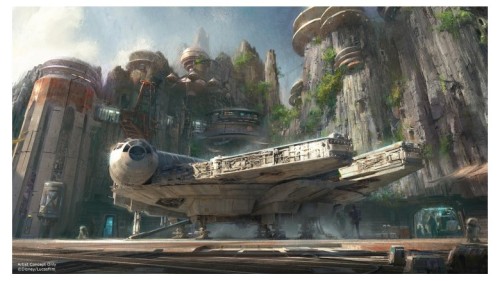 Disney also announced that there are Star Wars-themed lands coming to Disneyland and Disney World theme parks. While I doubt they can get something quite as awesome as what the concept art shows… but let me tell you, if they build a life-sized Millennium Falcon that I can walk around in and sit in the cockpit of… well, let’s just say that a future family vacation is now planned.

Star Wars Ahsoka and Rangers of the New Republic, AND MORE, announced for Disney+