Eventually, Disney is going to need to figure out how to reconcile the stuff in Rebels with the stuff in the movies (and I think some of that may happen in Rogue One), because it really addresses something that always really bugged me about the prequel (and honestly, the original trilogy before it): that the Jedi wereÂ somehow all wiped out. Okay, that makes sense if they were all scattered centered or involved in the war. But we saw that they were a bit more diffuse than that; there were some who had left the order, some who failed out of it, some that hid, some that were in very remote places.

It’s just a bit hard to believe that in an entire galaxy, they’d eliminate all but three people by the time ANH rolls around. In the cartoons, they’ve been teasing this a bit with the fact that a particular former Padawan is/was still around (but went so far as to say that he/she was not a Jedi… gotta make sure that Yoda wasn’t just full of it), and obviously there’s the question of Kanan and Ezra in general.

Until that happens, we’re going to keep getting Rebels sets, including this little speeder number. I’m actually okay with that, since there have been some quality selections in the Rebels lineup (thoughÂ mostly I’ve just purchased the cheaper sets). I was looking forward to reviewing 75141 Kanan’s Speeder Bike mostly because it was a nice, inexpensive set at $19.99 and had accessories that I tend to love in a set. At 234 pieces it seems to have a lot of value tucked away, and does come with a new unique character, the Imperial Combat Driver, though Kanan and the Buckethead have shown up elsewhere.

When I see someone say that they hate Star Wars Rebels (or hated Clone Wars before it), it’s usually apparent within a few seconds if they have a valid opinion arrived at after watching the show, or if they’re just hating it because anything that doesn’t fit a narrow view of what Star Wars should be is obviously bad. Spoiler alert, it’s never the first one, because it’s impossible to watch the show (especially if you’ve watched the last half of the first season or any of the second) and actually hate it.

I’m sure someone is rushing to the comments right now to argue against that last statement. Sometimes,Â the hate seems to be focused more on the fact that they’re not following the EU stories around things, like the formation of the Stormtrooper corps, where A-Wings came from, or stuff like that. Other times, the focus of the stories and the characters in the rebellion.Â The big problem is that almost everyone arguing that hasn’t actually seen the cartoon, at least not more than the trailers or snips, and draws broad conclusions based on their assumptions. 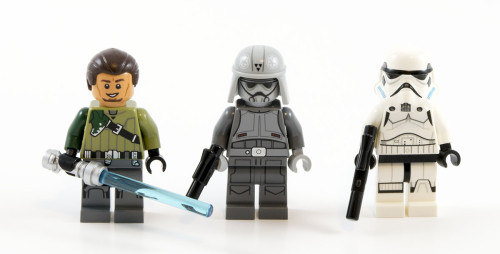 For minifigures, we get Kanan, the new driver, and a “Buckethead,” which is what Stormtroopers get called in Rebels a lot. Seems kind of mean, cause most of them are only doing their job, but also a bit off because that thing would make a pretty lousy bucket. For a $20 set, that’s not a bad lineup at all, getting two generic troopers always adds a bit of value to a pack. Kanan doesn’t get a different look, but since the speeder is all based on Season 1 and his look was consistent, not really all that shocking. 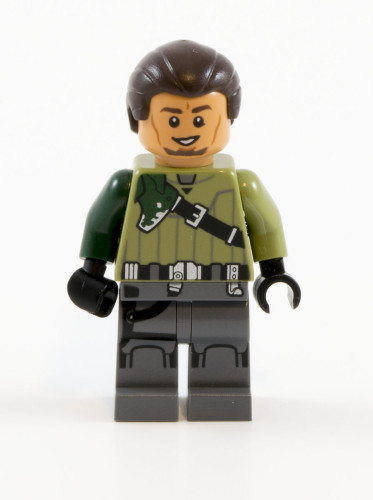 Not a bad figure, still, butÂ the general opinions of the character haven’t changed since the Ghost review. A lot cheaper way to get him, but he shows up in three sets now where they are all the same. That’s a shame, since he’s sporting aÂ much different look by the end of the Second season, thanks to a few happenings that would be fairly spoilery to share. 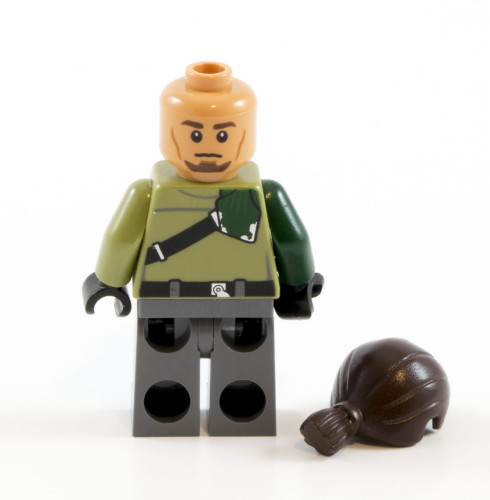 I hope that some of the comic stuff eventually works its way into the sets, because the Kanan comic is just fantastic and I’d love to see variations on the character. The figure is okay, and I welcome getting more of those hairpieces. Otherwise, it’s still just a Season 1 Kanan figure. 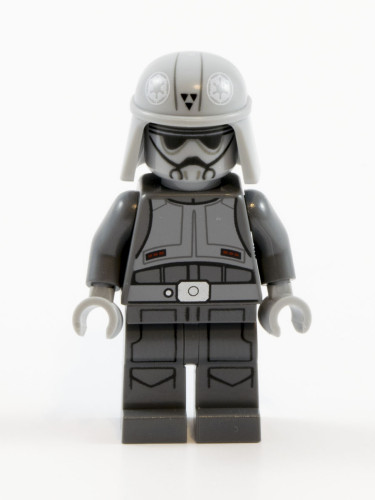 The driver isÂ just the AT-DP driver, just in more of a gray look. The armor torso is probably the coolest part, since it almost seems like something an officer would wear out into a battleÂ zone. Well, assuming Imperial officers other than the ISB and Kallus ever wear armor. 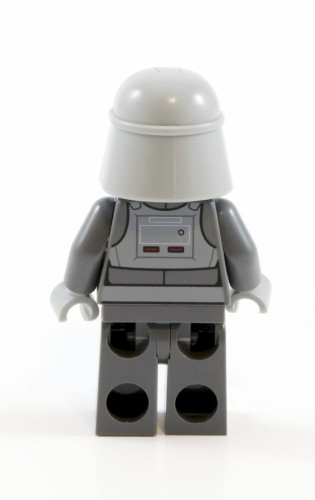 It’d be pretty easy to repurpose this figure into other Imperial officers, which makes me want more of them. 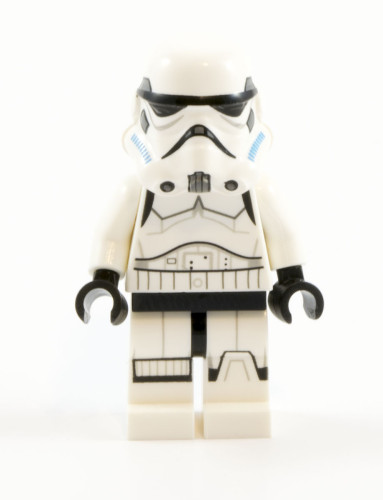 The Stormtrooper is still a Stormtrooper. There’s not a whole lot to say that we haven’t said in any of the other reviews. Always nice to get more of them, though my Death Star probably has a hundred of these guys right now.

This is the second speeder bike that we’ve gotten in the Rebels lineup, after 2015’s Ezra’s Speeder Bike. I was mostly meh about the set, caused in no small part by the awful Sabine figure that came along with it. And while there are still issues with the “look” of that figure, at least versions with the helmet are in multiple sets now. Those bikes were just reskins of one another, and only the imperial version was feature in the cartoon while the scene didn’t have much to do with it, more of a “make it look like it was from it but just make another speederbike” decision. 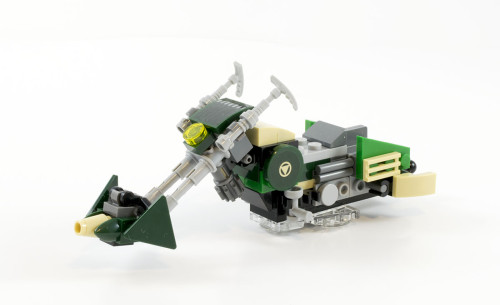 This guy, however, was in a couple of Season 1 episodes, including the episode that featured the man as cool as the other side of the pillow, Lando Calrissian. I’m pretty sure this set is looking directly inspired from Call to Action… which could also right around when Rebels went from good to “stupid Awesome.” Also, it featured an incredibly dark moment for a kid’s show, but you’ll need to watch it for that. The Rebel cell stole supplies in that episode’s first act, though I don’t recall them stealing a bunch of blasters and thermal detonators (they usually hit food supplies). Still, it’s a nice node to it, thought he speeder is a bit thick compared to what we see in the show.

The crates are the part that I really enjoy in the set. I like little flair elements that can be used elsewhere, and you can easily put these crates into any Imperial display or base. The side disconnects, and the top can swing off for the crates. The actual gear goes on the plate that sets inside, and consists of a stickered tile and some thermal detonators. You could easily modify the crate to add in some blasters or similar things, or if you want to go full Rebels, add in some carrots or something.

For $20, this isn’t a bad little set. It’s not a spectacular, but solid in all the ways that count. The new driver figure is great to see, but we have a variety already. It’s cool to get another Stormtrooper, but again, there are several sets out there that have them right now. The same is true for Kanan… the real bonus here is that this is the cheapest set to grab him in currently, and hopefully future versions are closer to his current look. This set is a fairly solidÂ three out of five. It’s not a bad set by any means, it just doesn’t do a whole lot to differentiate itself from other offerings, Rebels or just Star Wars in general. 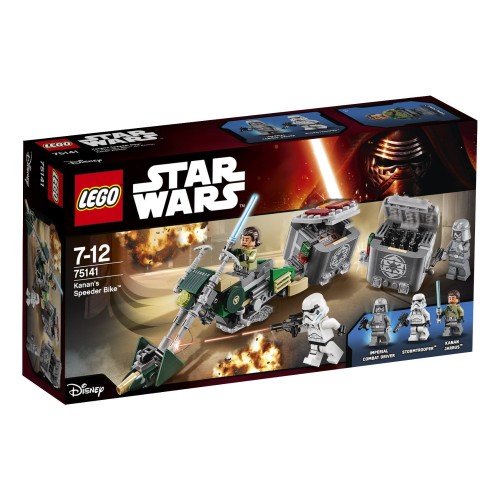