Following in the footsteps of other themes, such as Star Wars and Castle, The Lone Ranger theme features a battle back in its lineup. And I find it peculiar. 79106 Cavalry Builder Set is one of two sets in the series to have cavalry minfigs, the other being 79111 Constitution Train Chase and there, it’s a single minifig. Cavalry and any other military presence are absent from the rest the sets making cavalry building a strange proposition. Maybe thereâ€™s a context Iâ€™m unaware of not having seen the movie, but since the cavalry play such a limited role in the sets, what is the motivation to get this set? 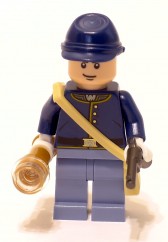 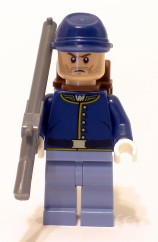 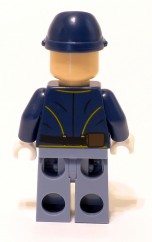 For one, there are three cavalry officers in the set and they all have the same uniform, so if you were to army build, you’re stuck with what’s here. Their differences come in the assigned accessories, such as the backpacks, the satchel, and firearms. Theyâ€™re still great minifigs with excellent front and back torso detail, plus their facial variation is superb, but thereâ€™s something missing. 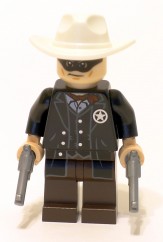 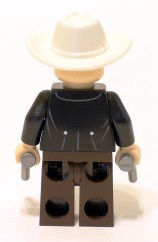 Ideally, there should be a fifth minifig, or the Lone Ranger should be replaced by another cavalry member of a different rank and varied appearance. The inclusion of the Lone Ranger makes sense from a branding standpoint, but as a battle pack, itâ€™s distracting. Heâ€™s present in every set and will ultimately get thrown into my bin of Harry Potters and Jack Sparrows. I don’t know what else to do with him at this point. 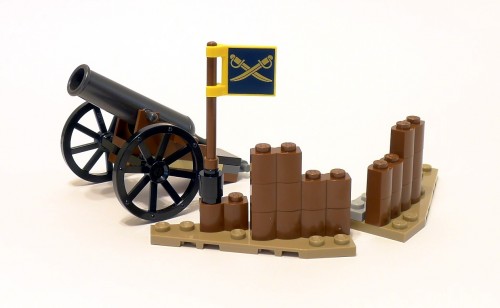 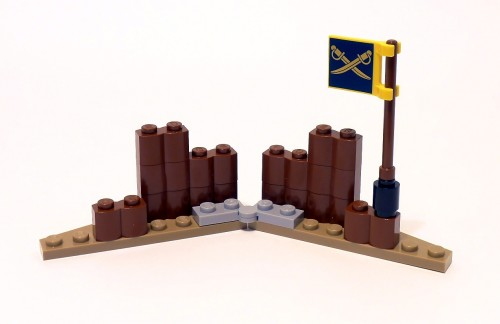 Thatâ€™s why this set simply doesnâ€™t work as a battle pack and I feel LEGO may have struggled to come up with a small set solution and this was their compromise. Star Wars battle packs work because of the lack of identified characters and you get a decent vehicle and handful of accessories. Here, you get a disappointing “wall” made of 11 pieces, not including the flag. This seems like a poor blend of a typical small tier set and a battle pack. What would have made this set better? A more substantial wall? That fifth minfig? A speederbike? Maybe. I’d really take anything at this point. 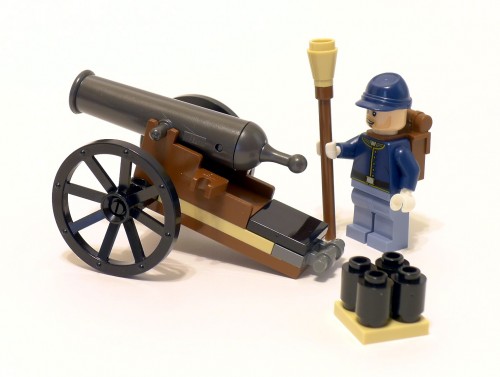 So, why get this set? At 69 pieces, it’s not a great value from that perspective, but it does have three Union soldiers, soldiers you can’t get anywhere else. Is that enough? Unless you really want those soldiers (or just uniforms in general) and have some MOC planned, no, it’s not. This is one of those rare battle pack misses. 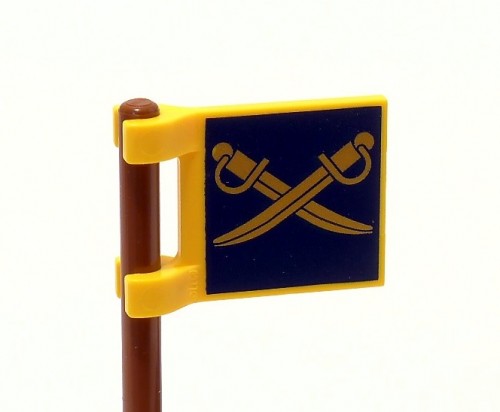 + Includes a variety of accessories, such as a tan satchel, cannon, and frying pan!

– No variation among the uniforms.

– As a battle pack, ideally it shouldn’t feature a prominent character to waste one of the minifig slots.

– Mixes gun styles. Includes the â€œoldâ€ style rifle and the new, cheap looking revolver, like all the other The Lone Ranger sets. 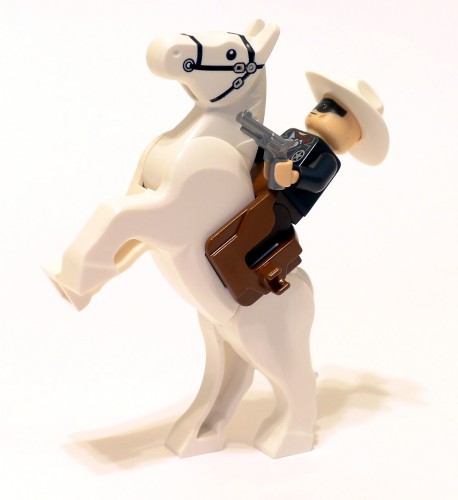 Verdict:
Unless you really want to build an army of US civil war era-style soldiers, there really isnâ€™t a reason to pick this up, especially not for $12.99. On clearance, sure, it might qualify as an ok deal and an ok way to stock up on cannons and horses, in addition to the soldiers. But this set is nothing more than ok, at best. It wallows in its “ok.” Amazon usually keeps it in stock for less than MSRP, so if you’re really hankering for this set, it’s a good place to look.