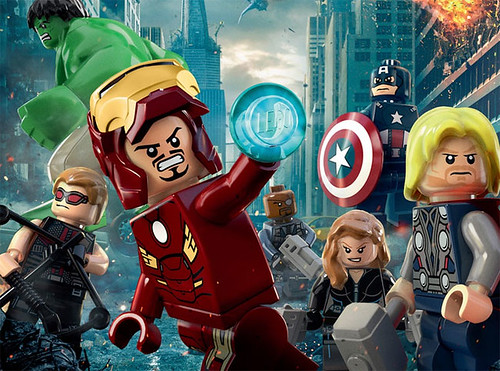 Marvel has been building up to this point since Nick Fury made his first appearance at the end of Iron Man in 2008. There have been ups and downs in the outings of Marvel’s Cinematic Universe, but for the most part they’ve been strong offerings with any blemishes (I’m looking at you Iron Man 2) being forgivable when you look at the the franchise as a whole. To say I’ve been excited about this movie would be an understatement, but even more than the characters individual films this one has a lot to prove. So does it live up to the hype, the legacy and this long time comic fans expectations? The short answer is…

Without getting too spoiler-y (but be warned there will be spoilers), I can say that the sets released so far are a fairly accurate interpretation of the scenes they were inspired by. I say inspired because most lisenced LEGO sets that are meant to showcase a specific scene are watered down at best. I’d also argue there’s a fair chance that LEGO was only given very loose plot points to use to create these sets and if you look at them in that mindset they actually did a good job. Thev’ve had these in development since last year, so there was still a lot that was probably up in the air and Marvel can be picky about when they’re secretive and when they give it all away. 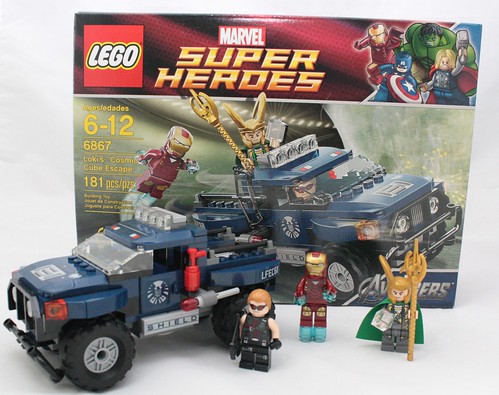 Half of the time it’s simply a case of missing the mark as to what minifig is in which scene, with a few minor errors obviously there to enhance the playability. To be honest the one that bugs me the most is Loki’s Cosmic Cube Escape, which includes the Mark VI Iron Man but should really include a less recognizable character. Either one unknown to the non-fanboy audience or one it feels like they went out of their way to exclude from the sets, but managed to put in the poster. The Quinjet set looks pretty good compared to it’s onscreen counterpart and the Hulk Helicarrier Breakout set is basically an amalgam of about a half an hour worth of scenes. Though I think the holding cell needs to be… bigger. 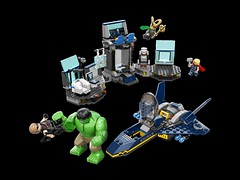 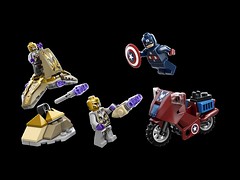 Yes there is no “Avenging Cycle” in the movie, but you do see Steve Rogers on a bike and I think this is one of the cases where LEGO had to go with some info taken from the previous films. Cap drives a motorcyle in his movie and in the most recent Avengers cartoon (which many children would be familiar with) and in the comics several times over the years, so it makes sense to spice up the smallest set with some vehicular scriptslaughter. The other funny example of this is Hawkeye’s new bow which is compound like the one seen briefly in Thor, but it’s not Clint’s personal bow and not the one used in this movie. No complaints here! LEGO had a single scene to go from and we got a new part out of it, if you don’t like it then you can sub in one of the hundred old style bows you probably have lying around.

With any luck we’ll get another round of sets based on this movie because there are a number of great scenes that could make fun playsets and at least one other vehicle… monster… thing, that might be an interesting challenge for LEGO to recreate. With the movie grossing nearly 650 million smackers worldwide and $200 Million in North America in it’s first 12 days alone there’s definitely motivation to produce more sets to feed the Marvel/Disney merchandising juggernaut, so fingers crossed.

I’m going again and taking my young Son who nearly cried when my Wife and I left to see it without him. Having said that I wouldn’t recommend it for all young children, if the only cartoon violence they’ve seen is Perry the Platypus flipper kicking Dr. Doofenshmirtz into submission it may be a tad intense. Stay all the way through the credits, the scene midway teases the sequel (non comicbook fans will be left in the dark I’ll bet, but I called it as soon as I saw the aliens in the trailer) and the end scene is more of a thank you from Whedon than a plot point, but worth the wait. You know what my recommendation is, but I think you should listen to these guys. You don’t want to make them angry. 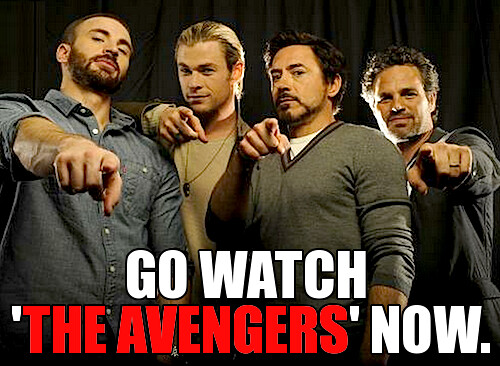 Then come back and tell us what you thought.