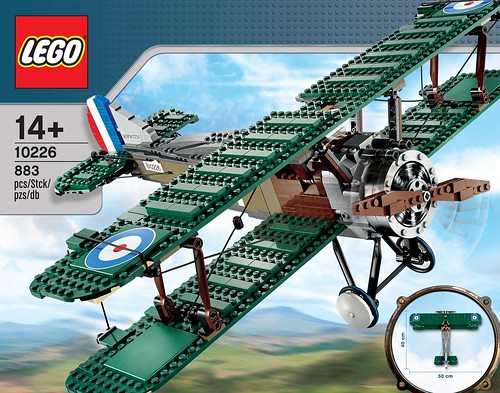 Over this past weekend, LEGO officially unveiled its latest Shop@Home exclusive: 10226 Sopwith Camel. It is a remake of the original model, 3451 Sopwith Camel, and features an entirely new color palette and hopefully stickers that won’t disintegrate over time but at twice the price. Weighing in at 883 pieces, you’ll be paying $99.99 USD for the set versus $49.99 for the old set that had 574 pieces. As part of their summer promotion, LEGO Shop@Home will also have a Mini version of the aircraft, 40049 Mini Sopwith Camel, pictured below. I’d imagine you’d have to buy the bigger one to get the smaller one, but as soon as more details are revealed, I’ll share them here. You can buy 10226 Sopwith Camel starting in June of this year. In addition to the information below LEGO has made a point to mention the following message to the AFOL community:

In addition the Sopwith Camel has many sought-after parts including some metallic parts on the cowling and new 1×1 round tiles. â€œWeâ€™re also introducing the 1×1 brick in dark tan, which was on our top ten list of elements that our fans want and we give you quite a few of them,â€ adds Jamie

â€œWe have tried to avoid stickers wherever possible and have a brick-built rudder in the characteristic red, white and blue of the original. Also included are dark green 8×16 plates and 1×3 tiles in the same colour.â€

You’ll find more photos, the designer video, and the official press release below as well. 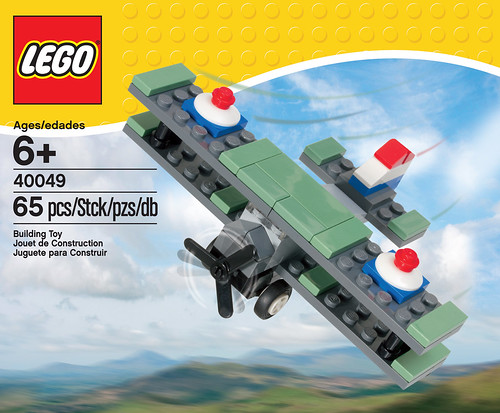 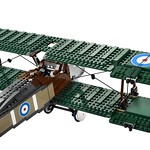 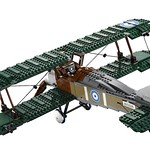 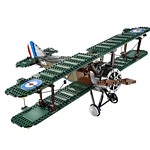 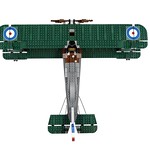 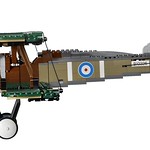 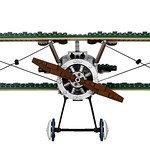 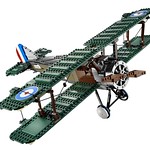 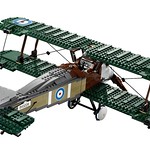 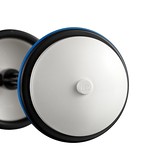 Relive a classic era of aviation history with the Sopwith Camel biplane!

Recreate your very own piece of aviation history with the historic Sopwith Camel. This detailed replica of one of the most recognizable British single-seat biplanes ever to have graced the skies. Features include a realistic rotating propeller and engine cylinders, hinged tail rudder, realistic tension wires, functioning wing ailerons and tail flaps that can be controlled from the cockpit â€“ just like the real plane! The detail doesnâ€™t stop there; this authentic model has over 880 bricks, including dark green, dark tan and metallic silver elements.

â€¢ Features include a rotating propeller and engine cylinders, hinged tail rudder, functioning wing ailerons and tail flaps that can be controlled from the cockpit
â€¢ Includes dark green, dark tan and metallic silver elements
â€¢ Recreate a piece of aviation history
â€¢ Turn the propellers and see the cylinders rotate
â€¢ Model measures over 15â€ (40cm) long and has a wingspan of over 19â€ (50 cm)

The biplane that took on the Red Baron Manfred von Richthofen and his flying circus has been turned into an authentic model with moving parts that captures the Sopwith Camelâ€™s classic looks.

â€œGetting to design it was a real treat,â€ says Jamie Berard, Lead Designer for LEGO Exclusives. â€œWe made a Sopwith Camel in 2001, but that was more of a visual model, beautiful to look at but without any functionality.â€

Just like the real aeroplane, the joystick in the cockpit can move the ailerons and elevators using string rather than gears or levers. â€œThe string goes up over the wings and can operate the ailerons on both wings at the same time. It was a real challenge to work on,â€ says Jamie.

The powerful rotary engine that gave the Sopwith Camel its distinct look has also been recreated and features a rotating propeller and rotating engine cylinders.

The scale was carefully chosen to take account of the size of the large, powerful engine that drove the plane and so that the string could function properly with ailerons. â€œThat allowed us to make a bigger wingspan more true to the original aircraft and a wider body that makes it easy to hold as you fly it around.â€