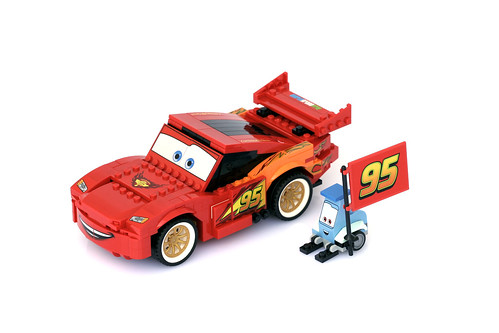 It isn’t quite as much of a letdown as UB Francesco, but does the Ultimate Build version of the four-time Piston Cup champion come away a winner?

I’ll try and keep this one brief. 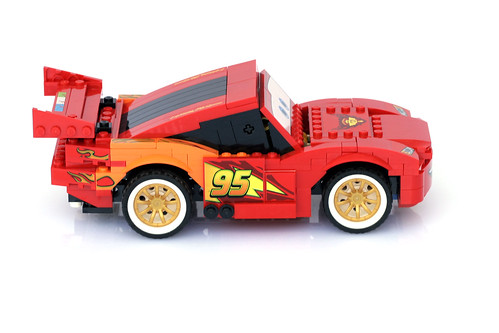 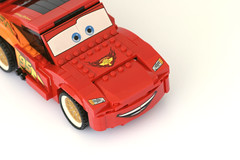 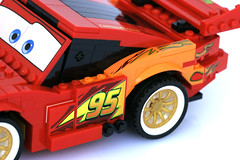 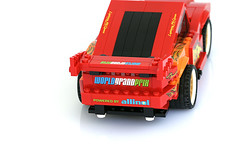 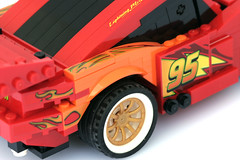 Let’s start with the basics. 8484 Ultimate Build Lightning McQueen will cost you $29.99 MSRP for 242 pieces which is already an improvement from Francesco. The finished product itself feels much more substantial, even if there’s a giant hollow area and an opening on the bottom. But if you’re a lemonade out of lemons kind of guy, that could be an opportunity to put in a Power Functions or a simple pullback motor and gain a little bit more functionality out of the set. A mix of printed parts and stickers, Lightning McQueen is fully decked out in decals from his World Grand Prix tour appearances.

Like Francesco, I wish the scale was kicked up a notch with a slightly higher price point. I think with more pieces or even a mostly Technic approach, LEGO could have had a real winner. But instead, you get a product that feels so lackluster in almost every way. 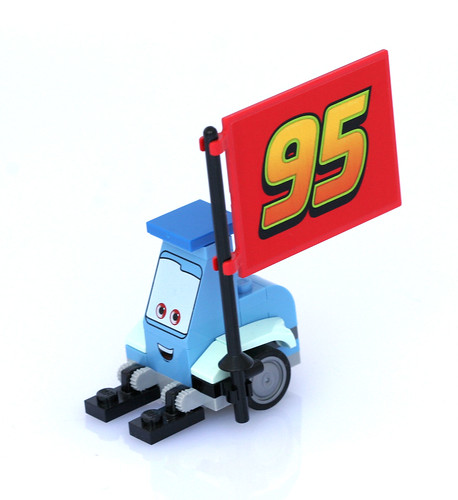 What I liked: Guido. Guido looks smashingly good compared to his on-screen counterpart. He features only two wheels despite being a three-wheeled forklift, but the way he’s constructed it isn’t even an issue. He also has a few parts in a new(ish) seafoam color; Bricklink refers to this color as “Light Aqua”. Flo’s V8 Cafe set has more of this color in Flo and Fillmore but that’s for another review. The mix of blues used to create Guido does a great job 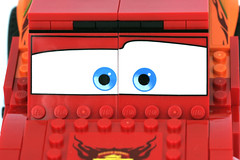 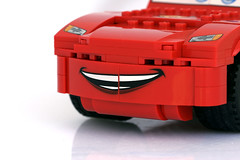 What I didn’t: Printing issues. It’s a love hate relationship with the printed elements in this set. Both the eyes and the mouth elements were printed and while one half printed right to the edge, the other half unfortunately did not. I haven’t bothered calling Shop@Home to see if they have corrected elements, but I’ve seen pics elsewhere that verified that this is not an isolated incident. 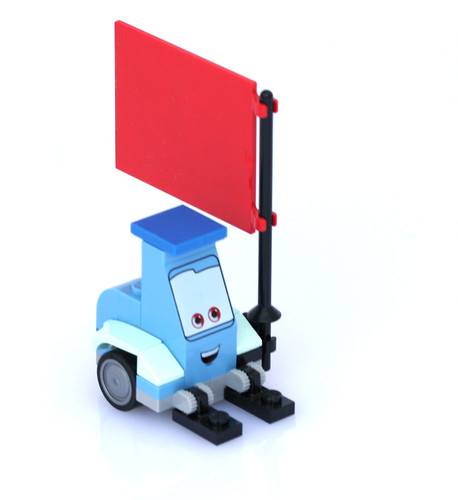 The flag. They couldn’t toss in another sticker for the other side of the flag? Seriously? 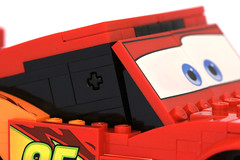 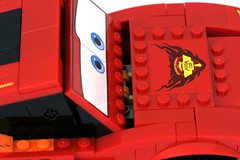 Eyes/Roof/Head. I’m not entirely sure how they could have constructed Lightning’s eyes/roof/head any differently, but the final product ended up looking so awfully weird. The determining elements in the way the head is constructed are the tiles used for the eyes. Without knowing what other build options or prototypes were made, we can only assume that this was the best choice for whatever reason. Still, if this is the best that LEGO can offer us for Lightning, I almost wish they didn’t bother. While Francesco at least looked nearly spot on, this set look like a highly stylized version of Lightning. The height of the car seems too high. There’s no definition for the windows; it’s just one large black area. There is also some pretty noticeable gaps around the windshield/eyes that are quite noticeable; it just cheapens the look of the set 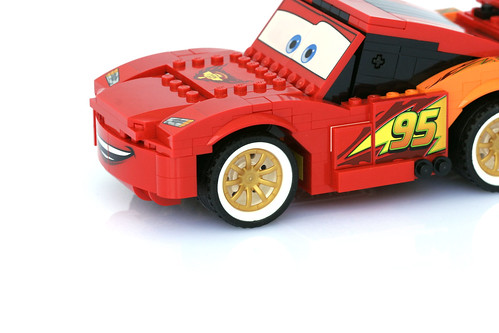 Gold rims. I can say with 99% certainty that Lightning McQueen does not ever appear in Cars 2 with his World Grand Prix deco with gold rims on white walls. Heck, I don’t think he’s ever had gold rims (and I don’t count Bling Bling Lightning McQueen), in either movie. Having UB Francesco nearby, it was an easy fix to swap out the tires to something a little more movie accurate. I guess UB Francesco was good for something. 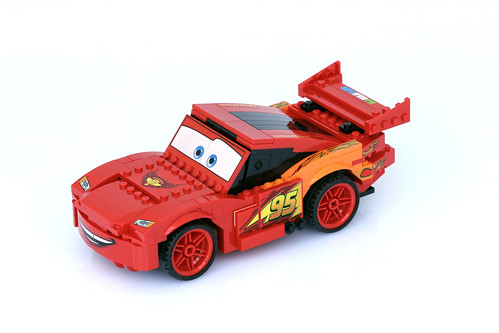 Verdict: Certainly not the worst model as that honor is reserved for Francesco. Ultimate Build Lightning McQueen isn’t much better, but it at least feels like a better value for your money. Any fan of Lightning would enjoy it if you can get past the weird look. If you can pick it up on sale, go for it; it’s a pretty good parts pack if you need a lot of red.

And some gold rims.