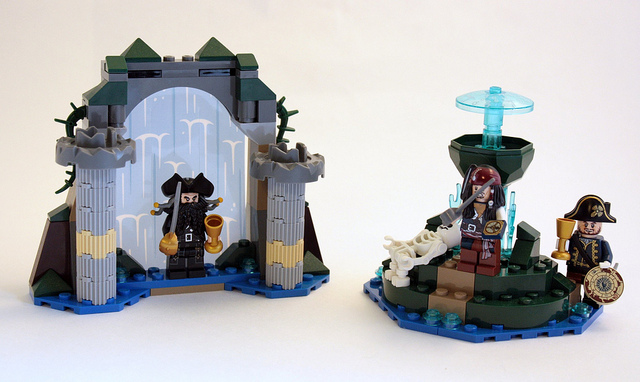 It’s strange how a LEGO set can give away the entire purpose of a movie before you’ve seen it. Apparently, they’re all looking for the Fountain of youth. Of course, if you’ve seen the movie, you know it looks absolutely nothing like what you see in the set. The question is, is what you get worth $20?

We get three minifigures in the set: Jack Sparrow (again), Barbossa with a peg leg, and Blackbeard, the villain from the new movie. Technically, there is a fourth figure, a skeleton from the castle line a couple of years ago, but according to LEGO, it’s not one of the included figures. At least it’s not one of the ones with the floppy arms, so you can use it for your skeleton horde if you want. 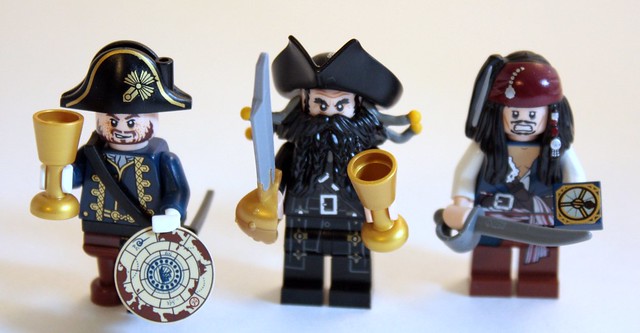 The Jack Sparrow is the same as the one from the Captain’s Cabin, and very similar to the Isla de la Muerta one (different head). I get that Jack is the central character, but I still don’t think he needs to be in every single set. Especially if they’re not going to vary him up a whole lot. And you’re going to have so many of the compass 1×1 tiles that you could build a small fort out of them. Every set has them, and includes an extra (or two). 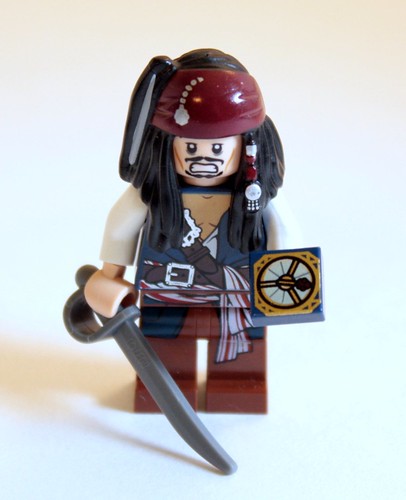 Barbossa here is distinctly different from 4181, with the peg leg and admiral’s hat, instead of the swashbuckler hat. Personally, I like this iteration better, especially the nice dark blue admiral’s coat torso. I can see all sorts of uses for this minifigure in my existing pirates sets. The hat has a nice gold print, but could also use a feather. 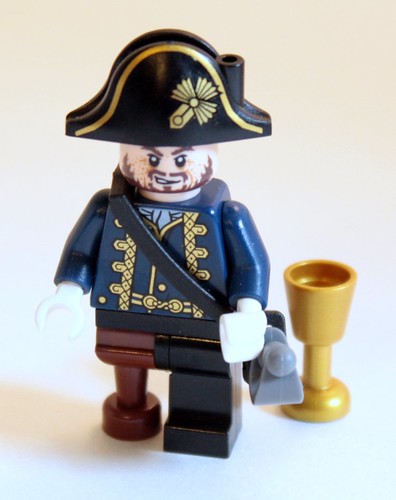 Blackbeard is also in this set, and given that this is a $100 less than the other set he comes in, it’s a good chance to pick him up. He’s also got a custom saber with a gold handle. Unfortunately, it’s made of the soft plastic that we’ve seen in some other parts and minifig heads, but it does look nice. And with the exception of the braids that fly to the side, Blackbeard is a good figure, with nice printing and a unique look. Much like Barbossa, he could be put to good use by switching out the head and hands, or using a different beard. 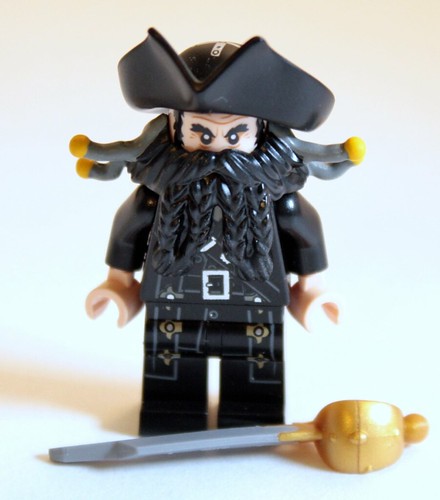 As for the set, you have a waterfall and the fountain itself. If you can call it a fountain. The waterfall is a plastic sheet around a brick-built rock. Nice that there aren’t any BURPs to make this, but the colors vary in such odd ways. Tall slopes in both dark tan and dark stone, a 1-stud width tall slope in dark brown, and then just a toss-together of dark green and black to go with it. It looks like they built it out of leftover parts, just to get the arch. I’ll never understand why they need to put in stuff like a line of black instead of just keeping with grey so it looks like the rocks. Same with the tan… it just looks out of place. 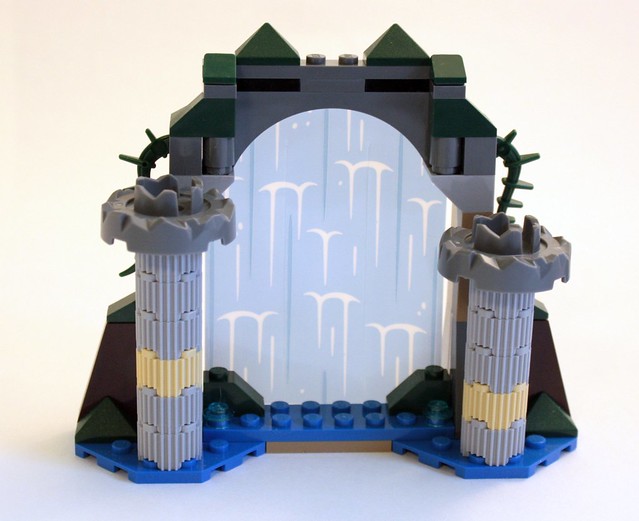 What is nice about this is that we get 11 of the round grill bricks (2 tan, 7 light stone), so this will be a good source of those if you’re looking to stock up. The top of those pillars have a molded plastic rock seen in some atlantis set (Called a turntable key holder). Though I can’t help but look at it and think Flintstones car.

The waterfall itself is a plastic sheet that doesn’t look bad, and is actually fairly sturdy, but it can’t help but look cheap. It doesn’t look bad, per se, but doesn’t look like LEGO either. The rest also has some dark green slopes and cheese slopes, which could be put to some good use, and a few blue bases.

The fountain itself is basic, and just looks terrible. A few trans-blue round bricks stacked up does not make a fountain. The half of a green rock suspended in the middle just looks bad, and the dish with a printed pattern looks tacky. I get what they’re going for, a sprouting fountain, but it just looks bad. The base has some rounded and modified bricks, and dark tan, but overall, it just looks awful. 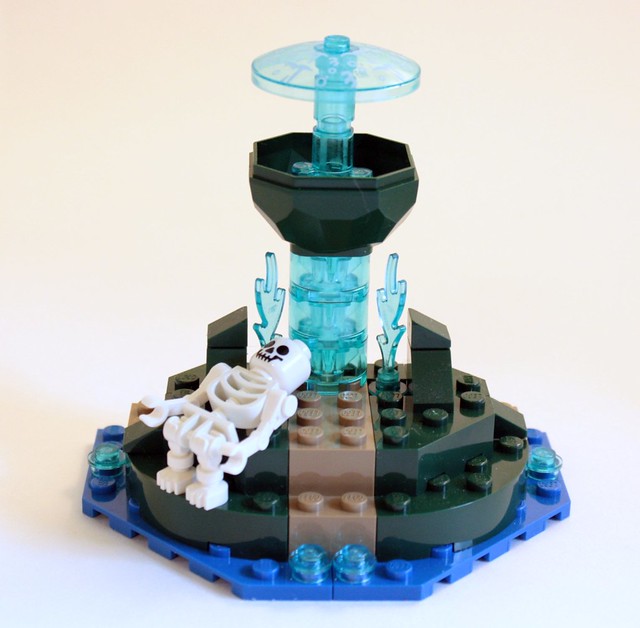 These reviews are starting a pattern. Much like Star Wars sets recently, nice figures, decent parts, but not a whole lot of value or accuracy. When these reviews are done, I doubt I’ll keep most of the sets together. You get a lot of nice parts by themselves, like the trans-blue round bricks, round grills, and dark green. But the set together isn’t something that looks nice enough to get on my display shelf.