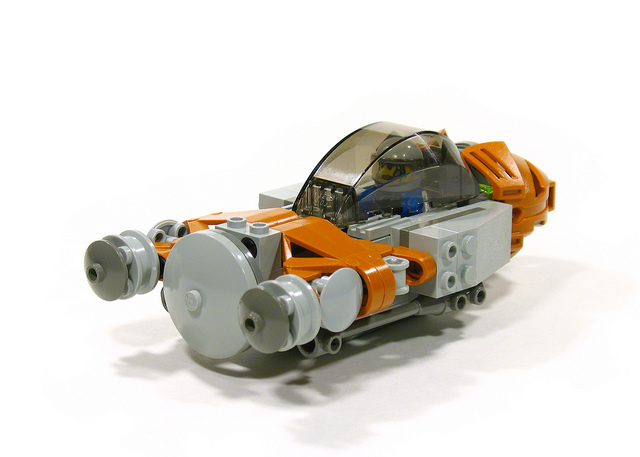 This is a little out of the ordinary as far as reviews go, and I guess the same could be said for the ship itself… What we have here is a slice of AFOL history that we’ve brought back into the spotlight. I was still in a grey-age when this first appeared so I’m quite happy to finally get my own copy in the original burnt orange color scheme.

Back around 2002-2003 Jon Palmer picked up some Bionicle Happy Meal toys and mixed the masks and feet with system elements to come up with this little ship, dubbed the M-wing. His website (Zemi.net) has slipped off the aether since then, but here’s the story behind it:

The M-wing, or Micro-Wing was one of the most compact fighters in existence. This tiny ship was used by the rebellion specifically for espionage. It was barely armed with 2 small laser cannons, and had no navi-computer or droid brain. The ship’s hyperdrive could be used just twice: to get in, and hopefully out. After a successful mission the hyperdrive was replaced.

What the M-wing did excel at was spying. It was equipped with a powerful sensor array not found on ships 10 times it’s size. A highly illegal sensor jammer helped the ship hide from the imperials.

32 signed and numbered kits were sold in various colors and still reside in collections across the globe. With Jon’s kind permission Ace has collected the parts for twenty new kits. Fifteen of them will be included in the Bothcon attendee goody bags, details on the plans for the rest will be revealed later. 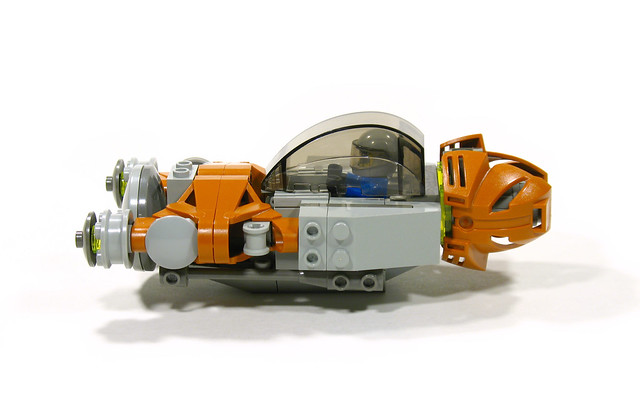 Build Quality & Play Features: This is one sturdy little starfighter. Very compact but not fragile in the least. The Bionicle parts that make it stick out from the crowd are well integrated and surprisingly useful for the nose connections. The sides are connected by a single Technic peg (what would be the ankle of the Bionicle feet) but thanks to the sideways construction they’re securely trapped in place. The canopy has just enough room in front of it to open without leaving a large unappealing gap or exposed hinge, and the pilot has no trouble getting in and out. That’s the extent of the playÂ  features since there aren’t any other moving parts, but it’s a starfighter. 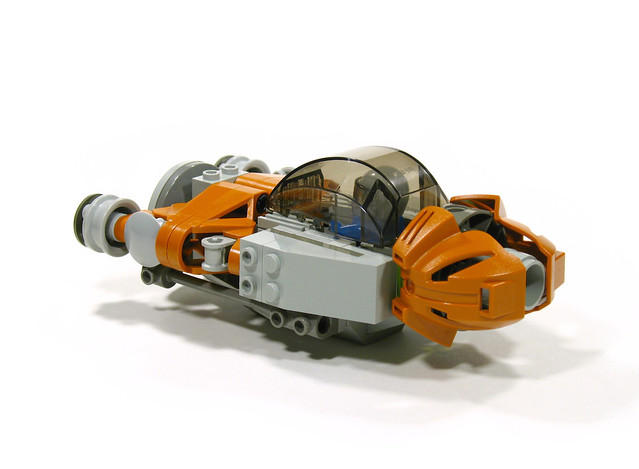 Swoosh Factor: This ship just begs to be swooshed. 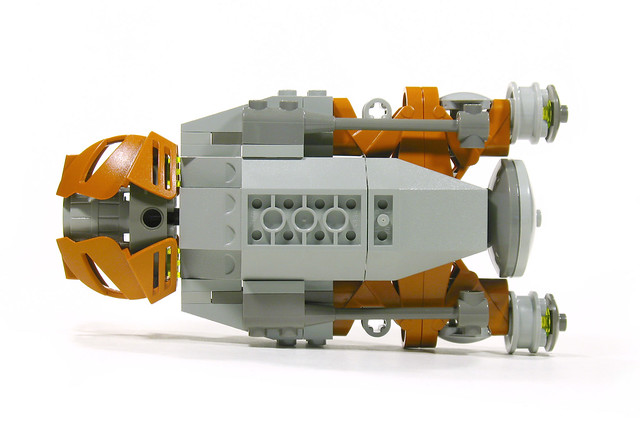 Accuracy: The M-wing is Jon’s original design, and these remade kits are as true to his as we can get. The old Star Wars cannons under each wing really date the set and give it an odd sort of charm. Using them as blasters on most any other MOC would feel like a copout, but here it just seems so right. All the greys are in the old yellowish hues instead of the modern clean spacey bleys, and thanks to the limited source of the specific Bionicle masks needed the highlight colors match up to the 32 originals. 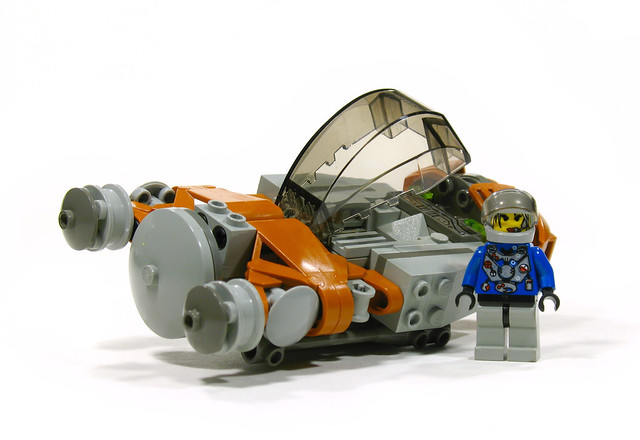 Minifig: The nameless M-wing pilot had a number of different flight suits depending on the kit – which seems fitting for a Rebel spy ship – each of them mixed and matched from various existing printed faces and torso available in 2003. Nothing too spectacular but it doesn’t need to be.

Value: Original kits are extremely hard to come by, and the Bothcon editions are just as limited, but you probably have most of the parts for one in your collection and the rest can be grabbed off Bricklink for a reasonable cost. Whatever route you use to get one I’m sure you’ll be satisfied with the set.

Summary: All in all, it’s a great addition to any collection. Cool idea and design in a nice compact form. Plus you can always put your own spin on the ship: 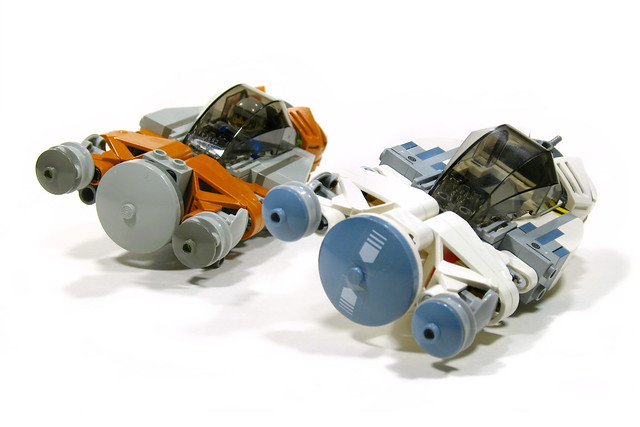 This is my first M-wing, built several years ago with a few alterations to fit my tastes. I do like my personalization, but it still can’t beat the original in my opinion.