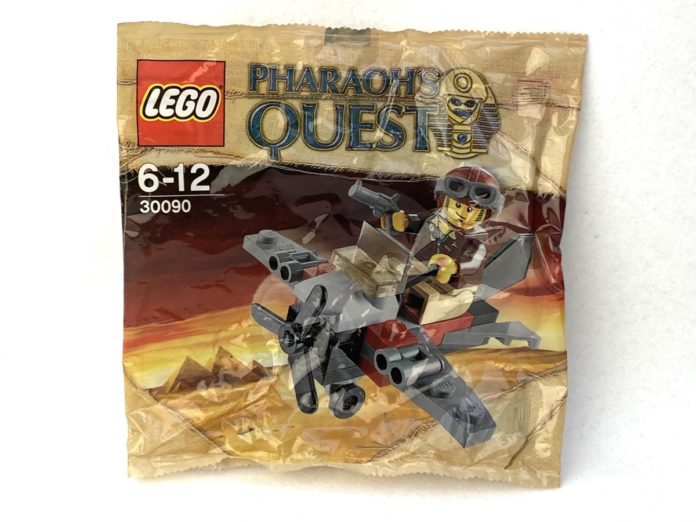 Okay, this little set charmed the pants off me. 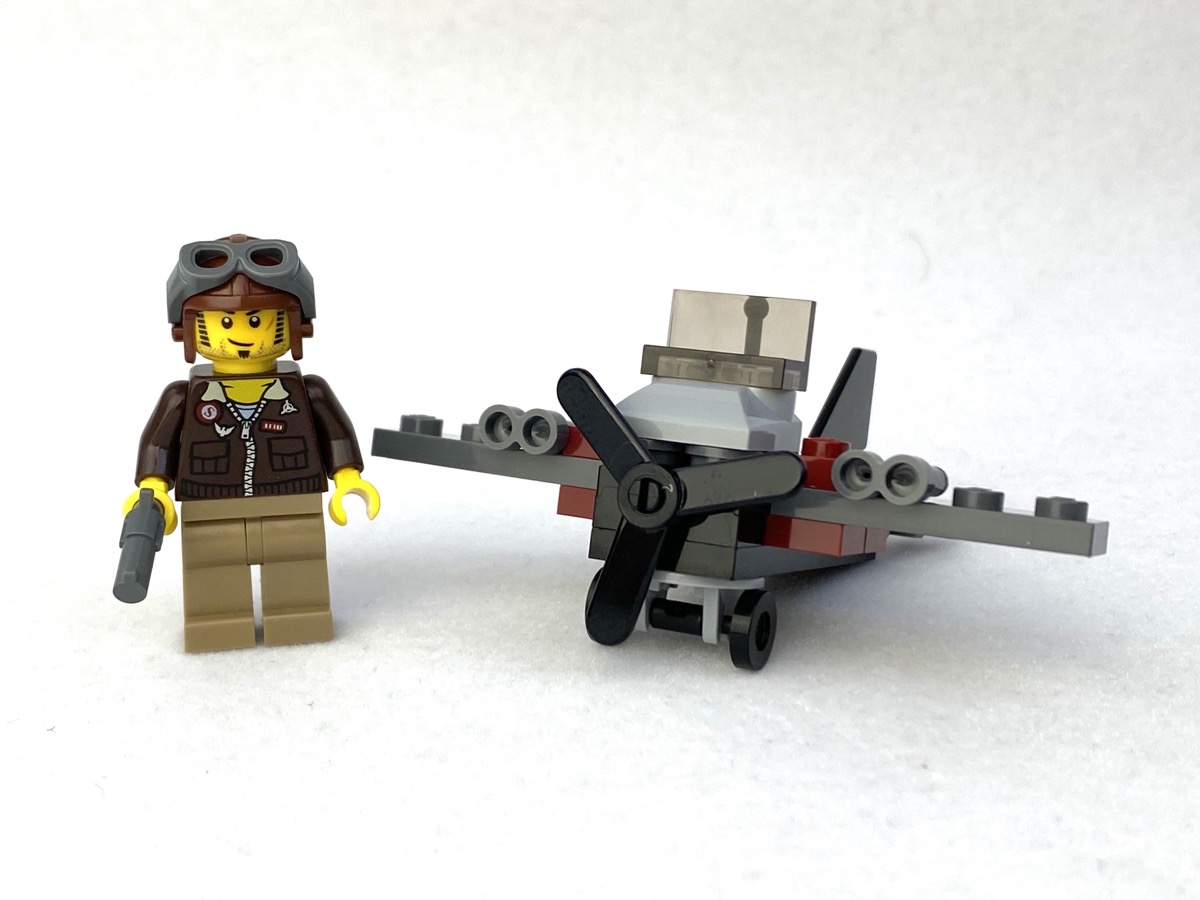 Today’s set, 30090 Desert Glider, was a newspaper promotional polybag from the UK. All you had to do was get a newspaper that had a voucher inside, and then take the voucher to a participating toy store and exchange it for this set. So it was essentially getting LEGO for free. I am fortunate enough to have a friend there who traded this set to me along with a few others. This set is based on the short-lived Pharaoh’s Quest theme. 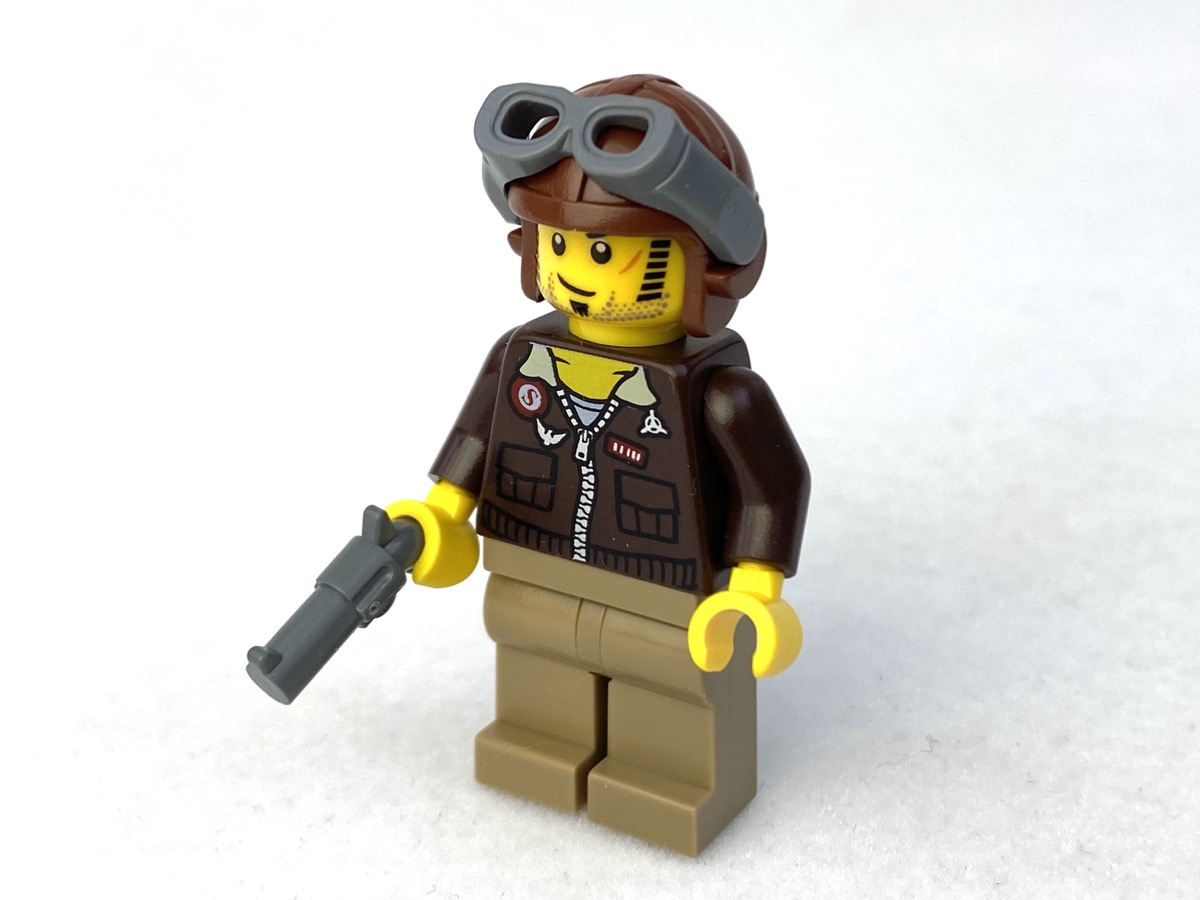 It comes with a small airplane and a Jake Raines minifigure. The minifigure is not unique, but it only appeared in other set. The torso detail falls in the Goldilocks territory, with the silver printing really making some of the details pop. The head is not double-sided. The mutton chops have these style lines making him look a little Pharaoh-like. I don’t know the story of Pharaoh’s Quest but maybe that was intentional? Is Jake Raines a descendent of a famous Pharaoh? It would be a neat little story twist but I doubt LEGO put that much thought into this one-and-done theme. That being said, I find the face a bit off-putting as the density of the amount of detail is far greater than the torso. 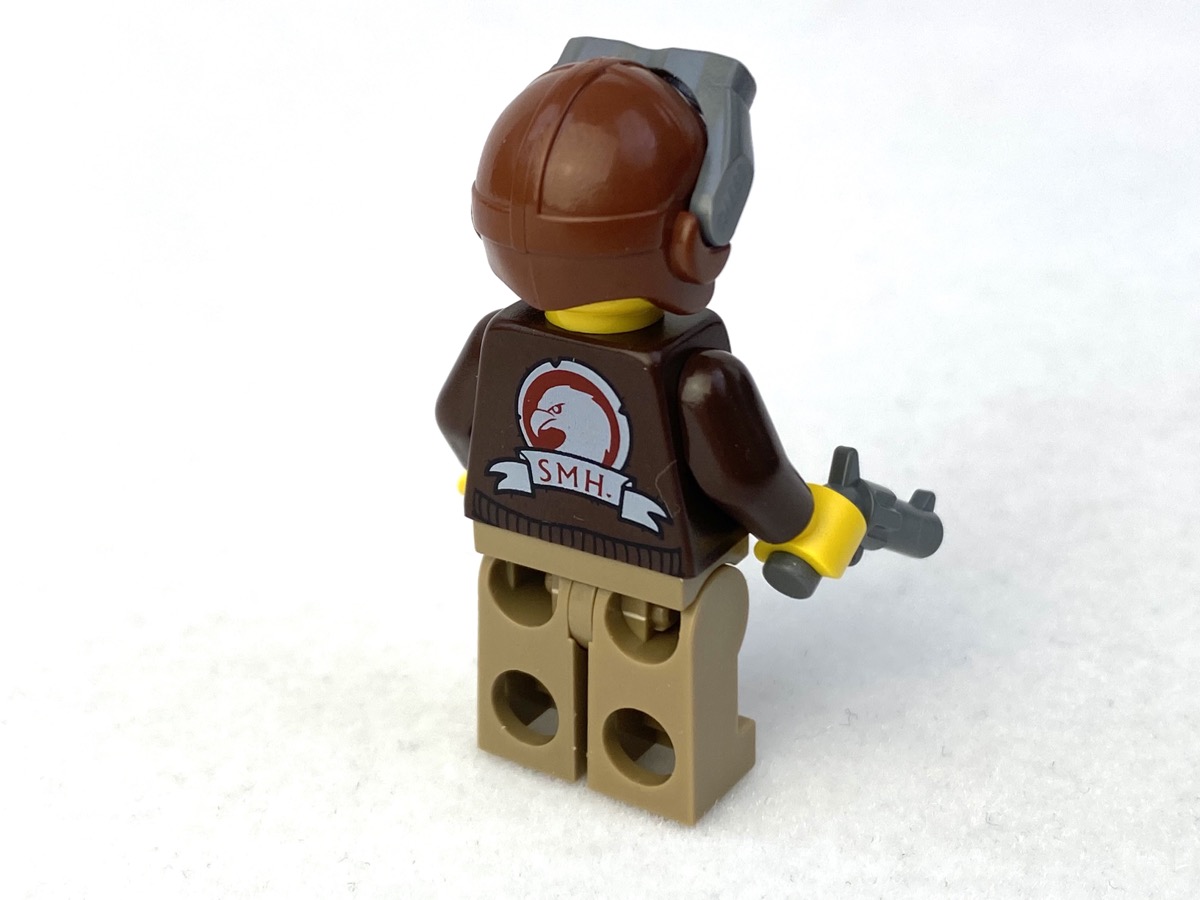 The back of the torso has a print of the SMH logo of a bald eagle’s head. I don’t know what SMH stands for. Super Mummy Hunters? 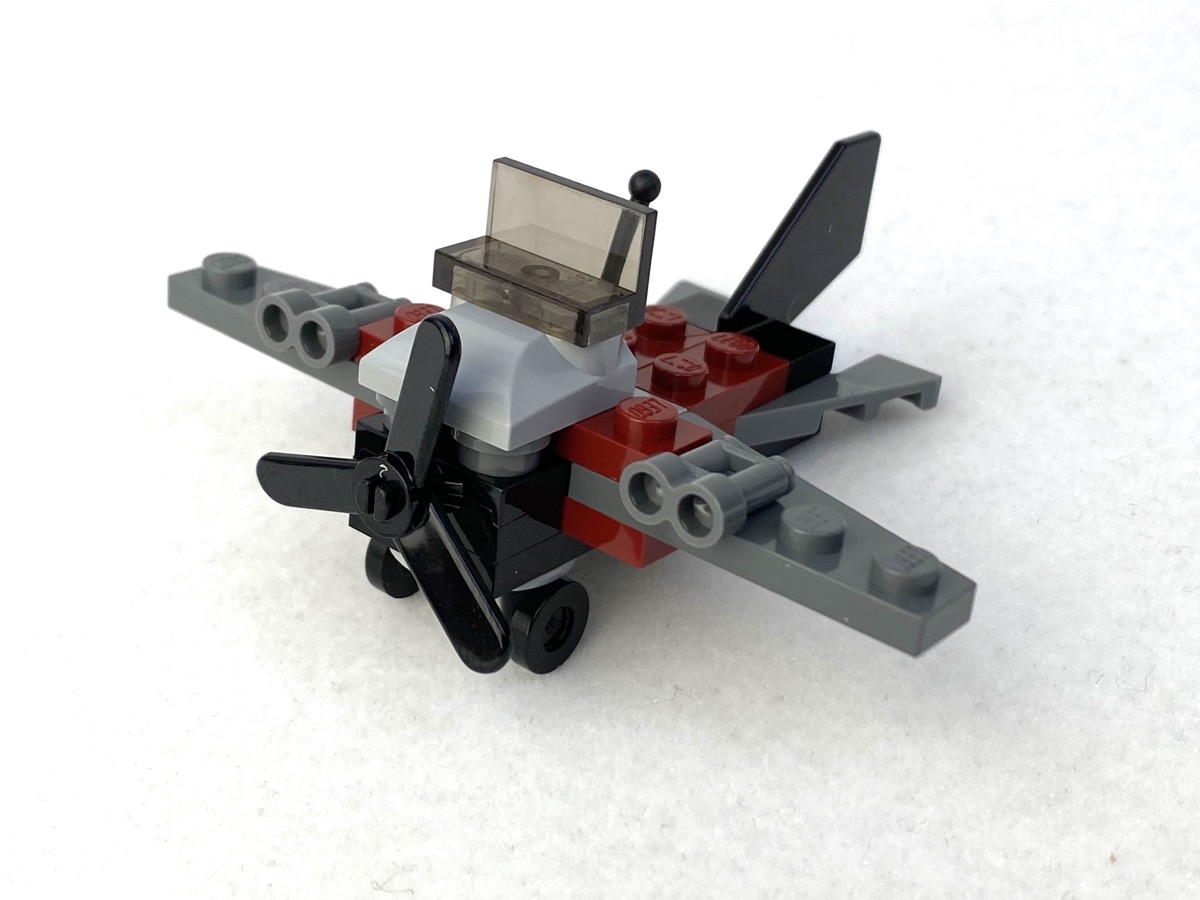 The minifig is great and all, but the real star of the show is the little airplane. The polybag says glider but glider’s don’t have propellers so I’m going with airplane. It’s a very Chibi-fied version of a plane. You might even use it as a basis for a Merry Go-Round. There’s no cockpit of any kind, just an area for the minifig to sit. But everything else about it is an airplane: control stick, tail fin, wings, propeller, landing gear. Also, there are binoculars on each wing. To me they look like pew-pew guns, or maybe even lights? 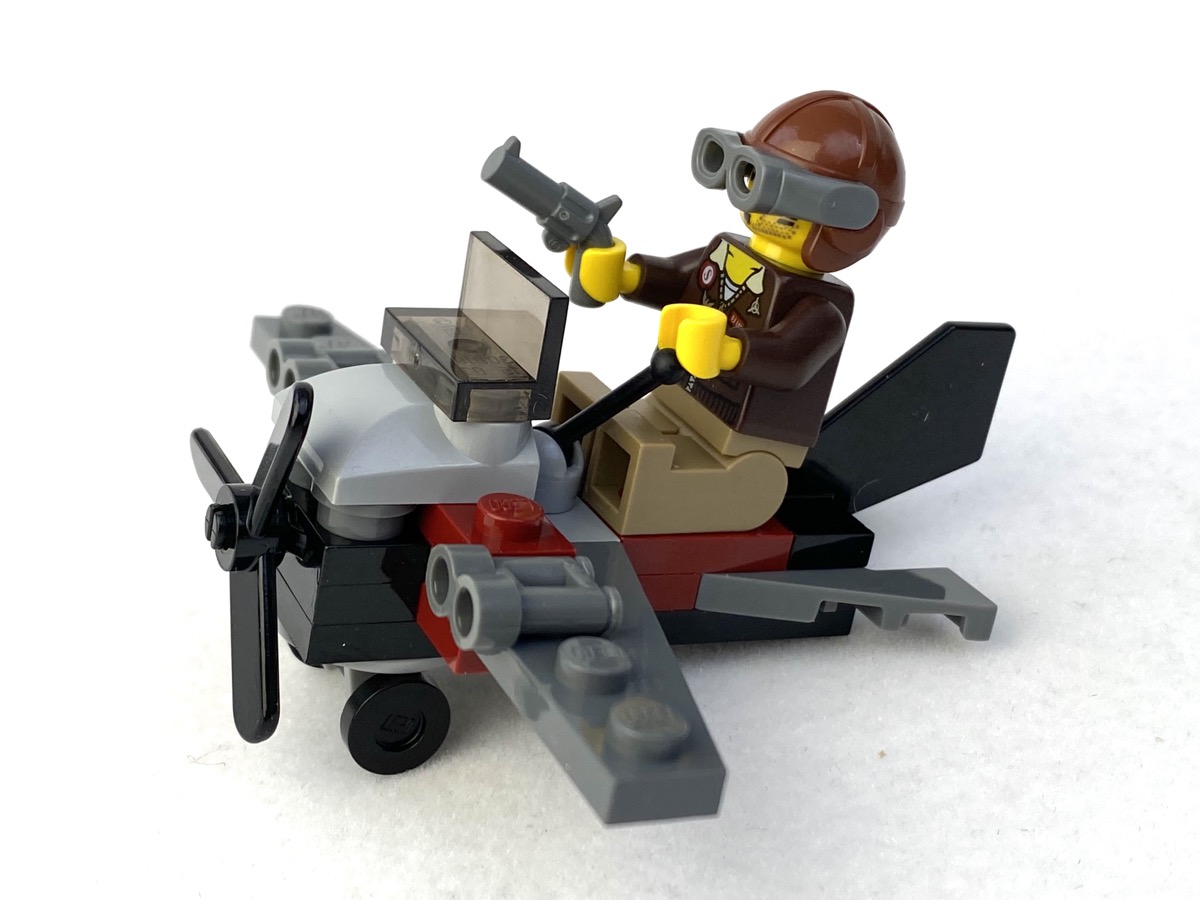 In the interest of full disclosure, I had a dark red 1×2 plate crack on me as I snapped it onto the build (LEGO’s fault). Also, while unfolding the instructions, I was a bit too vigorous and ripped it along one of the fold lines (user error). 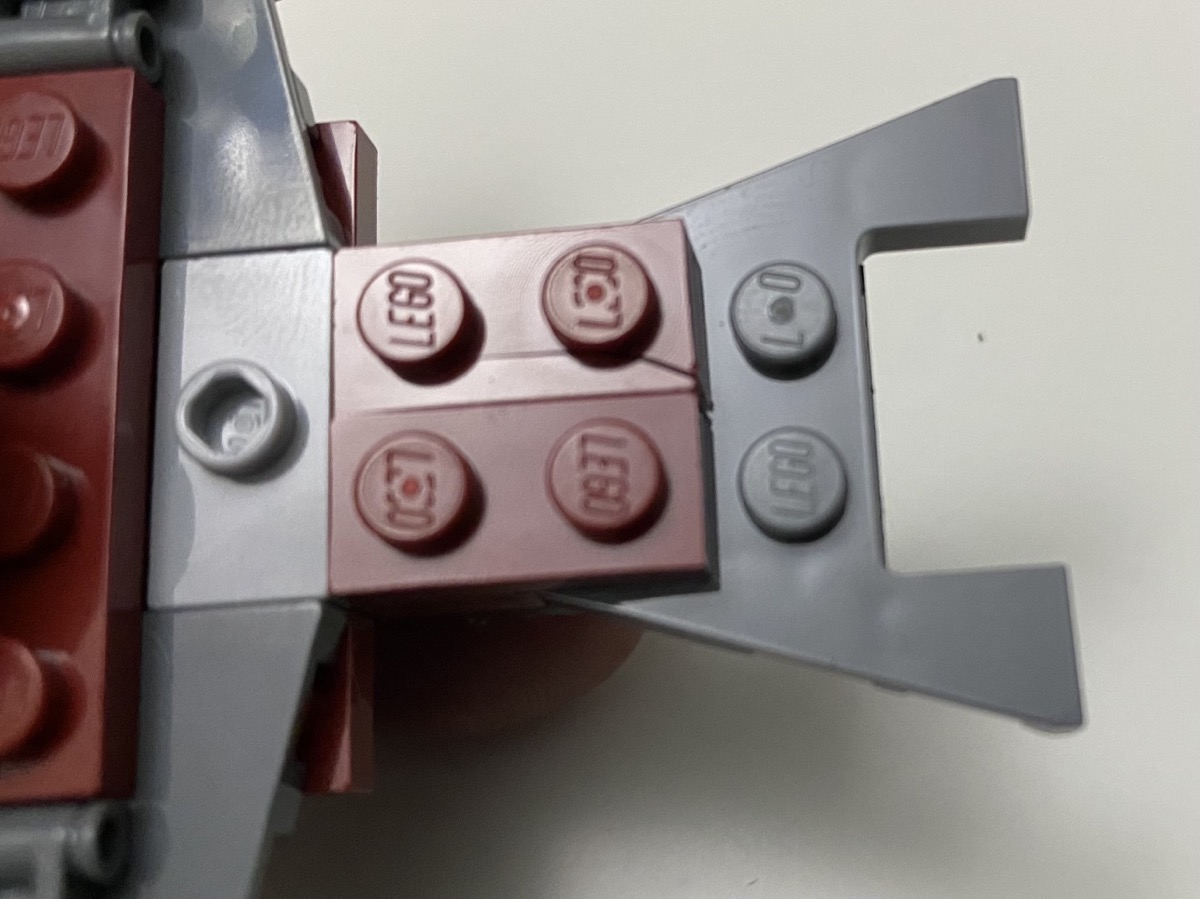 This set rocks! It’s a super cute little airplane that when you pick it up you just want to swoosh it around while making whiny propeller noises and wobble it in the air. Pharaoh’s Quest may not have lasted long, but at least we got this cool little promotional polybag set.