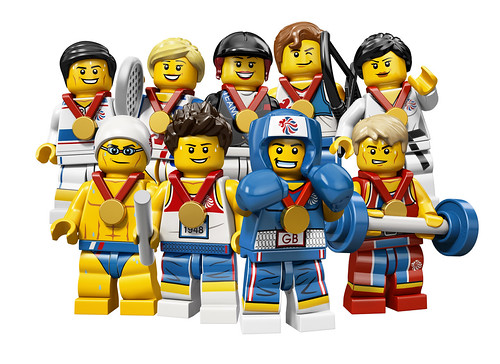 They do exist! To be honest, when these were first leaked, I thought it was a really well done April Fool’s joke or something. I didn’t investigate any further as to their veracity, figuring it would reveal itself in some official capacity if the line were real. And I was right! 8909 Team GB LEGO Minifigures goes on starting July 1 2012 at Argos, Tesco, Sainsburyâ€™s, Asda, Hamleys, WH Smith, John Lewis, Smyths, and Toys R Us stores and will be priced at £1.99 each. There are 9 different figures to choose from. Pictures of the individual minifigures and the official press release are below: 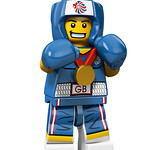 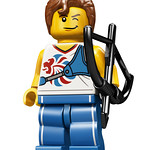 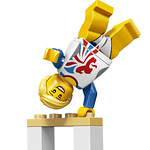 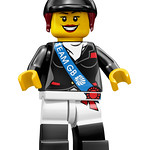 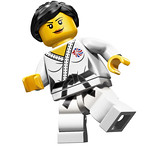 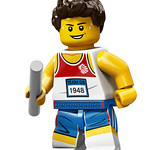 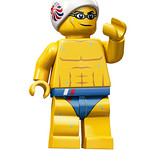 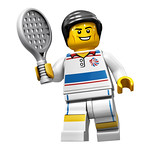 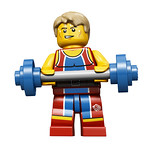 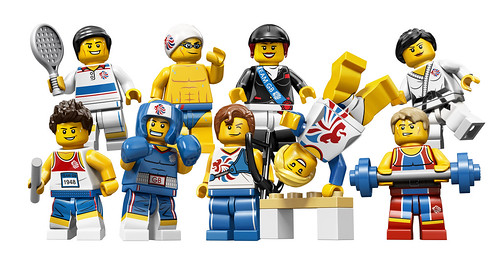 To celebrate the London 2012 Games, the number one selling toy in the UK market* is back with an exclusive special edition line of Team GB LEGO Minifigures

With less than 71 days to go until the UKâ€™s biggest sporting event of the century, for the first time in history LEGO has launched a special edition range of Team GB Minifigures. The collectible range will only be available in the UK to commemorate this once in a lifetime event for the nation.

The Team GB LEGO Minifigures spark the sporting imagination, so you can stage your very own Games.

At just Â£1.99 each, the Team GB LEGO Minifigures will be in stores from 1st July 2012 in John Lewis and other good high street retailers.

There are nine exclusive Team GB LEGO Minifigures in the line-up, including:

Brawny Boxer
Punching his way to the top, this lean machine in blue is ready to float like a butterfly and sting like a bee for Team GB!

Relay Runner
Sprinting to reach the winning line, could this give Team GB a relay team victory?

Judo Fighter
Taking down her opponentâ€™s one at a time, this mistress of martial arts knocks down anything in her way to grasp that gold medal.

Tactical Tennis Player
First on the court in his gleaming whites, this tennis ace will knock the white socks off of any competition.

Flexible Gymnast
Balance and co-ordination is the name of the game for this agile Olympic contender.

Wondrous Weightlifter
Powerlifting his personal best, the crowd looks on as this burley guy weighs up his chances of going for gold.

Horseback rider
Riding her way to the last hurdle, this athlete wonâ€™t be horsing around when it comes to winning!

Agile Archer
Complete with bow in hand, letâ€™s hope this little fella will be on target on the day!

Find out more about LEGO Minifigures at minifigures.LEGO.co.uk.

The Team GB LEGO Minifigures will be in available from July 2012 in the following stores: Argos, Tesco, Sainsburyâ€™s, Asda, Hamleys, WH Smith, John Lewis, Smyths, and Toys R Us.

LEGO and the LEGO logo are trademarks of the LEGO Group Â©2012 The LEGO Group
The LEGO Group is a privately held company based in Billund, Denmark. The company is still owned by the Kirk Kristiansen family who founded it in 1932.

The LEGO Group is engaged in the development of children’s creativity through playing and learning. Based on the world-famous LEGOÂ® brick, the company today provides toys, experiences and teaching materials for children in more than 130 countries. The LEGO Group has approximately 10,000 employees, and it is the world’s third largest manufacturer of play materials.

LEGO products are sold in more than 130 countries worldwide.