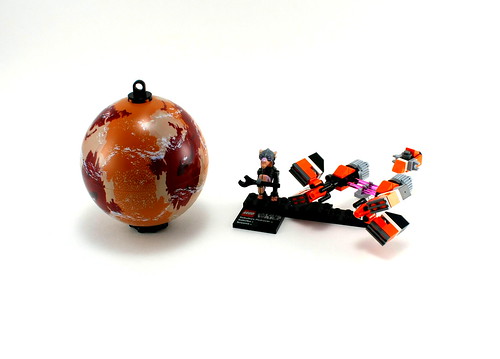 The second offering in the Series 1 Planet Sets re-hashes a previously released mini and takes us on a trip to possibly the most iconic planet in the Star Wars series, but is it a trip worth taking?

That’s difficult to say and will depend on you answering yes to at least one of these questions: Are you addicted to mini sets? Did you buy 30057 Anakin’s Podracer and wish you could re-enact a tiny Mos Espa race scene? Did you miss out on the excellent Sebulba minifig in 7962 due to the hefty price tag? If you said yes to one of these then you should strongly consider this set, but if you said yes to all three then I’m not sure why you’ve waited this long. I’ve already covered a lot of the general observations on the line in 9674 Naboo Starfighter & Naboo review, so this one will be short sweet and straight to the point. 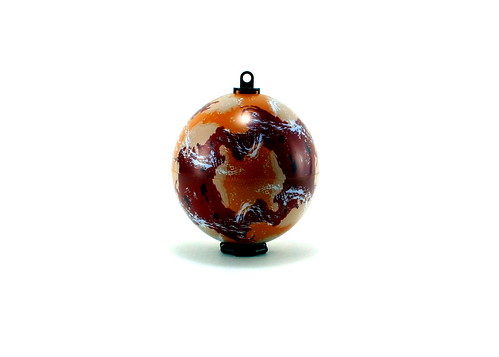 The planet looks good overall, but it again suffers from a cartoony printing that doesn’t really portray the dry, bland look of the dustball that is Tatooine. The printing matches up on the two halves very well and other than being too vibrant it’s still a nice addition to the line. I’m hoping we’ll get at least one more series after these first two so we’ll end up with enough planets to build a decent solar system for those of us who are so inclined to do so. 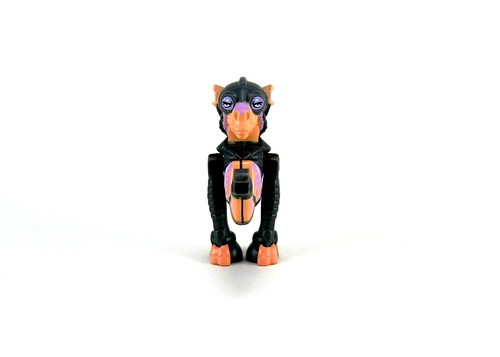 The minifig is same one from 7962 Anakinâ€™s and Sebulbaâ€™s Podracers and it’s a great opportunity to get it without forking over a Benjamin. Was it the best fig in that set? No, that title would have to go to Watto, but it was a dynamite upgrade and a one you really need if you want to play out the podracer scene. On the other hand, this is a very specific figure, so it’s doubtful anyone would ever consider buying more than one to build an army then part out the rest of the set on Bricklink. This is strictly a set to buy because you like the look of the set or for the sake of completion. 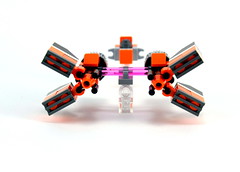 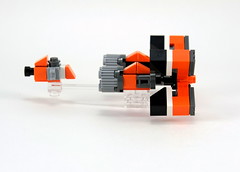 The mini build is a nice upgrade as well. 4485 MINI Sebulba & Anakin’s Podracers was a nice little set for it’s time, but with new parts and techniques it was a great time to give it a facelift. The engines have been bulked up and given a much less studded look with more attention to detail like using the newer 2 x 2 round grill brick for the tail end of the exhaust ports. Some may not like that they ditched the staight forward tubular build of the nacelles for a more brick-built approach this time, but I think it works and really helps it fit as a great compliment to 30057 Anakin’s Podracer. The pod itself has been given a bulkier structure while some of the detail has been oddly taken away with the inclusion of grey clips on the sides of the pods instead of orange and the exclusion of the rounded thrusters (is that what those things are supposed to be? That’s always bugged me.) on either side. 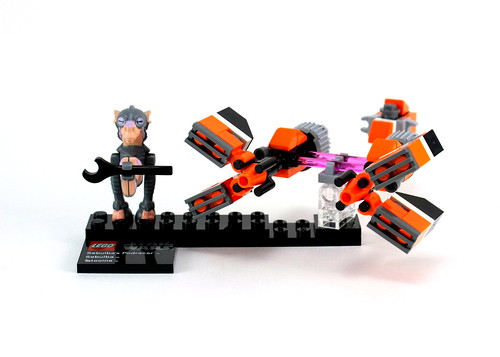 The stand is pretty much the same deal as last time, but it actually works better in this model because the trans clear bar used to hold the podracer together attaches to an actual stud instead of a technic pin that allows the Naboo Starfighter to swing around too much. I may have forgotten to mention that in the 9674 review and I found it quite annoying. Otherwise, the printed tile again is a nice touch to this simple but interesting build.

Vedict: Get it for the sake of completion or round out an order to score an exclusive figure on LEGO.com. If you don’t like the Planets themselves and already have a Sebulba then this is not the set you’re looking for. Unless you really love mini sets and already have Anakin’s new pod on you desk ready to race. 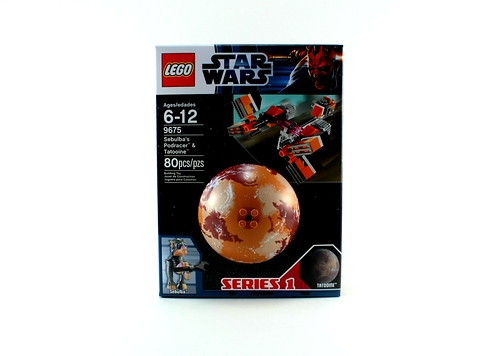