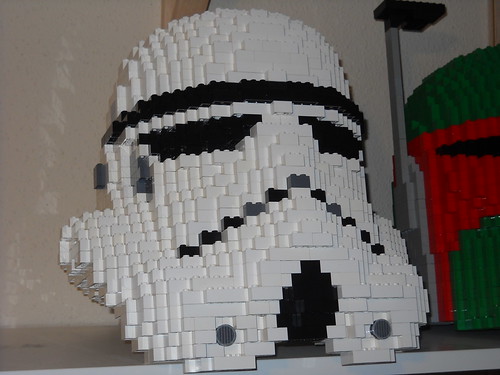 With Halloween just around the corner, I thought I’d take a look at LEGO’s influence on the costuming world or lack there of some might say. I had planned on doing this earlier in the month in the off chance it might inspire someone desprately looking for a unique costume they could dazzle their geeky friends with, but obviously that didn’t happen. For some folks though Halloween is just an excuse to wear a costume one more day of the year, so this is for all the cosplayers out there looking for a way to stand out in the crowd.

I’m going to split this into two catagories to keep it simple. The first is more for the builders out there and the second is for costumers, but depending on which way you go you don’t necessarily need a lot of skill in either area to pull off something eye-catching. This first catagory is brick built and there have already been some doozy’s. Benny Brickster’s Master Chief and SIMAFOL’s Boba Fett costumes are fantastic examples of how passion for the brick and the character can manifest in a jaw-dropping costume. 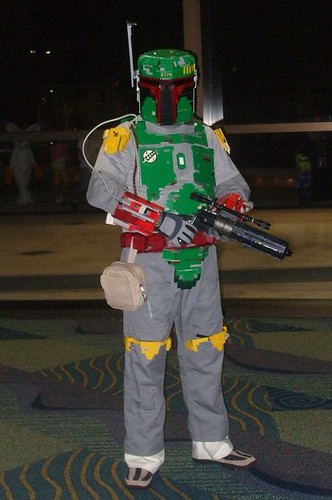 These are also examples of incredible skill, patience or inventory and they may be too big an investment for some to attempt, so maybe a less intensive mask only approach (like the stormtrooper sculpt pictured before the jump) would be more your speed. 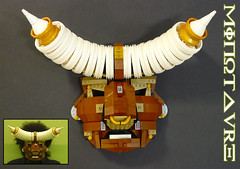 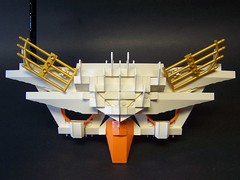 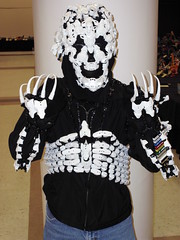 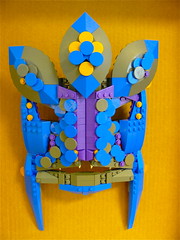 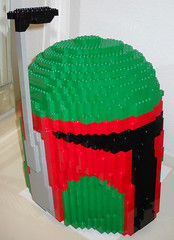 I’ve been experimenting with something along these lines for some time and let me tell you, it ain’t easy. One way or another don’t let anything stop you if you set your mind to it. You have to admit the possibilities are intriguing. You could be the first brick built member of the 501st, a Cyberman, the Shredder of TMNT fame, or how about a sword toting Red Sonja? For that matter I’d bet a brick built bikini would ensure you stood out in a sea of slave Leia’s.

…it can simply be the material you use to craft something special.

The second catagory may take less skill with the brick, but the effort you put in will reflect your respect for it. 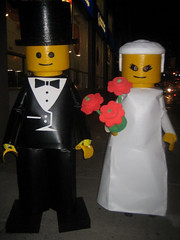 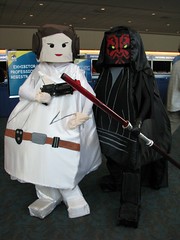 I don’t want it to sound like I’m cheapening the work folks put into these creations. Costuming is HARD! It’s not easy to take the picture of what you want from your mind or favorite image from a comic book and translate it into a perfect costume. Having said that, there’s always someone who won’t stop until it’s perfect, or as close as humanly possible.

Don’t feel your only LEGO costume option is a minifigure, just make sure one way or another you prepare yourself to get a LOT of attention. LEGO may be a niche as a hobby and way off the radar as far as general cosplay goes, but guaranteed if you dress up like a giant brick you’ll probably here “Oh my god LEGOS!” more than once. 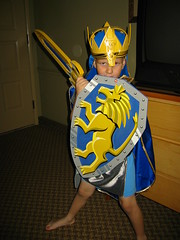 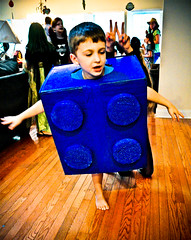 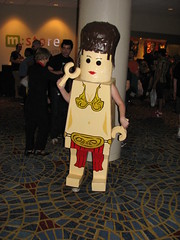 One last tip for the cosplayers in the crowd. Once you’ve put all that work into crafting your costume try to remain in character as much as possible. You don’t want people to think you’re crazy. 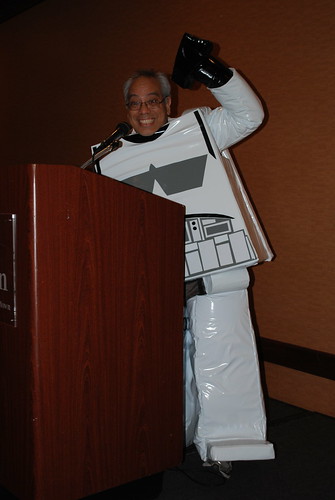