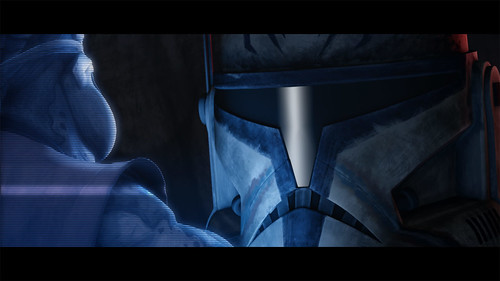 Clone Captain Rex has been given the impossible task of marching his troops overland through a ravine bottleneck in a frontal attack against an Umbaran airbase. Though he disagrees with his commanding officer’s tactics, Rex is devoted to his duty.

The preview video for the next episode of The Clone Wars is up. Check it out, and then watch “The General” this Friday night.